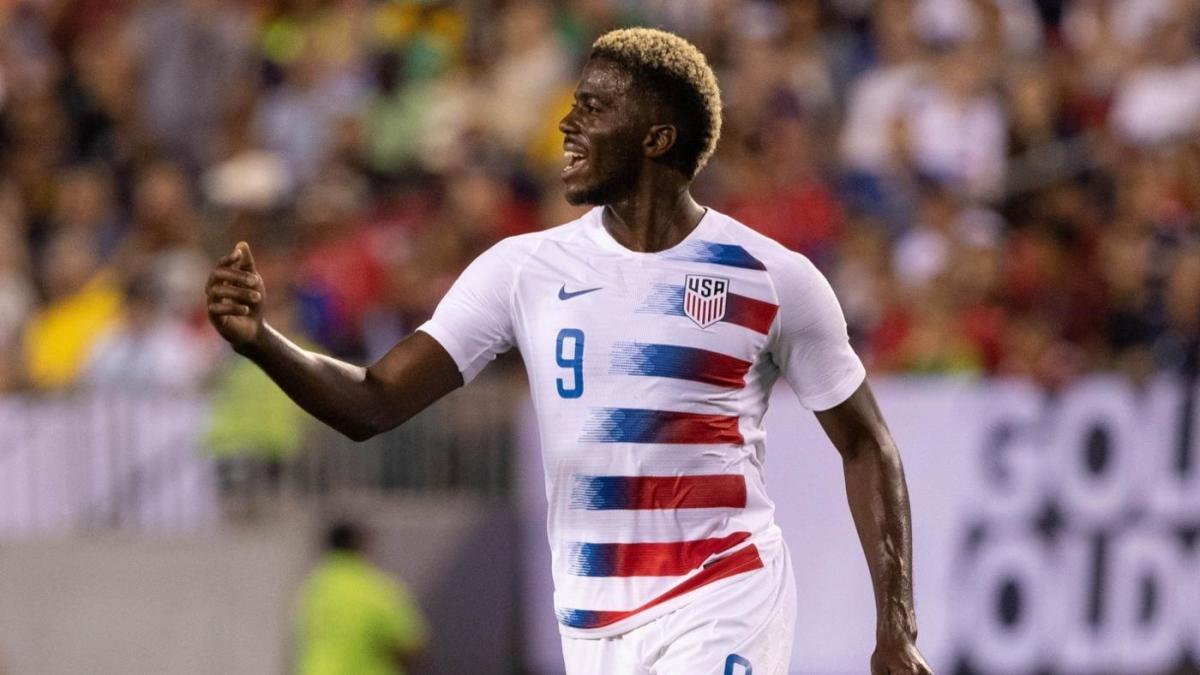 The United States men’s national team slipped into the Gold Cup semifinals with a troubling 1-0 win over Curacao on Sunday night. The U.S. was out-shot and at times outplayed, getting a goal in the first half that proved to be enough, yet Curacao felt like it had a good chance of equalizing for much of the second half. There weren’t many standouts in the game, as many performances were plagued by sloppiness and a lack of organization. Here are the grades for the USMNT after this one:

GK – Zach Steffen: Was forced to do more than he probably anticipated. He was sharp for the most part and pulled off some good saves in the second half. Defense let him down.
Grade: A

RB – Nick Lima: The effort was there, but the execution always wasn’t. Didn’t have his best game, but he wasn’t that bad.
Grade: C

CB – Walker Zimmerman: Normally quick to close down and also did well to recover the ball and get it forward.
Grade: B

CB – Aaron Long: Caught watching at times but had some strong challenges in the air. The defensive concerns were more in the middle.
Grade: C

LB – Tim Ream: Not the sharpest. Will give you all of his effort but sometimes he just gets turned around too easily.
Grade: C

CDM – Michael Bradley: Marked fairly well early on, but it got worse as the game went on. Sloppy passing as well and never felt like much of a threat with the ball.
Grade: D

RW – Tyler Boyd: Some quality runs, but he was also careless with the ball at times. Taken off in the second half.
Grade: B-

CM – Christian Pulisic: Lovely assist to McKennie, constantly creating. The difference maker in what was a poor overall team performance.
Grade: A

CM – Weston McKennie: His passing was sharp when he got the ball, and getting his second international goal had to feel good. Didn’t get to make a huge impact outside of the goal but was the hero.
Grade: B+

LW – Paul Arriola: Love the effort. With Curacao having more of the ball, it didn’t go Arriola’s way much. Should have had an assist after serving Pulisic and Gyasi Zardes up on a platter.
Grade: B+

ST – Gyasi Zardes: One good chance late that he skied over. Time to bring on Jozy Altidore as the starter. He’s a decent option off the bench and nothing more. Not all his fault, but Altidore’s strength helps hold the ball up, and this team needs that.
Grade: C

RW – Jordan Morris: Played a half an hour but saw very little of the ball, thus had next to no impact.
Grade: C

Gregg Berhalter: Didn’t like the Gonzalez sub, as it should have come sooner to try and hold on to the result. Had a sub unused and needs to figure out what’s going on at the No. 9 position. Lots of questions, few answers.
Grade: C

You can see USA vs. Jamaica on Wednesday on fuboTV (Try for free).