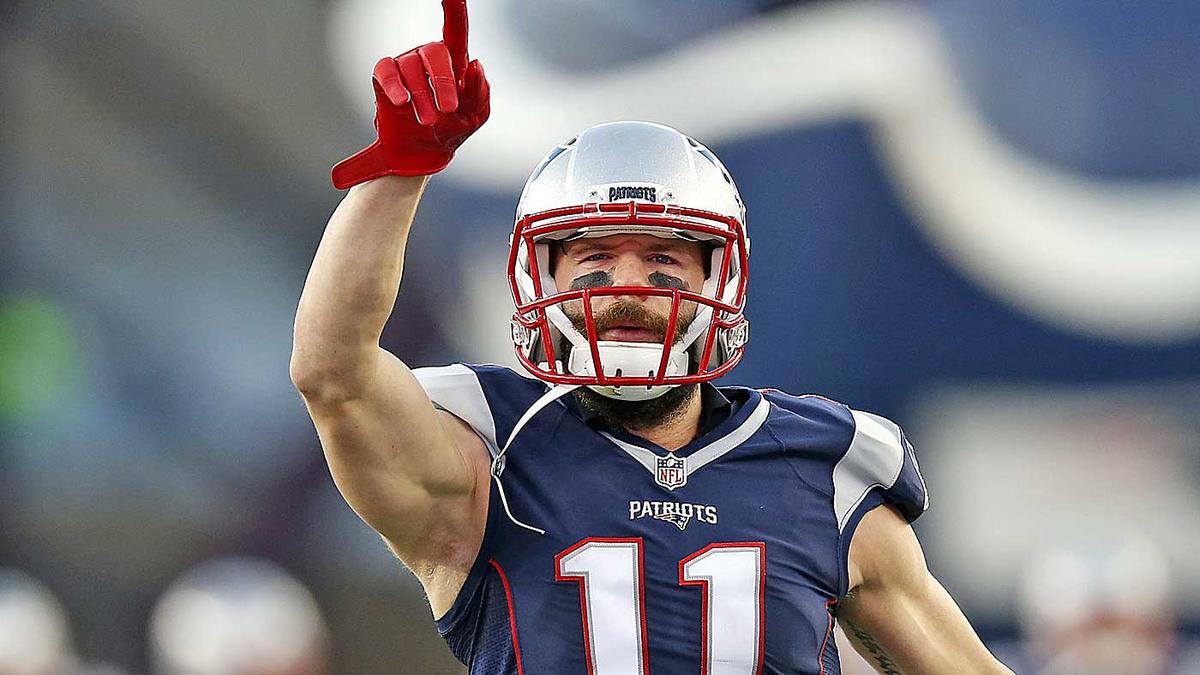 Between 2017 and 2019, Julian Edelman went from seriously injured and suspended to breaking playoff records and being named Super Bowl MVP.

On Friday night, that journey will be the focus of “100%: Julian Edelman,” a Showtime documentary on the New England Patriots wide receiver that makes its TV premiere at 9 p.m. ET after a red-carpet unveiling in Foxborough the night before.

Edelman did his fair share of press touring in February following Super Bowl LIII, in which he captured MVP honors for catching 10 passes for 141 yards against the Los Angeles Rams. But “100%” is meant to offer a more intimate look at his ups and downs in the lead-up to the Super Bowl spotlight, specifically his personal struggles during recovery from a season-ending ACL tear in 2017 and a four-game suspension for performance-enhancing drugs the following year.

As suggested by its trailers and the narration of actor/comedian Michael Rapaport, the 73-minute film tackles Edelman’s recent history with plenty of humor — Patriots legend and Edelman friend Tom Brady is among those with playful cameos. The receiver has also said it dives deeply into the importance of fatherhood, with his own dad, Frank, serving a prominent role in Edelman’s documented backstory. Snoop Dogg, Mark Wahlberg, Deion Sanders and Michael Strahan are among others billed to appear in the story.

Executive produced by Edelman himself, “100%” was created, co-written and co-produced by the wideout’s business partner, Assaf Swissa, and is currently available on Showtime for on-demand streaming.