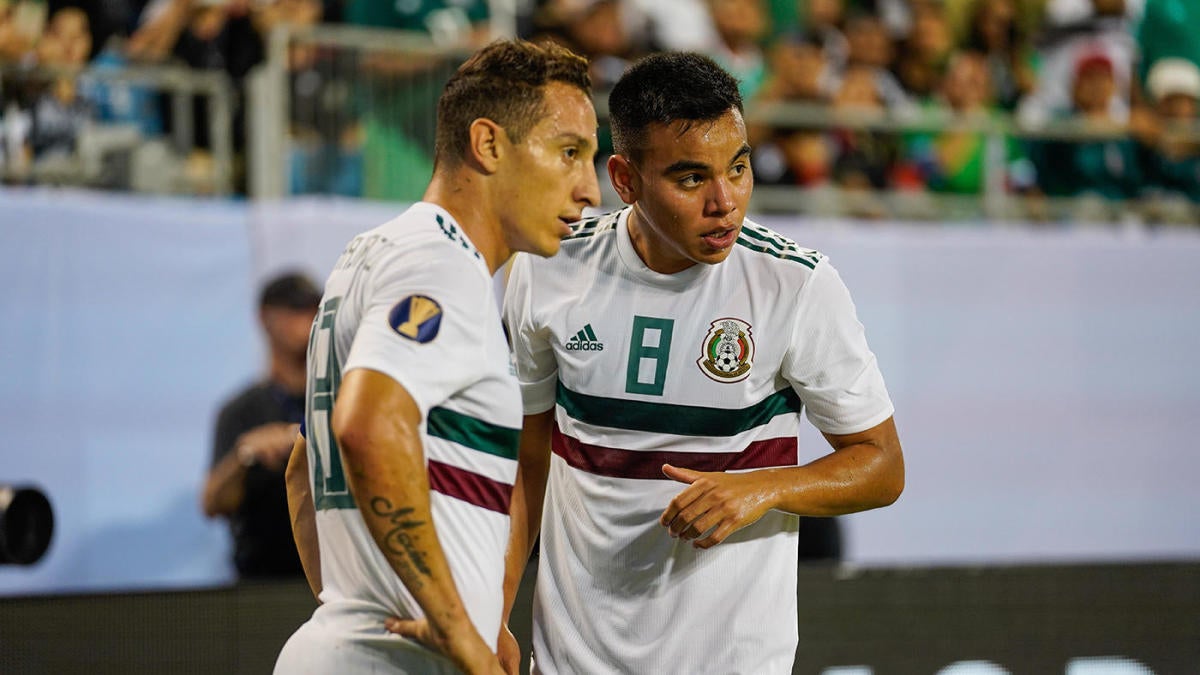 The 2019 CONCACAF Gold Cup group stage is in the rear-view mirror, which means only teams remain as we approach the knockout stage. The quarterfinal action kicks off on Saturday with Haiti facing Canada and Mexico taking on Costa Rica. On Sunday, it’s Jamaica vs. Panama and the United States taking on an upstart Curacao squad. You can stream every Gold Cup match via fuboTV (Try for free).

The United States and Mexico, arguably considered the cream of the crop and the big favorites, are still alive, as is Jamaica, the only team to make the last two finals. Here’s how the team’s rank ahead of Saturday. You can watch all the Gold Cup matches on

The tournament favorites are without some key players due to injury, but they have looked relatively sharp through the first three group stage matches despite having some trouble with Martinique. Los Angeles Galaxy player Uriel Antuna has four goals in three games. Consider this team the slight favorite over USA.

The Americans are 3-0-0, but really only had one impressive display against Trinidad and Tobago. They are also without key players, which has led to impressive outings out of Gyasi Zardes and Jozy Altidore. The defense has yet to concede a goal, which is a great sign for Gregg Berhalter’s side. Consider them the favorite to make the final on the opposite side of the bracket.

The Canadians are 2-0-1 with a loss to Mexico and likely the favorite against Haiti. Jonathan David (five goals) and Lucas Cavallini (four goals) have formed quite the duo in attack and have this team believing in a deep run. They want a rematch with Mexico, and they may just get it in the semifinals.

Los Ticos were upset by Haiti to close out the group stage and put themselves in a tough spot in the quarterfinals against Mexico. Joel Campbell hasn’t been the consistent performer he was expected to be, and there is a massive drop off in this team when Keylor Navas isn’t there. Hard to see this team coming close to winning.

Who saw this team going 3-0-0 in the group stage? Now, Bermuda and Nicaragua are far from quality, but they did what they needed to do and have some confidence going forward. They are a win away from the semifinals — who saw this coming?

The 2018 World Cup participants struggled with what was essentially the USMNT B team but managed to beat Guyana and Trinidad and Tobago. Defensively, this team has looked solid and could give Jamaica some trouble. They must be sharper though.

The Reggae Boyz haven’t lived up to their high expectations just yet. Despite having made the last two finals and being undefeated in the tournament, this team drew Curacao and El Salvador — two teams it should be beating.

One of the stories of the tournament, Curacao squeaked through to the quarters and beat Honduras in the process. Can’t envision this side keeping it too close with the United States, but it’ll put forth the effort to try and pull off an upset. Two goals in three games won’t cut it though.