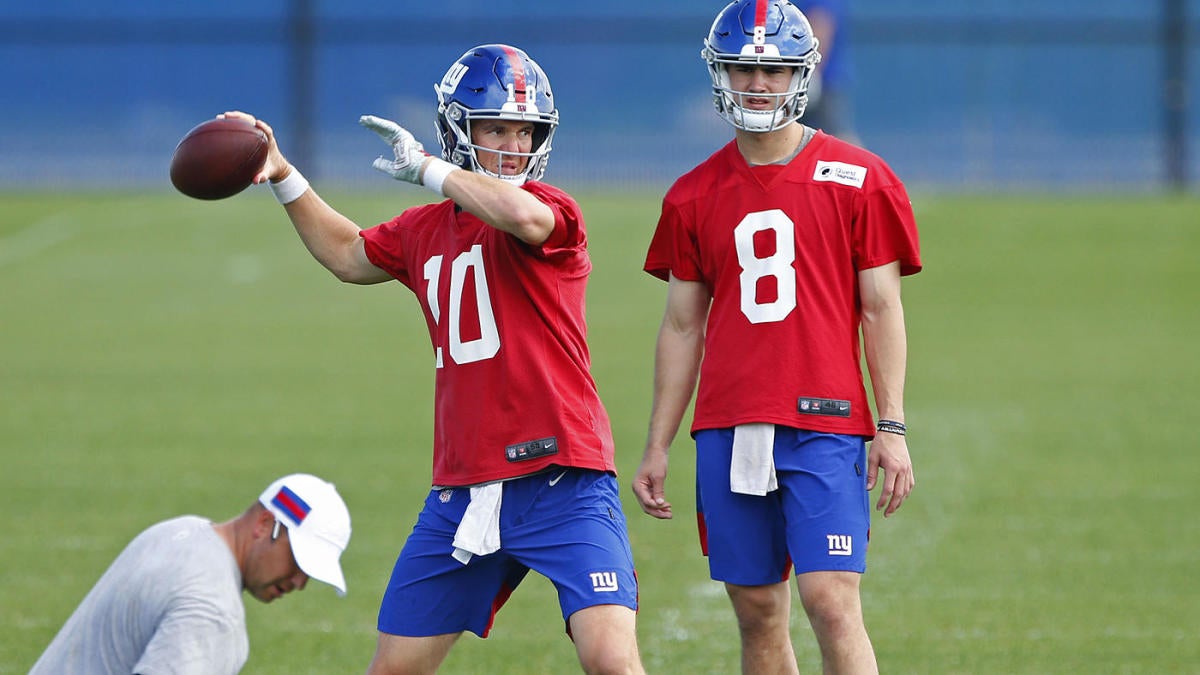 Chances are, when the New York Giants begin their season against the Cowboys, it’ll be longtime starting quarterback Eli Manning under center. All along, even after the Giants drafted Daniel Jones sixth overall, the team has behaved as if Manning is still the starter heading into the 2019 season. General manager Dave Gettleman has even gone so far as to suggest that Jones could sit behind Manning for more than just one year.

“I mean no, I don’t feel like it’s a competition,” Manning said. “I feel like I’ve got to do my job and I’ve got to compete every day and try to get better every day. That’s the way it’s been my whole life and that’s just the way I’ve always approached practice every day to improve, to earn my place on the team, to earn the respect of the teammates and do it each year.”

Again, Manning has good reason to feel secure in the short term. The Giants didn’t even have to bring him back after a disappointing 2018 season, but they did anyway. After drafting Jones at No. 6, they didn’t have to commit to Manning as the starter in 2019. They could’ve declared an open competition. Instead, Gettleman said stuff like, “Maybe we’re going to be the Green Bay model, where Rodgers sat for three years.”

Giants coach Pat Shurmur did say recently that they’ll “play the very best player,” but when he was pressed further on it, he added, “Eli is the starter.”

That said, it seems increasingly likely we’ll see Jones at some point during the upcoming season. All it’ll take is a bad stretch of play from Manning and for the Giants to drop out of contention in the NFC East, neither of which could take long. Besides, the Giants already sound like they believe Jones is ready to play in Week 1 if needed.

“I think he’d be ready to go, that’s my personal opinion,” offensive coordinator Mike Shula said in May, per Newsday. “I think he has that capability.”

So, why are they expected to sit him behind Manning at the beginning of the season? So his development isn’t rushed.

“The obvious reasons for him with Eli as our starter to be sitting is he’s going to be learning from one of the best ever in regard to preparation,” Shula said. “Not just the normal stuff, but the day-to-day operations, the routine schedule, and then all the details of the position.”

And Manning appears to be embracing his role as a mentor.

“We’ve got new guys and I’m trying to build a relationship with them and get them up to speed and so I’m trying to do my job in the quarterback room,” Manning said. “I’ve always been good with young quarterbacks, whoever’s been in there, trying to get them up to speed, teaching them about defenses or styles or what our defense plays. So I’m doing the same thing with Daniel and I’m going to be a good teammate, I’m going to do the best that I can do and help everybody on the Giants be successful.”

What will be interesting is how the Giants respond in the preseason if Jones plays well. It’s easy for the Giants to say in May and June that Manning is their starter. But if their 22-year-old rookie quarterback lights it up in the preseason, it might be difficult for them to sit him behind their 38-year-old starting quarterback who doesn’t have a long-term future with the team. At that point, the Giants would be foolish to prevent a legitimate competition from breaking out.