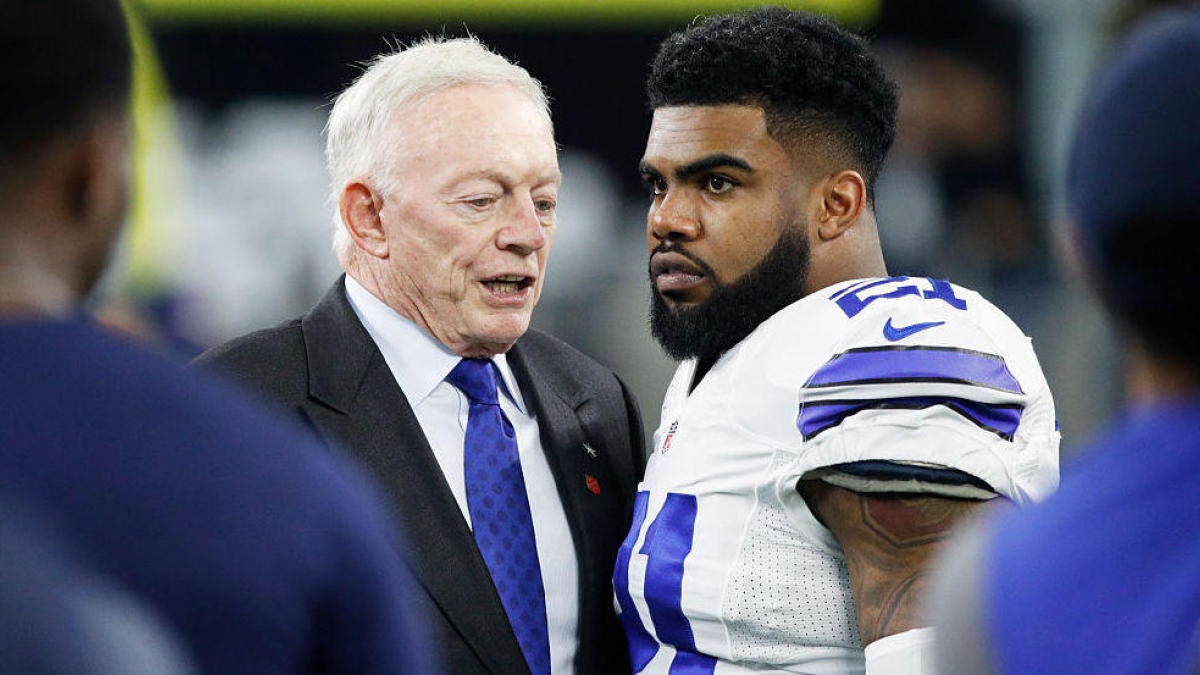 Ezekiel Elliott was taken fourth overall three years ago, he’s twice topped 1,400 rushing yards, he’s arguably the key to the Dallas Cowboys offense, and he’s easily one of the top offensive play-makers in the entire NFL.

But should Dallas even prioritize re-signing him?

Elliott’s running mate, quarterback Dak Prescott, will inevitably land a big-money deal to stay with the Cowboys, but recent reports have indicated America’s Team might be hesitant to pay its star running back — not only this offseason but in any future offseason. ESPN’s Dan Graziano, in fact, suggested Dallas could be quicker to lock up wide receiver Amari Cooper and cornerback Byron Jones, among others, before opening their pockets for Zeke.

Part of the reasoning could be Elliott’s checkered off-field history. But mostly it could be because, well, he’s a running back. And CBS Sports’ Ryan Wilson has absolutely no problem with that being the case.

“Nope,” he said on Friday’s Pick Six Podcast, when asked whether he’d commit to Elliott. “We talk about it all the time, and nothing’s changed. Yes, he is one of the two best running backs in the league. No, you don’t need to spend a sizable part of the salary cap on a running back. We were having this conversation about Le’Veon Bell. Le’Veon Bell went jet skiing last offseason, and James Conner, who makes less than a million dollars a year, did exactly the same thing.”

Pick Six host Will Brinson added that he could foresee the Cowboys handling Elliott much like they did DeMarco Murray — getting as much as they can out of their star running back before letting him pursue big money elsewhere. Wilson, meanwhile, doubled down on his opinion that Elliott is replaceable, pointing to Bell’s relatively lukewarm 2019 free agency as reason not to hype up “elite” RBs.

Sean-Wagner McGough also joins in for the mailbag edition of the podcast. Listen to the full episode below, and subscribe on Stitcher, Spotify and iTunes.