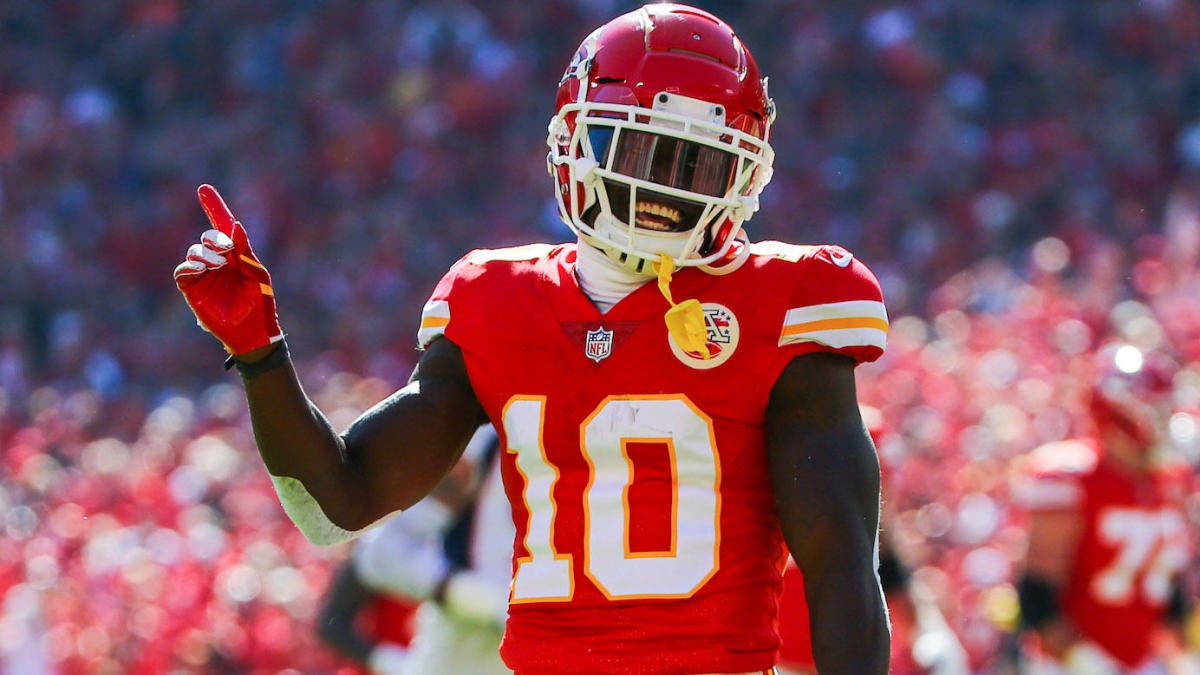 After Tyreek Hill met with NFL personnel for eight hours earlier this week, the Kansas City Chiefs are hopeful that the wide receiver will return to the team by the beginning of training camp. Per multiple reports, the Chiefs feel that Hill’s meeting was considered a positive one for the wideout, who was there to discuss allegations of child abuse that have hovered over him throughout the offseason.

The Athletic’s Nate Taylor notes that one Chiefs official predicted a maximum ban of four games for Hill.

Several officials from the Chiefs believe Hill could receive a suspension — one predicted a maximum of four games — from the NFL as soon as next month, as his threatening comments in the recording could be considered a violation of the league’s personal conduct policy. A possible next step for the NFL is to ask Hill to visit league headquarters in New York City to meet with Commissioner Roger Goodell, who reviews and determines suspensions for violations of the policy.

The Chiefs have barred Hill from taking part in team activities while the league and local authorities investigate the case. In April, an audio recording of Hill and his fiancee, Crystal Espinal, discussing the abuse of their son was leaked to a local Kansas City TV station.

The contents of the audio clip — which KCTV reported it was led to believe is part of an “insurance policy” that was given to a friend of Espinal — are incredibly disturbing. In one portion of the clip, Espinal described the couple’s son as being “terrified” of Hill, and Hill responded, “You need to be terrified of me, too, b–ch.”

Espinal also noted that their son repeatedly told law enforcement that “daddy” is the one who hit him, and she then seemingly confirmed that Hill does so when their son cries. Hill can be heard in the clip denying that he did anything to the couple’s son, but he also stated that, “You use a belt too,” after Espinal said, “What do you do when the child is bad? You make him open up his arms and you punch him in the chest.”

There were reports in late April that the criminal case against Hill and/or Espinal was being re-opened after local authorities had initially declined to press charges, but District Attorney Steve Howe later stated that the case was considered inactive. However, the reason for that, Howe said, is because authorities simply don’t know who committed the crime: Hill or Espinal. Child Protection Services (the Kansas Department for Children and Families) is still investigating the case to make sure that the couple’s son is safe.

It remains unknown whether the NFL will suspend Hill at all, or for how long it would do so. The league tends to decide these things seemingly at random, and rarely adheres to its own personal conduct policy guidelines for such suspensions. The Chiefs have previously stated that they will make the “right decision” regarding Hill’s situation, but gave no indication of what that decision would be. Yahoo!’s Terez Paylor noted that the team could re-engage in contract extension negotiations with Hill’s representatives if and when he returns to the team, so apparently they could potentially hand Hill a long-term deal worth a significant amount of money.