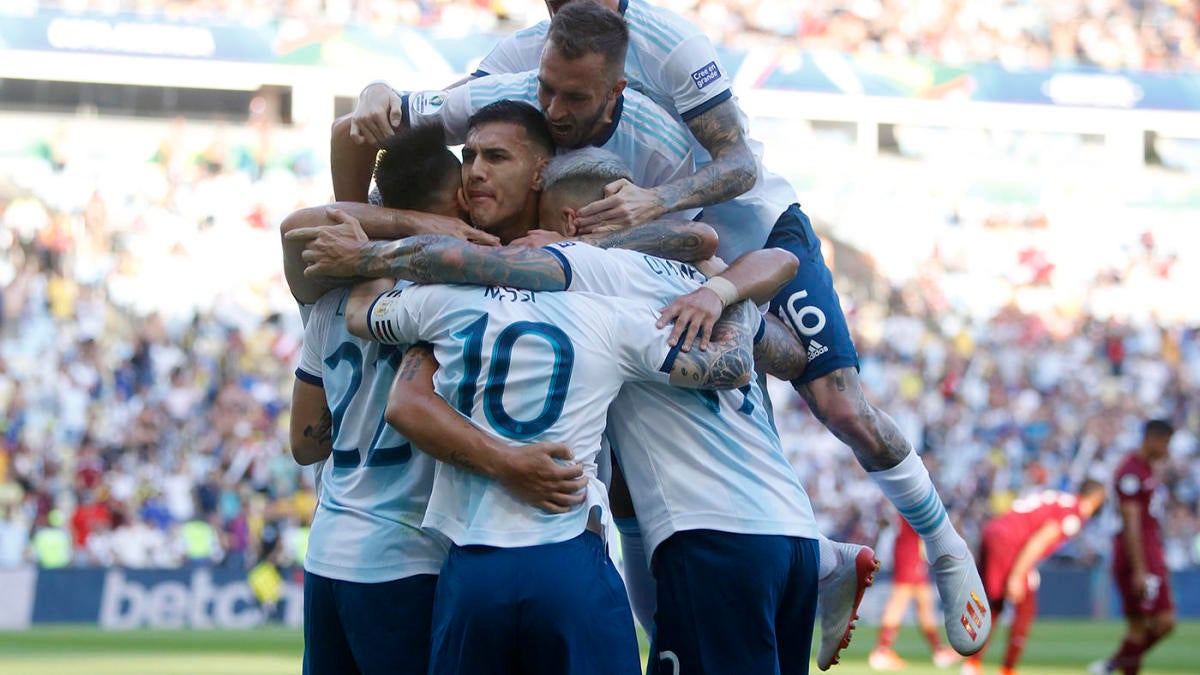 Argentina is through to the Copa America semifinals, setting up a massive showdown against its South American rival Brazil on Tuesday. Taking on Venezuela in the quarters at the Maracana on Friday, Argentina got goals from Lautaro Martinez and Giovani Lo Celso to beat the Vinotinto 2-0.

Coach Lionel Scaloni once again went with Lionel Messi, Lautaro Martinez and Sergio Aguero up front, and the Manchester City man helped set up both of the goals. Martinez scored 10 minutes in by redirecting an Aguero shot with a clever back heel to score his second goal in as many games, with this also being the winning goal:

The second half saw Venezuela look like the stronger side as it threatened time and time again, but the team could only register one shot on goal before Lo Celso killed the game off with 16 minutes remaining. Argentina had 17 shots, seven of which were on target.

Messi and company started the cup with a 2-0 loss to Colombia and a 1-1 draw with Paraguay but have since turned the corner to make the last four.

Brazil edged Paraguay in penalty kicks on Thursday night 4-3, while the other semifinal will be between the winner of Colombia and Chile taking on the winner of Uruguay and Peru. You can stream all Copa America matches via fuboTV (Try for free).