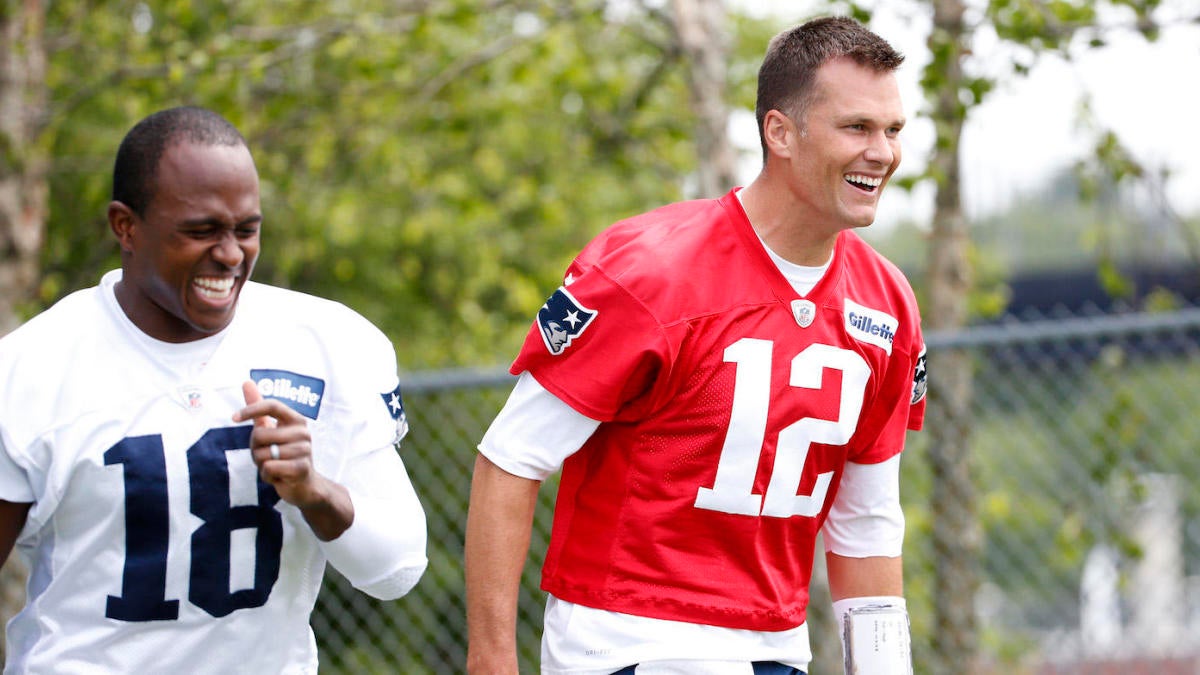 At some point, Patriots quarterback Tom Brady will succumb to the process of aging that will finally end his reign atop the NFL. Before the 2019 NFL season begins, Brady will turn 42. Although he’s still playing at a high level, he can’t do it forever — probably.

But Brady’s demise hasn’t happened yet. Brady has taken the Patriots to three straight Super Bowls, winning two of them. In that three-year span, he’s averaged 4,162 passing yards, nearly 30 touchdown passes, and only seven interceptions per season. And oh, he’s still throwing the ball at roughly the same velocity as Patrick Mahomes — the best quarterback with the best arm in football right now.

On Thursday, Brady shared a picture on Instagram that seems to capture just how well he can still throw the football (61 mph). As Yahoo’s Shalise Manza Young pointed out, Mahomes’ throwing velocity was clocked at 62 mph back in 2017. Obviously, there’s a difference between throwing the ball in June in a non-game situation and throwing the ball in a January playoff game, but still, it’s impressive.

In the Instagram post, Brady also wrote, “He’s gonna fall off a cliff.” If that sounds familiar, that’s because it’s something ESPN’s Max Kellerman said way back in July 2016.

“Tom Brady’s just about done,” Kellerman said at the time, according to CBS Boston. “It could be his next game, it could be a year from now, but he is going to fall off a cliff. Tom Brady is going to be a bum in short order.”

Brady, a former sixth-round pick, apparently hasn’t forgotten, which isn’t all that surprising. He’s had a chip on his shoulder for a while now.

As his former teammate Willie McGinest once said of Brady, “He didn’t talk a lot but he had a chip on his shoulder.” During the Patriots’ most-recent Super Bowl run, Brady talked a lot about being the underdog, even though the second-seeded Patriots were in pursuit of their third-straight trip to the Super Bowl, their second championship in three years, and their sixth championship since the 2001 season. Brady admitted that he “definitely” has “a little chip, so to speak.” He even went so far as saying, “Everyone thinks we suck.”

All of this is just a long-winded way of saying that it’s not difficult to understand why Brady would continue to use Kellerman’s criticism as motivation. He doesn’t just have to worry about pass rushers bearing down on him and would-be interceptors lurking downfield. He’s also trying to fight off the process of aging. Of course he’s going to remember all of the times he’s been doubted as he continues to wage war against an impossible force that always wins in the end.

The thing is, while Kellerman certainly wasn’t right about Brady falling off a cliff “in short order,” Kellerman isn’t wrong about the cliff. Chances are, when Brady does decline, it won’t be a slow, gradual process. It’ll happen all of a sudden, and that will be that. We saw it happen with Peyton Manning. We’ll probably see it happen with Brady too.

Brian Burke, who focuses on analytics with ESPN, explained in January how Brady will likely fall off a cliff at some point.

The analysis showed that franchise QBs don’t steadily decline over time. They typically have 1 real bad year, and then call it quits. That’s the “cliff.” And Tom Brady is a case-in-point. He’s *not* declining. But one day he won’t be the same passer and we won’t see it coming…

Since I did the analysis, Peyton Manning followed the same pattern. Did great until 1 very poor season (despite his team carrying him to a SB) and then hung ’em up. McNabb had a career yr in PHI before falling off the cliff the next year in WAS. Not that there aren’t exceptions..

Here is “THE CLIFF.” This plots the average Net YPA of franchise QBs by “years until their last season.” Notice the severe drop in their last season. They drop well below avg (the 0.0 line) and then hang up their cleats. The thing is, you don’t see it coming. pic.twitter.com/QKkkwz35NI

The point of the cliff and Tom Brady is spot on, but people misunderstand. It’s not saying Brady will fall off the cliff *this year*. The cliff says Brady will probably do great until one day he’s suddenly not and then he’ll retire.

It still hasn’t happened, but it will at some point, despite Brady’s intense commitment to his health and training. In the meantime, until it does happen, nobody should be foolish enough to try to predict when Brady will fall off the cliff. At this point, we’re better off just enjoying Brady’s greatness without worrying about when it’ll all come to a crashing halt.