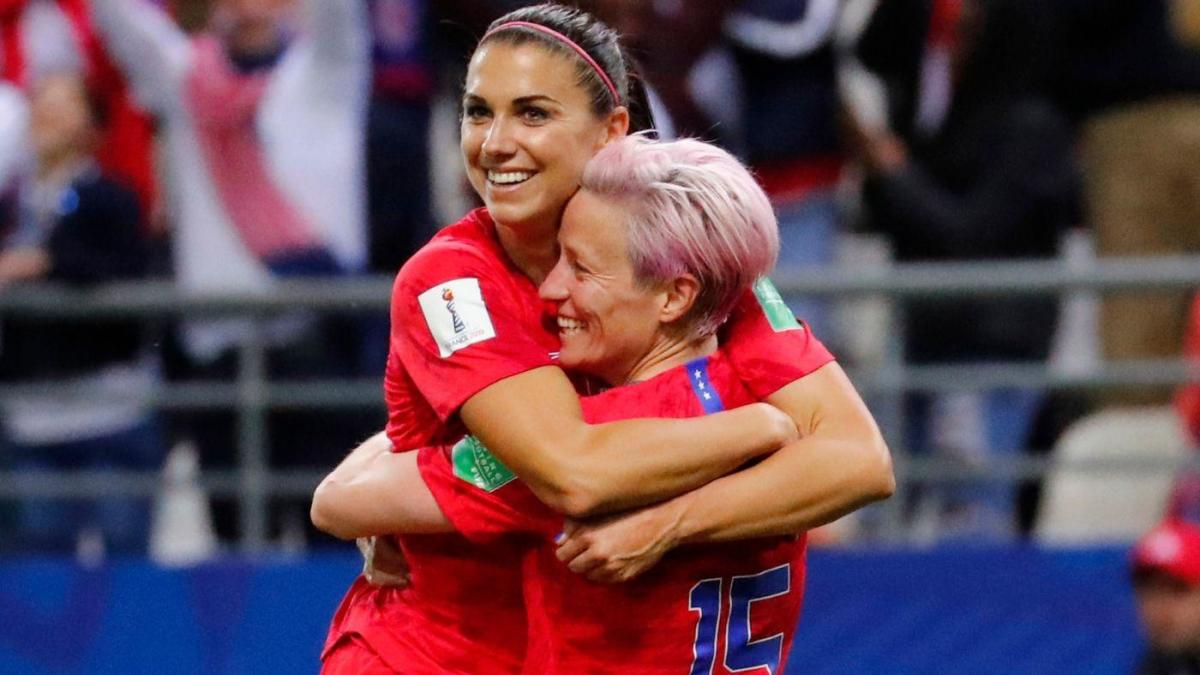 I have three picks for you below, and I’m pretty excited to be personally involved in two of these matchups. One, I’ll be headed to see the Rockies play the Dodgers tonight (on a birthday trip out to Denver with my dad and brother). Two, I will be HAPPILY supporting my U.S. Women’s World Cup team tomorrow.

That’s not personally involved, I know, but I think the idea that anyone could get miffed about bandwagon soccer fans is just ridiculous. It’s one thing if it’s like Real Madrid or Arsenal to jump on board. That’s ridiculous. But this is the daggum Americans we’re rooting for. I might not be some soccer savant, but if I want to root for my country to win the World Cup I can do it. Don’t tell me not to.

And while we’re here, the people who complained about the women scoring 13 goals? They’re soft as butter. It’s a group stage where only two teams are locks to advance. The tiebreaker is goal differential. Everyone in the group plays everyone else in the group. Don’t take it easy out of some misguided sense of sportsmanship, because that’s how you find yourself with a worse seed or on the sidelines during the knockouts.

If you can pile up goals, you pile up goals and make sure you advance with the best possible draw. Don’t cry because the women’s soccer team scored 13 goals in a bludgeoning and then celebrated it. This is the biggest stage there is, and this is why these women play the game.

And while you’re at it, in the immortal words of Pete Prisco, get off my lawn.

There was a strong temptation to back France here at +230. The market is moving in the direction, I think. But I can’t go fully anti-patriotic staring down the barrel of rooting for the women to bring home the gold. Instead, I’ll bank on a lot of scoring in this matchup, with the women willing to make a couple mistakes out of the back and some questionable goalkeeping. I don’t think France can keep the U.S. off the board, so I’m looking for a 2-1 score here, preferably for the Americans.

David Sumpter’s powerful Soccerbot model is crushing its 2019 Women’s World Cup picks, returning a healthy profit to anyone following it. Soccerbot has crunched the numbers and come up with the best bets for the U.S.-France matchup, which you can find over at SportsLine.

I feel kind of like a jerk going to Colorado and betting against the Rockies, but look at this pitching matchup. Walker Buehler, the budding young secondary ace behind(?) Clayton Kershaw who shut down the Rockies with a complete-game shutout in the last matchup, against Peter Lambert, a rookie who has an ERA over 5.00. His FIP suggest he’s unlucky, but I’m not sure that this Dodgers team is the squad you’re hoping to get lucky against. I’m tempted to take the over at 11.5 but that’s just sooooo hefty, even for Coors Field. Let’s back the better team with some road chalk.

SportsLine data scientist Stephen Oh is currently on a 100-59 MLB heater, taking in nearly $4,000 to $100 bettors, and he’s locked in three confident picks for his best bets for Thursday’s MLB slate. Find Oh’s MLB best bets only at SportsLine.

This is a hefty price to pay for a road team on the first five (the first five innings, if you weren’t aware) run line. And I’m a little hesitant that it feels kind of square and obvious to back the Nationals. But I’m not sure they’re properly priced here. The Nats have been one of the best teams in baseball over the last few weeks, and Stephen Strasburg has been a sneaky good pitcher on the road, giving up just seven earned runs in his last four road starts. He has gone six-plus innings in all of those outings, hopefully taking the Nats’ shaky bullpen out of play, which is also why I’d rather back the F5 than the hefty full game run line at -1.5 (-120) when dealing with Washington. The Nats’ bats are white hot and although Sandy Alcantara has pitched well, allowing one run or less in four of his last five starts (and just three runs during a quality start in the other one), I’m willing to back the Nats with a hot start here.

SportsLine MMA expert Kyle Marley has been massively profitable in 2019. For example, last week at UFC Fight Night 154, Marley went 9-2 and netted $100 bettors nearly $900 in profit in a single evening! Marley has locked in his picks for Saturday’s UFC on ESPN 3 card, and you can find them all over at SportsLine.