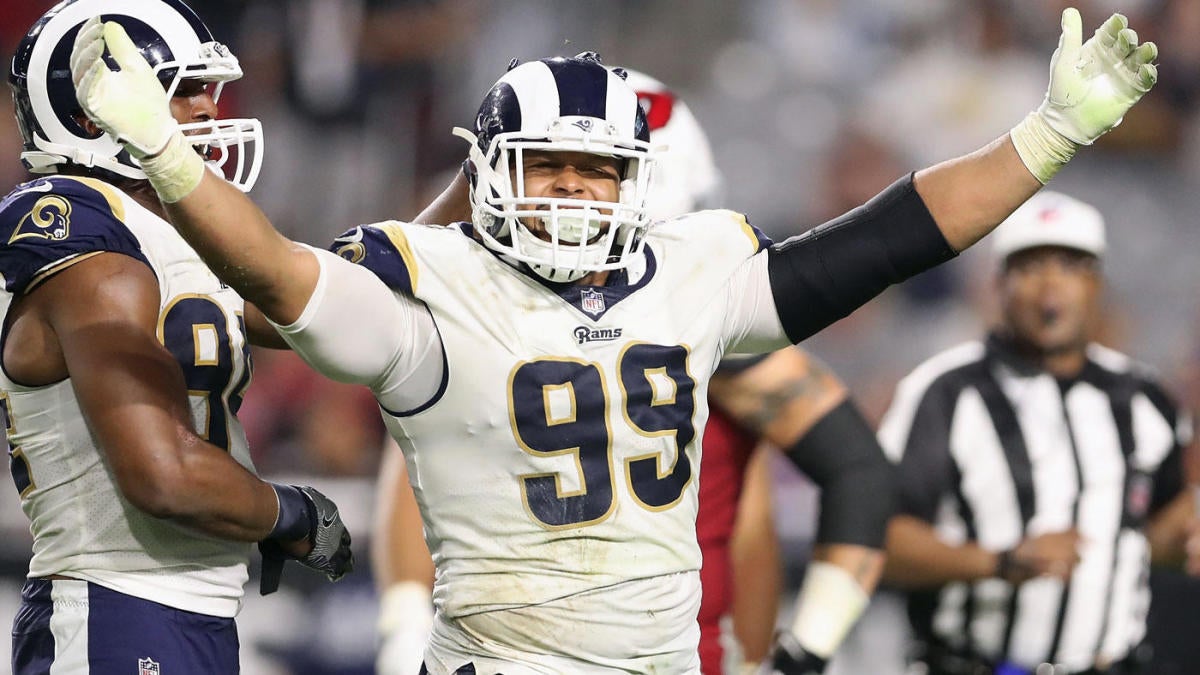 In five NFL seasons, Los Angeles Rams star Aaron Donald has made the Pro Bowl five times. He has been named a first team All-Pro four times. He has recorded double-digit sacks in three of five seasons, and led the league with 20.5 last year. His 59.5 sacks are third most in the league during that time. He has 263 tackles — 97 of them for loss, including a league-high 27 last season. Those 97 tackles for loss are 17 more than any other player during that time. Donald’s 149 quarterback hits since he entered the league are also most in the NFL, 13 more than the next-closest player.

So perhaps it’s not surprising that one of his former teammates — retired defensive end Chris Long — has given him the highest praise possible. Long says Donald is “the best football player in the world, in my opinion,” per the Pittsburgh Tribune-Review.

Donald and Long were teammates in 2014 and 2015, when the Rams were still in St. Louis. Donald was the No. 13 overall pick in 2014 and played next to Long on the defensive line for his first two years in the league.

“I’d like to credit myself with being the first person to know he was going to be amazing,” Long joked to the Tribune-Review. “We used to joke his rookie camp that he was going to be in the Hall of Fame, but I kind of wasn’t joking.”

Long specifically praised Donald’s work ethic, noting that he does everything necessary to be great, and more.

“I’ve never seen anybody work so hard, who had so much talent and play so violent and play with such tenacity,” Long said. “This guy would fight you on the field at the drop of a hat, and I respect that about him, and outworks everybody. I would be the last person in the film room usually at the end of camp, and I would go in there and watch tape once everybody was at home. I started going in there and opening the door and turning the lights on to find my pen or notebook, and he was in there every night.”

There’s a reason Donald is widely considered not just the best defensive player in the NFL, but among the small handful of best players in the league, period. Long touches on a lot of that reasoning. When he says Donald is the best there is right now, he’s got a pretty good case.