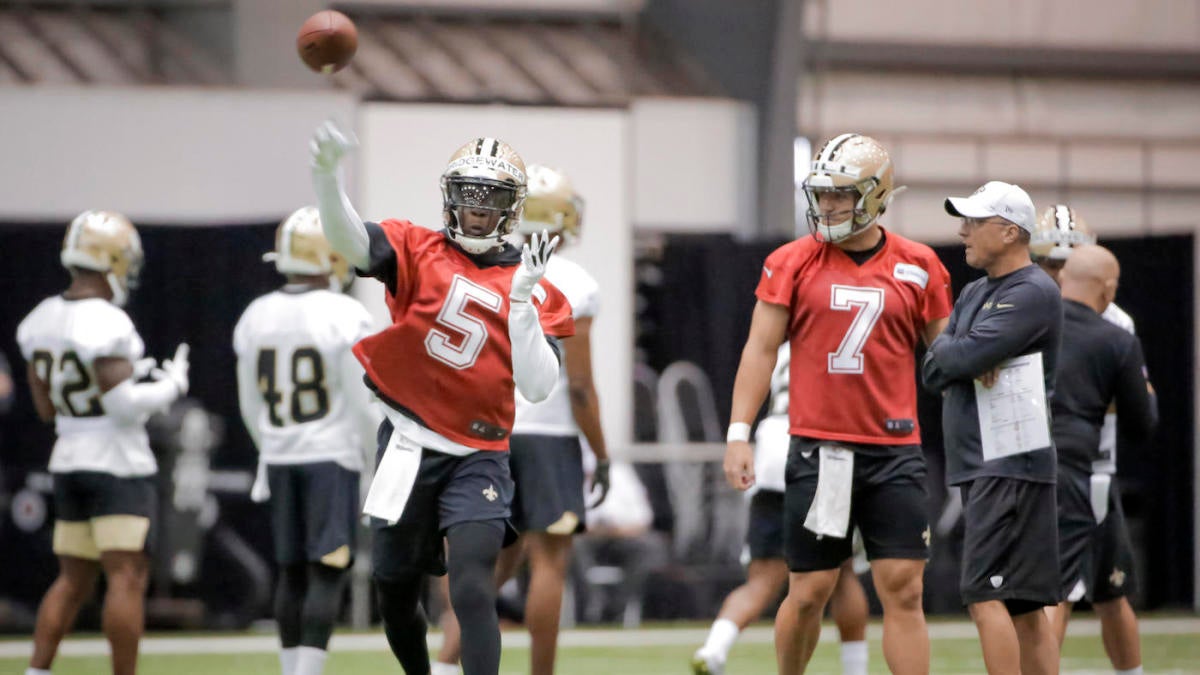 Before the Dolphins signed Ryan Fitzpatrick and traded for Josh Rosen to fill their void at quarterback, they appeared to be on the cusp of acquiring Teddy Bridgewater, the former first-round pick of the Vikings who saw immediate success in Minnesota before a devastating knee injury altered the trajectory of his career. But instead of taking the opportunity to perhaps start for the Dolphins, Bridgewater opted to remain in New Orleans as Drew Brees‘ backup.

Bridgewater recently explained why he decided to bypass a potential starting job for a backup role.

It’s not that Bridgewater no longer craves the opportunity to start in the NFL. It’s just that he’s using a long-term approach as he attempts to revive his career as an NFL starter. That’s why he stayed in New Orleans as an insurance policy, because it is “the best opportunity for me to grow as a player.”

“As a competitor you want to be out there starting and competing,” Bridgewater said, per NOLA.com. “But I just sat back and I weighed my options and thought about what would be best for me.

“This is an opportunity for me to grow, continue to learn and expand my mental capacity as a football player.”

Bridgewater hasn’t even been with the Saints for a full year, so he still has plenty to absorb. After making his way back onto the Vikings’ active roster more than halfway through the 2017 season, Bridgewater departed Minnesota in free agency in search of a team that would give him a chance to compete for a starting job. He landed with the Jets, who went on to draft Sam Darnold, which made Bridgewater expendable. In late August, the Saints traded for him.

This past season, Bridgewater sat behind Brees as he tried to learn a new offense on the fly, but he actually got one chance to start in Week 17. He didn’t fare well. Playing with mostly backups against the Panthers, Bridgewater went 14 of 22 for 118 yards, one touchdown, one pick, and a 73.7 passer rating.

Still, it was a big step for Bridgewater, who hadn’t started a game since the 2015 season, when he helped the Vikings post an 11-5 record and book a trip to the postseason. He tore up his knee on the eve of the 2016 season. Ever since then, he’s been working his way back from an injury that some thought could’ve been a career-ender.

Even though he won’t play meaningful football during the upcoming season barring an injury to Brees, this is an important year for Bridgewater, who isn’t being forced to learn a new offense in a short period of time.

“I think our coaches, him, they’ve all looked forward to this offseason where he could get a lot of reps, a lot of time under his belt,” Brees said. “There’s no doubt he’s an extremely talented guy, but he works at it, and I think this offense suits him very well in a lot of things we do, a lot of the capabilities that we have, the creativity we incorporate with everything we do.”

It’s worth remembering too that Bridgewater is only 26 years old. He can afford to remain patient. His long-term approach might not be a bad one.

Going to Miami, learning another new offense, and playing for what will likely be a bad Dolphins team probably wouldn’t have helped him get back to where he was before the injury. But if stays in New Orleans, he can continue to learn from both Brees, one of the greatest quarterbacks of all time, and an offensive mastermind in Sean Payton. There’s also a chance that he could inherit Brees’ job if Brees, 40, were to retire at the end of the season. Every offseason, there’s at least one team in need of a starting quarterback. So, if Bridgewater leaves New Orleans next year, he should be able to find a team that will let him compete for its starting job.

From 2014-15, Bridgewater started 28 games and made 29 total appearances for the Vikings. He posted a 17-11 record as a starter and accumulated a 87.0 passer rating. If not for a missed chip-shot field goal, he would’ve won a playoff game in his second NFL season. Obviously, circumstances have changed since then. But there’s a reason why Bridgewater should remain an intriguing starting candidate in the near future, even if he’s taking a long-term approach.