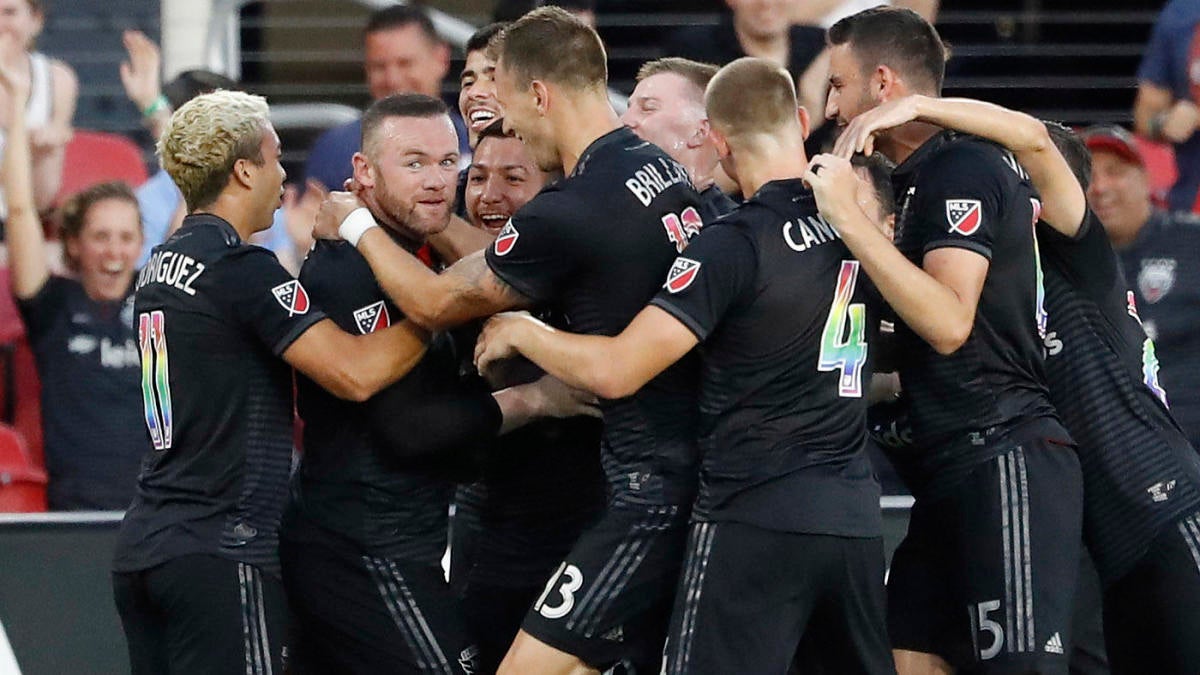 Wayne Rooney has been a magical player in Major League Soccer ever since joining last season. The Manchester United legend has produced some wild moments stateside for D.C. United, but what he did on Wednesday night may top them all.

Taking on Orlando City, Rooney went for it from beyond midfield and scored to make it 1-0 just 10 minutes into the match. Take a look at this bit of skill that caught all of Orlando City off guard, especially goalkeeper Brian Rowe:

Here’s another look as he lofts the ball from well past midfield as Audi Field erupts. What a hit:

This comes just a year and a half after he did this for Everton against West Ham in the English Premier League:

What a goal, and well worth the price of admission. It’s never too risky to try from that distance early on in the game, and just like with everything else, he made it look easy.

Since he’s been in MLS, he’s produced moment after moment. At 33 years old, he doesn’t look past his prime and continues to deliver when the lights shine bright. One can only imagine what he’ll do next.

You can watch select MLS action on fuboTV (Try for free).