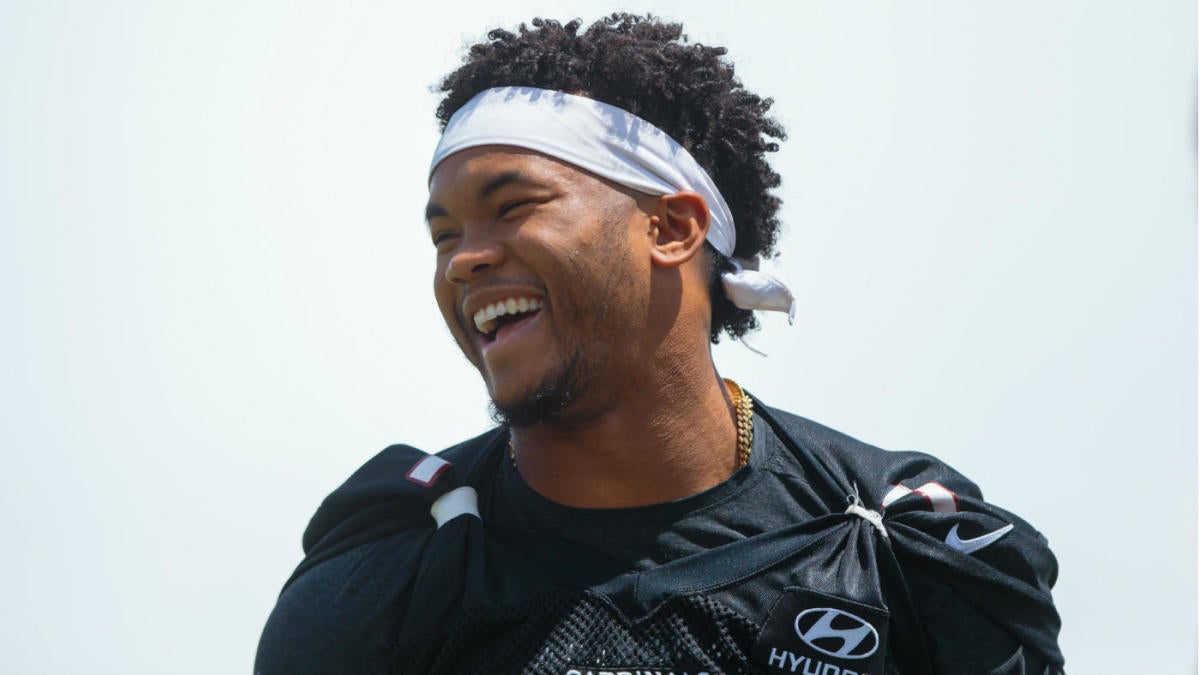 Every summer, NFL players seem shocked by some of the contracts signed in NBA free agency, which begins on June 30. Rams running back Todd Gurley, who was the NFL‘s Offensive Player of the Year in 2017, admitted last July there’s some jealousy from NFL players about the money in the NBA. This is especially true with NBA players that aren’t considered stars.

In some respects, the envy is understandable. Fully guaranteed contracts are the norm in the NBA. That isn’t the case in the NFL. Vikings quarterback Kirk Cousins has the only lucrative fully guaranteed veteran contract. He signed a three-year, $84 million deal as a free agent in 2018.

The only place where a big financial disparity doesn’t exist is with rookie contracts at the top of the respective drafts. Salaries are constrained by a wage scale. There are important differences between the rookie compensation systems of the two sports.

How the rookie wage scales operate

All contracts for draft choices are four years in the NFL. Each pick in the draft has a salary floor and ceiling in the first year and over the four years of the contract.

There are very few negotiable items. The salary components of a deal are restricted to signing bonus, base salary, roster bonus, reporting bonus, workout bonus and select incentives. A majority of picks only have signing bonus and base salaries in their deals.
The maximum annual increase in each of the four years of a deal is 25 percent of the first year cap number. The first year cap number consists of the player’s prorated amount of signing bonus and the rookie minimum base salary, which is $495,000 in 2019. Since all of these deals have minimum base salaries in the first year, the remainder of the contract is derived within these constraints. The entire contracts of the first 23 picks of the first round have been fully guaranteed this year.

Teams have an option for a fifth year with first round picks that must be exercised after the third year of the deal. The period for exercising fifth-year options begins when a player’s third NFL regular season ends (Dec. 31, 2018 with the 2016 first round picks). These options must be picked up prior to May 3.

The fifth year is guaranteed for injury when the option is exercised. The option year becomes fully guaranteed on the first day of the league year in the fifth contract year (early to mid March 2020 for the 2016 first round picks).

The fifth-year salary for the top 10 picks is the transition tender, which is average of the 10 highest salaries for a player’s position in the fourth year of his contract. For example, quarterback Jared Goff, the 2016 first-overall pick by the Rams, has a $22.783 million option year salary in 2020. The fifth-year salary for players selected outside of the top 10 (picks 11-32) is the average of the third through 25th highest salaries at a player’s position.

Draft pick contracts can’t be renegotiated until the conclusion of a player’s third NFL regular season. This means the earliest 2017 first overall pick Myles Garrett’s deal can be redone by the Browns is on Dec. 30.

Rookie contracts can’t be extended until the beginning of free agency after the third playing season. This means 2016 first overall pick Ben Simmons can sign a contract extension with the 76ers beginning on June 30. The signing deadline, which was Oct. 15 in 2018, coincides with the start of the regular season.

Rookie deals can be extended for up to four years beyond the final option season, so there are five total seasons under contract in most instances. The extension doesn’t kick in until the fifth playing season. The first year salary of the extension can’t exceed 25 percent of the salary cap, which is the maximum for players who don’t have at least seven years of service. The maximum annual increase is eight percent of salary in the first extension year.

Teams can choose two players referred to as “Designated Rookies” who can sign five-year extensions. The first year salary of these extensions must be for maximum salary (25 percent of salary cap). The players are eligible for up to the 30 percent of the salary cap maximum salary for players with seven to nine year of service by meeting certain criteria primarily based on being NBA MVP, NBA Defensive Player of the Year or selected to any of the All-NBA teams during the fourth season.

The difference in the NFL and NBA rookie wage scales can be illustrated through the contracts for the respective No. 1 picks, Kyler Murray and Zion Williamson. Murray has already signed his rookie contract with the Cardinals. Williamson is expected to sign with the Pelicans before making his Summer League debut on July 5. The cumulative contract amounts of the players after each year are in the chart below.

Note: This is the cumulative salary for each player

Murray has over twice as much fully guaranteed at signing as Williamson does. All four years of Murray’s contract are secure. From a practical standpoint, Williamson’s third year is also. Most of 2017 first-overall pick Markelle Fultz’s rookie season being lost to injury didn’t prevent the 76ers from picking up his third year last October.

Murray’s signing bonus, which is approximately two-thirds of his entire rookie contract, is about 20 percent more than Williamson has guaranteed at signing. Williamson is slightly ahead in total compensation after the third year because of how NFL rookie contracts are structured with the big signing bonus. Should both play five seasons before signing a new deal, Murray would probably be ahead monetarily, strictly from their respective player contracts. This would mean Murray didn’t escape the fifth-year option and Williamson played under a restricted free agent qualifying offer. Williamson’s restricted free agent salary will be just over $17.5 million. The fifth-year option for quarterbacks in 2023 would need to be almost $26.75 million at a minimum, which is plausible.

There isn’t much of a comparison to be made with NBA and NFL salaries on veteran contracts unless a quarterback is involved. 2014 first-overall picks Andrew Wiggins and Jadeveon Clowney are pretty good representatives of the difference.

Clowney is currently scheduled to play the 2019 season, his sixth year, for $15,967,200 unless he signs long-term by July 15, which is the deadline for franchise players to sign multi-year contracts. A long-term deal for Clowney would likely be four to six years in length averaging $21 million to $22 million per year. Roughly $45 million would be fully guaranteed at signing where the overall guarantees would be in the $65 million neighborhood. These figures are consistent with the contracts comparable edge rushers DeMarcus Lawrence and Frank Clark signed with the Cowboys and Chiefs this offseason.

Wiggins signed a fully-guaranteed five-year extension for just under $148 million (approximately $29.5 million per year) in 2017 with the Timberwolves as a designated rookie. Although Wiggins was the 2015 NBA Rookie of the Year, that’s the only honor he has earned during his five professional seasons. He hasn’t been an all-star or named first, second or third-team All-NBA.

Clowney is much more accomplished than Wiggins. He’s been selected to the last three Pro Bowls, and earned first-team All-Pro honors in 2016. Someone who isn’t an all-star can make close to $30 million per year in the NBA by signing a “max contract” while there aren’t any $25-million-per-year non-quarterbacks in the NFL. The consensus best non-quarterback, Aaron Donald, signed a six-year, $135 million extension with the Rams last preseason. The two-time reigning NFL Defensive Player of the Year’s contract has nearly $87 million in guarantees. Donald’s $50 million fully guaranteed at signing is basically one-third of Wiggins’ security.

Two Philadelphia teams provide an example when a quarterback is involved. The Eagles recently signed Carson Wentz, 2016’s second-overall pick, to a four-year, $128 million extension averaging $32 million per year with two years remaining on his rookie contract, despite his inability to stay healthy. The deal is worth up to $144 million through salary escalators based league honors Wentz earns (Pro Bowl selections, MVP and Offensive Player of the Year awards) and Philadelphia’s Super Bowl wins. There is an NFL record almost $110 million of guarantees in Wentz’s contract, which includes $66 million fully guaranteed at signing.

The 76ers are expected to sign Simmons, who missed his entire rookie season with a broken foot, to a fully guaranteed five-year extension like the Timberwolves did with Wiggins at the same stage in his career. Simmons’ extension is expected to be just over $168 million at $33.64 million per year, considering the 2020-21 NBA salary cap projects to $116 million. By earning All-NBA honors next season, the extension could be worth up to nearly $202 million over the five years.

Wentz is getting close to $30 million more than scheduled through the 2020 season under his rookie contract with the extension. It won’t work that way for Simmons. He will still make $8,113,929 from his fourth-year option next NBA season. His salary would be $29 million for the 2020-21 season, when the extension takes effect, unless his salary is increased to as much as $34.8 million by making an all-NBA team next season.

No matter how the contracts are dissected, NFL players have reasons to be envious of NBA players, although there isn’t a ceiling on compensation in football. There’s no such thing as a max contract in the NFL.

At the highest level, Kevin Durant is eligible to sign a five-year contract worth slightly more than $221 million, which would be fully guaranteed, by staying with the Warriors (Durant reportedly has declined his option and will become a free agent). He’s capped at just over $164 million on a four-year deal by going to a new team. Either way, he is averaging over $40 million per year. In the NFL, quarterback Russell Wilson recently became the first player to hit the $35 million per year mark with the four-year extension he received from the Seahawks. In an NFL contract, $100 million fully guaranteed at signing has yet to happen.

Current MVP Patrick Mahomes is probably going to be the first $40-million-per-year player in the NFL whether he signs an extension in 2020 when first eligible or the following year. Giannis Antetokounmpo, who was named NBA MVP earlier in the week, will be eligible for a five-year extension with the Bucks worth a projected $247 million, which would be fully guaranteed, when free agency starts in 2020. It’s hard to predict when there will be an NFL contract approaching $50 million per year.