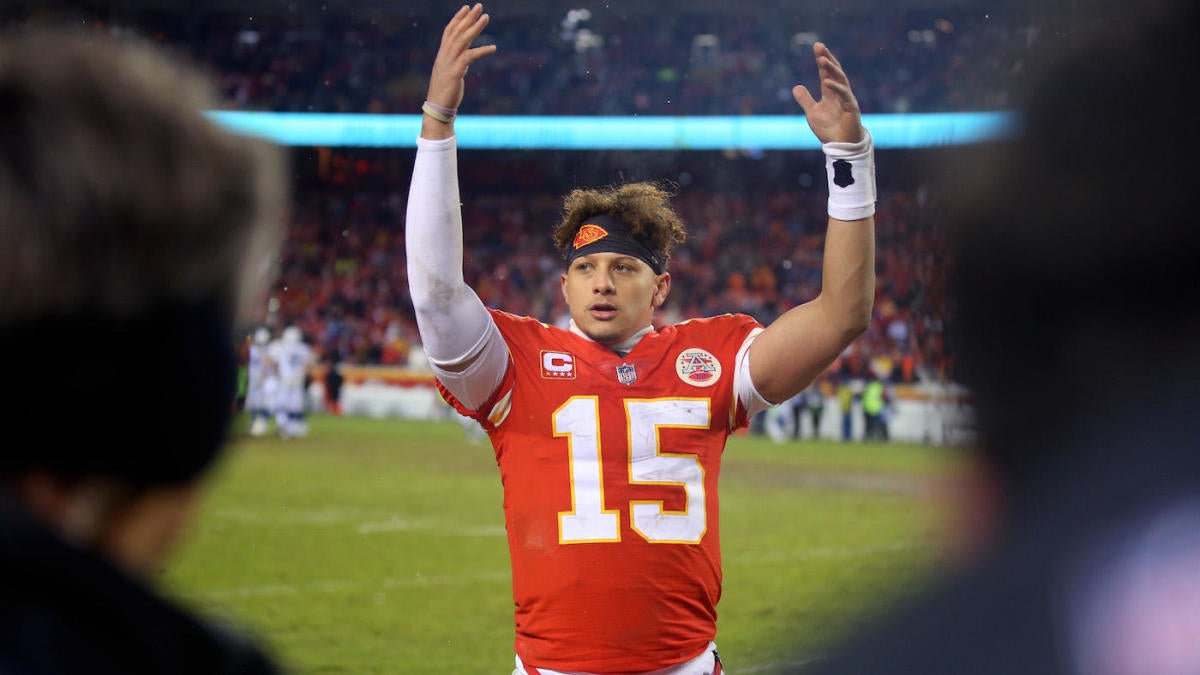 Last season Tyreek Hill and Kareem Hunt accounted for 2,832 yards and 27 touchdowns in 27 total games. That’s 40 percent of the production provided by Chiefs‘ pass catchers and running backs. Hunt was released last November after video emerged of him shoving and kicking a woman (he’s since been signed by the Browns), and Hill’s future is uncertain because of off-field incidents that led the team to suspend him indefinitely.

But even without two of their best players the Chiefs’ offense should remain among the league’s best. For starters, coach Andy Reid isn’t going anywhere. And then there’s reigning NFL MVP Patrick Mahomes, the third-year quarterback who is only expected to get better after a phenomonal sophomore season.

Remember: the Chiefs were one game away from the Super Bowl before falling in overtime to the Patriots in the AFC Championship Game. The future remains bright, however, primarily because the offense is still loaded with playmakers.

The offense was already good when coach Andy Reid decided in the offseason to elevate Mahomes, the 2017 first-round pick, to starter. And a unit that went from fourth in ’17, according to Football Outsiders, finished as the most explosive offense in ’18. Mahomes threw 50 touchdowns, completed some of the most physics-defying passes you could dream up, and Hill was damn near unstoppable. But with Hill’s status unclear the Chiefs took Georgia speedster Mecole Hardman in the second round of the 2019 NFL Draft.

Hardman played in Georgia’s run-heavy offense but he was a terror from the slot, showing the ability to regularly win when running either underneath or deep routes. He also showed the ability to break tackles despite his size and in the right system (see Kansas City) Hardman can be special. Added bonus: He blazed a sub-4.4 forty time at the combine and he returns punts and kicks.

While the learning curve is steep for any rookie, Hardman has particularly big shoes to fill if Hill misses time. But the early returns have been encouraging.

“He’s a great player,” Mahomes said last month. “Obviously, he’s very fast, but he’s working on everything — route-running, getting accustomed to the offense. …

“When you add guys and add depth, it really is a special thing to know that the staff and everybody keeps adding and are never satisfied with where we are at, we are going to keep getting better every single year,” Mahomes continued. “I was very excited.”

Mahomes joked that Hardman wasn’t used to his arm and had a tendency to let off the gas after getting downfield.

“There is sometimes he runs, he gets like 45-50 yards downfield — he kind of slows down. I told him, ‘Keep running. Just keep running.’ And that’s something that we’ve all kind of gotten accustomed to — we always want to stay alive, keep running.”

“He’s got a great arm,” the rookie said, via the Athletic‘s Nate Taylor. “It’s different. With his arm, he can get it to you everywhere on the field. Not most quarterbacks can do that. I can be 50 or 60 yards down that field and he still can lead me.

“I wasn’t really accustomed to it,” Hardman continued. “You get 60 yards down the field, you think, ‘It’s over with, I’m not getting the ball.’ When you see the ball up, it’s traveling farther than what you think it is. It’s a hard adjustment, especially in your mind. You just have to have faith in him that he’s going to get you the ball.”

Reid wasn’t quite as effusive but he knows Hardman has a chance to be good.

“We’re asking him to do a lot, and he’s staying up on it,” Reid said, adding: “That’s the way you learn. There are certain things that are finesse and there’s certain things you have to roll on. He’s sorting all that and learning. And then we’re throwing eight million coverages at him, so he’s got to put that in the (mental) computer, too. He’s a smart kid. He’s just got to learn how we do it.”

The good news is that Hardman will have plenty of company in this offense; in addition to Mahomes, who ranked No. 1 in total value and value per play among all quarterbacks last season, according to Football Outsiders, tight end Travis Kelce ranked No. 2 in total value behind only George Kittle. Then there’s Sammy Watkins, the former Bills first-rounder who joined Kansas City last offseason. He only played in 10 games in 2018 but he finished with 40 receptions for 519 yards and 3 touchdowns. Even more noteworthy: Watkins ranked fifth in value per play among all wideouts last season, one spot ahead of Tyreek Hill. Put another way: When he’s healthy, he can be really good.

NFL Network’s Peter Schrager reported during OTAs last month that the word out of Kansas City is that Watkins “looks incredible,” adding: “That could just be spin and it’s from the local guys and it’s also from people that know the organization very well, saying Sammy’s finally in the best shape of his life — that if there is a Tyreek Hill issue, if Tyreek Hill’s not going to be on the field, if they have to miss him, Sammy Watkins is ready to make that next step.”

There is the issue of replacing Hunt, who was 11th in total value and value per play despite missing the final five games. And the year before, as a rookie, he was 9th and 14th, respectively. And while the Chiefs averaged 115.9 rushing yards per game before Hunt was suspended, the offense averaged 114.6 rushing yards per game after he was suspended, including games of 174 and 154 yards over the final five regular-season contests and 180 yards against the Colts in the divisional round of the playoffs.

Some combination of Damien Williams, Darrel Williams and Spencer Ware carried most of the load though Ware missed four games with injuries and signed with the Colts this offseason.

In February, Reid seemed pleased with what Williams brought to the offense.

But the coach conceded that the team would look to add depth too.

“And we look at every position to fill, but he’s established himself now as a legitimate NFL player, and we feel good about that,” Reid said.

The Chiefs signed Carlos Hyde to a one-year deal, and used a Day 3 pick on Utah State’s Darwin Thompson,  a springy back who hits the hole with authority and is stronger than he looks. He’s also a threat in the screen game, which is a necessity in an Andy Reid offense — and explains why they also signed Washington State’s James Washington, one of the best pass-catching backs in college last season, as an undrafted free agent.

There are still questions about the offensive line and the defense but the Chiefs went 12-4 last season and there’s every reason to expect they’ll match or improve on that in 2019. Mostly because of Reid and Mahomes, but also because the team has contingency plans at running back and at wide receiver in the event Hill isn’t on the field for part of all of the upcoming season.