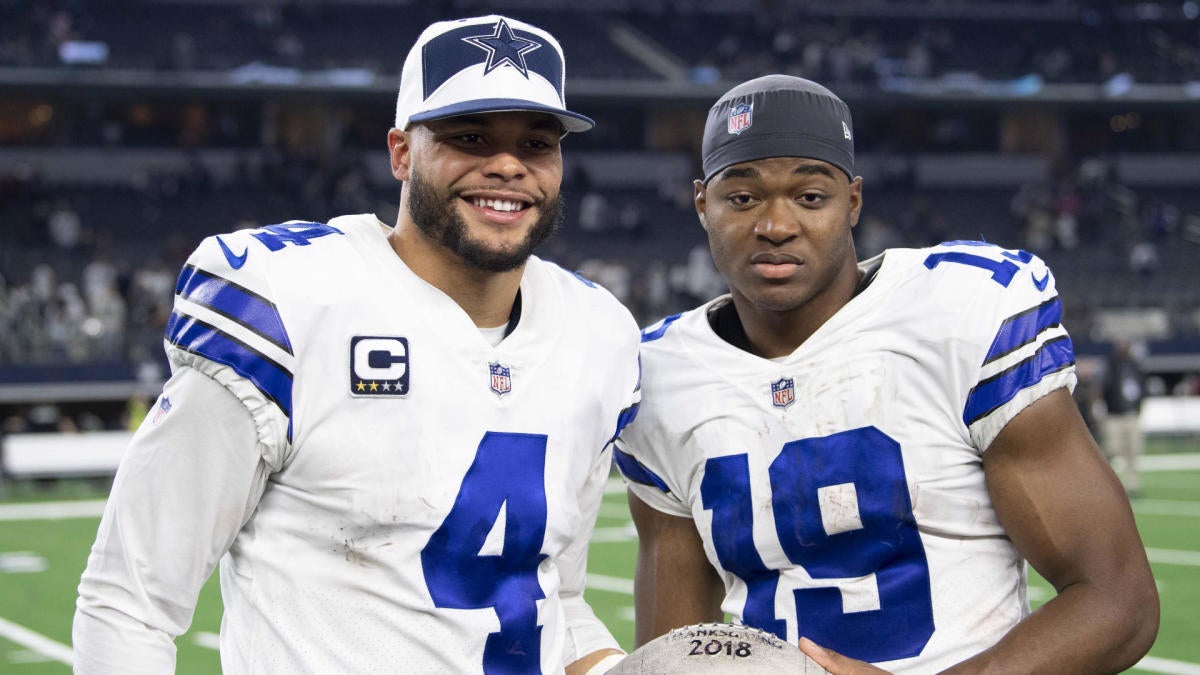 The Dallas Cowboys‘ offseason has been all about identifying the long-term pieces of their core and figuring out whether they want to pay them big money, and if so, how much. First up was Demarcus Lawrence, who signed a five-year, $105 million deal. The Cowboys haven’t done any big-money deals since, but it’s been said ad nauseam that the next two guys up are Dak Prescott and Amari Cooper.

Prescott’s situation is perhaps more pressing. He’s a fourth-round pick heading into the final season of his rookie contract, and, well, he’s a quarterback. Cooper is about to play on the fifth-year option season of his own rookie deal, and while the Cowboys traded a first-round pick to get him, he’s still a wide receiver and thus a de facto less important player to the team’s future than Prescott.

Cooper himself seemed to acknowledge that when discussing his and Prescott’s respective contract situations during an appearance on ESPN. Asked directly whether he should be the highest-paid receiver in football, Cooper had an interesting answer.

When asked about Prescott, Cooper was just as direct, but more forcefully in favor of making his teammate one of the highest-paid players at his position.

“Most quarterbacks don’t have the best bodies or probably don’t really care much about the weight room because they’re more on the cerebral side of the game, but this guy takes every rep seriously,” Cooper said. “He doesn’t miss a rep and I think that’s a big part of who he is. He’s just a competitor, he wants to do everything the right way. I haven’t played with too many guys like Dak Prescott, so I think he definitely deserves everything that’s coming to him. He definitely deserves to be paid amongst the highest-paid quarterbacks in the league.”

Prescott surprisingly grabbed hold of the Cowboys’ starting quarterback job in 2016 after both Tony Romo and Kellen Moore suffered injuries during the preseason. He was expected to be the starter only until Romo returned, but he played so well that he ended up keeping the job for good. He’s started all 48 games of his NFL career, racking up a 32-16 record during that time, with his 14 game-winning drives tying Russell Wilson for the most in a quarterback’s first three seasons.

Prescott does not have explosive passing numbers like some of his quarterback brethren, including division rival Carson Wentz, who recently signed his own big-money extension. He does have strong efficiency numbers, though, and adds a ton of value with his legs — especially in the red zone. And while he does not yet have the track record of the league’s highest-paid quarterbacks, the way it tends to work with players at this position is that you get paid what the market demands; and it’s likely going to demand an enormous deal for Prescott.

The Cowboys seem pretty comfortable with that, and they probably should be, considering the two quarterbacks they considered trading up for prior to landing on Prescott (Paxton Lynch and Connor Cook) have not exactly lit the world on fire at the NFL level. It took the team a long time to find Romo after Troy Aikman retired, but they have been able to seamlessly transition out of the Romo era and look ready to move into Prescott’s prime. That certainty has a lot of value.