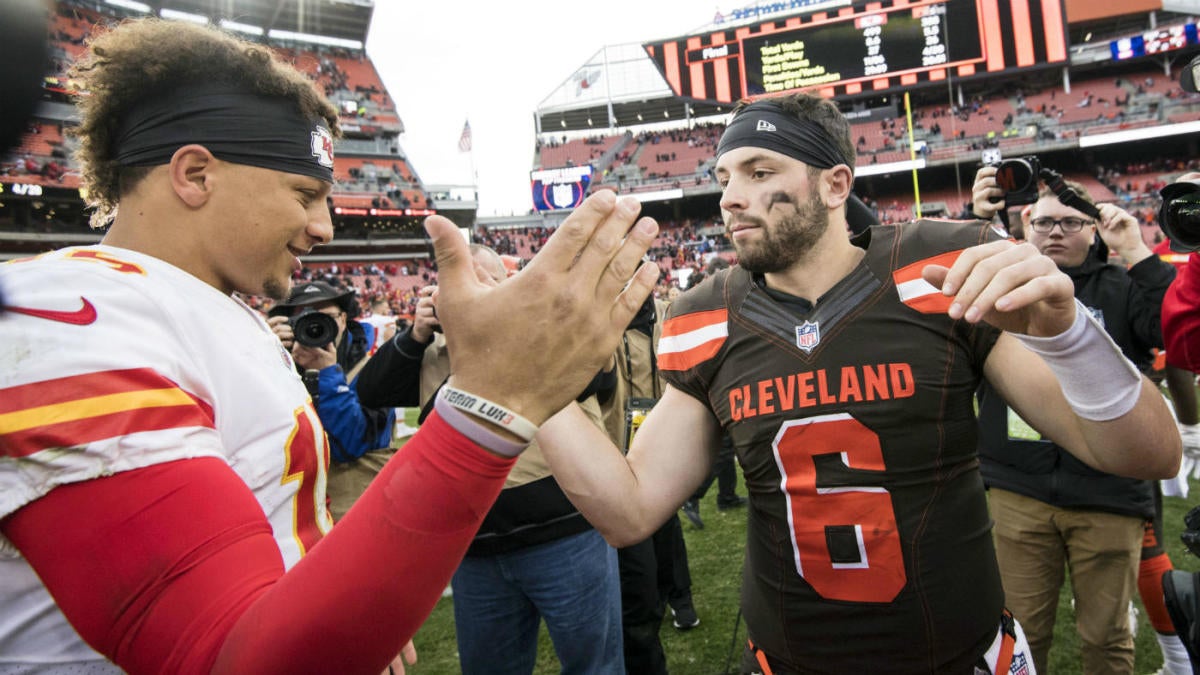 In a recent edition of our daily NFL pod, the Pick Six Podcast, we opened up the mailbag and answered a bunch of questions. This is what happens when yours truly is on vacation and/or it’s the offseason. But it was GREAT FUN and you should check it out, which you can do in the player below.

One of the questions we asked was who would we go with to start an NFL franchise if we had to pick someone to use for the next 10 years. One caveat? It’s really who we’d pick after Patrick Mahomes, because he’s the obvious choice.

A couple of thoughts and we’ll get to my list of five guys for this esteemed and vague award.

First, this is a situation where you’re starting the franchise, so you’re not tethered to anything surrounding the player. In some cases that can be bad (Mahomes) but in most cases you get to remove the weaknesses from particular rosters.

Second, this is a 10-year thing. If it’s five years, the answers are totally different. I think Tom Brady’s in the conversation and Aaron Rodgers is probably the No. 2 option. Contracts don’t come into play (at least not for me) although young players are obviously more preferable because of age.

My list is below — listen to the pod in the player and let me know your thoughts on Twitter @WillBrinson.

Fifty touchdowns and 5,000 passing yards in his first season as a starter plus an MVP award and an AFC Championship Game appearance? No brainer pick.

He was actually the other name mentioned by our listener, who is a Browns fan. The conceit was that Baker might be the second guy behind Mahomes. And I agree. Mayfield showed a TON last year after taking over as starter for the Browns when Tyrod Taylor got hurt. He’s a former No. 1 overall pick who was productive in college and looked pro-ready out of the box.

The former first-round pick has been excellent as an NFL player and deserves to be mentioned as No. 2. I just barely lean Baker. But if this is a situation where you can give him an offensive line to protect him? Watson could be a legitimate MVP candidate as early as this coming year.

I’m very much in on Darnold and thought he played better than people gave him credit for as a rookie last year. Add some better weapons around him and a better coaching system (he’s got both of those now) and I think he’ll take a big step forward.