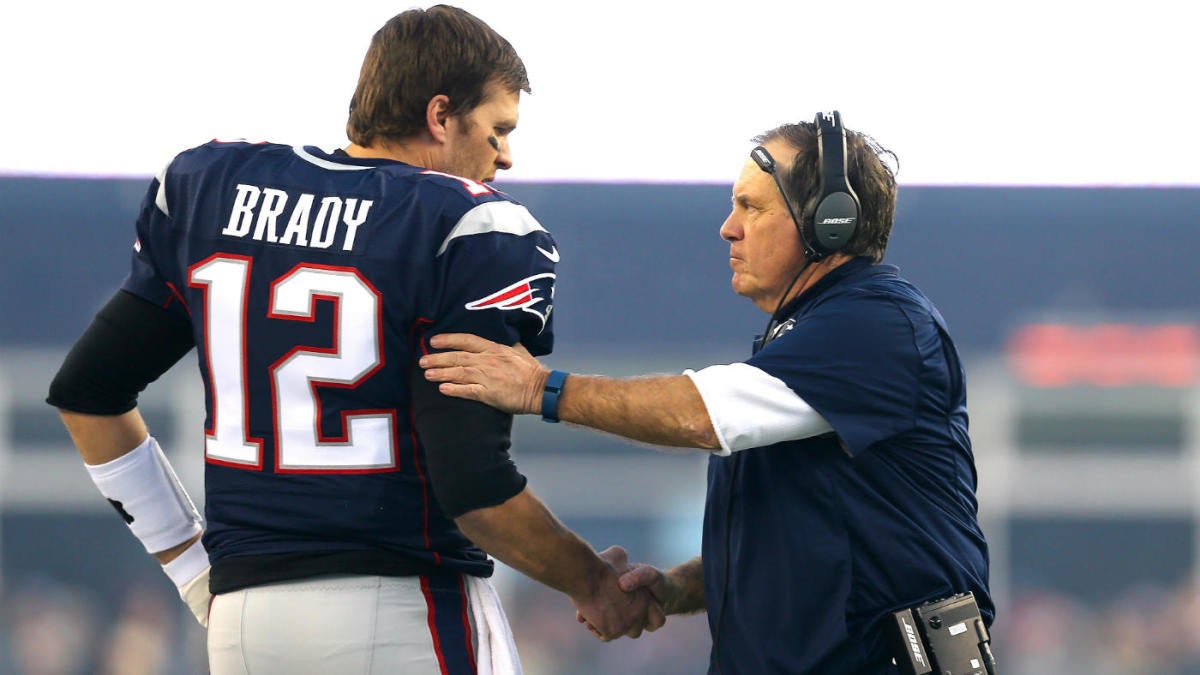 Football is not in session. We’ve reached some of the rarest weeks of the year where there is no NFL football being played or practices and virtually no transactions taking place and the coaches, execs and players in this sport are on vacation.

But that won’t prevent my mind from spinning about the season to come. Even while putting together a checklist for the myriad sundries we will need to schlep three kids to the beach for a week, I can’t stop thinking about the 2019 season. As always, there is much to be excited about, and with this being the NFL‘s 100th season, I’m sure you are all well aware by now of the marketing blitz that is forthcoming.

In my job, the scope of the game is always somewhat different, as much of what dictates content or intriguing storylines occurs far away from the sidelines. So as I was walking the dog the other day and daydreaming about 2019, I wasn’t just noodling on what I can’t wait to see develop on Sundays, but also in board rooms and at the NFL offices on Park Avenue and when owners get together informally. The business of football has a way of impacting the on-field product in one way or another, and you would be naïve to have not figured out by now that the owners and team presidents have a far greater influence on the game at a macro level than any player or coach ever will.

With that in mind, here are the dozen storylines/developing stories/subplots to the 2019 season that I kept coming back to when thinking ahead. They represent several reasons why this could be an incredibly compelling campaign, and, in a few instances, reasons for a bit of concern as well. Overall, I think it’s a solid mix of team-specific issues and ones that cut across the entire league, and it definitely got me fired up for September, and beyond.

The dynasty that just won’t stop now moves forward without Gronk, and with no guarantees as to when Tom Brady, Bill Belichick or Robert Kraft might follow. How severely will the NFL come down on Kraft for the massage parlor incident? Would another title finally sate Brady? Can someone else int the AFC East finally step up and make this a contested division? Will Foxboro remain a January fortress? With Jack Easterby and Brian Flores gone, does Josh McDaniels finally follow after the season? They are always a story, and remain the franchise to beat in the NFL, defending yet another Lombardi.

Could Patrick Mahomes become the first quarterback in NFL history with two 50-touchdown seasons … and do it in just his first two years as a starter? It seems hard to imagine him topping his 2018 output, with Kareem Hunt gone for good and Tyreek Hill possibly gone for quite some time via suspension, but would you really bet against him? The behind-the-back and no-look passes will get us out of our seats and his potential seems limitless.

3. OBJ in Orange and Brown

We tend to forget that when he is healthy and getting half decent throws from a quarterback, Odell Beckham, Jr. is a top-five talent in this league. He is polarizing, to be sure, but as productive as any receiver in the history of the game and now free from Eli and with a top playmaking QB in Baker Mayfield, this could be the most exciting offense in the game. The Browns are now primetime darlings and loaded with talent. Juggling personalities could be a chore, but I can’t imagine OBJ not quickly emerging as the straw that stirs this drink.

The NFL and NFLPA are uniquely motivated to get a new labor deal done far sooner that most would have anticipated even six months ago, at least in part for some reasons explained in the item below. Talks will continue through this season and based on what I have heard to this point, I expect plenty of gains to be made. Some in union and league circles would not be surprised if a deal is already done by this time next year, but it would take averting any pitfalls and maintaining a productive dialogue through the rest of this year to get there.

The wave of legalized gambling continues to spread around state legislatures this spring and it will only continue to grow. The NFL is tracking it ever-so-closely and many owners are beyond ready to dive in with both hands and embrace all of the revenue streams that could come with it. Is a barrage of casino/sports book advertising forthcoming? When does the league sign on with his first nationwide sports book official sponsor? Will you see point spreads on telecasts and team websites? Betting parlors in stadiums? Some of it might be years away, but make no mistake, it’s being viewed as a multi-billion dollar game-changer that could spike the cap and salaries in the new CBA.

Okay, they have plenty of household names still on the roster, but the Steelers enter this season without Antonio Brown and Le’Veon Bell, who you could count on for about 3,000 yards and 25 TDs in any given season. Big Ben is saying all the right things after playing a pivotal role on AB’s fallout with the team, but will it last? Can JuJu Smith-Schuster be a Batman and not a Robin? Will Mike Tomlin sign an extension or could there be turmoil in the air for the most cohesive franchise in the NFL? Steelers fans seem to be growing restless, and change has been in the air more than almost ever before.

There isn’t a question of whether Jerry Jones could keep all his skill players who want new deals – Dax Prescott, Zeke Elliott and Amari Cooper. The question is, will he? And at what price? After years of being near the bottom of the NFL in player payroll, Dallas must keep stepping up as it did for Demarcus Lawrence (oh, and Bryon Jones is in the last year of his deal, too). Paying Cooper $18M a year and Prescott, gulp, $30M a year might quickly come back to bite the Cowboys, and one would expect a player or two to soften Jones’ stance once the risk of injury comes around again this summer.

The number of African American head coaches and GMs is trending in the wrong direction, and some of those with the longest tenures and most influence have either stepped aside (Ozzie Newsome) or been let go (Marvin Lewis). The NFL is holding events like the QB Summit in Atlanta this week (I’ll be reporting from there), but what else can and should be done to make management demographics more closely aligned with labor? It’s a big topic on Park Avenue with just four non-white head coaches and only two general managers. What initiatives are to come, and will the Rooney Rule be altered?

During the spring, at least sometimes, the Giants brass seemed to be finally recognizing the football mortality of Eli Manning (albeit three years too late). Daniel Jones vs. Manning, in the Big Apple, will be one of the most closely watched QB battles – assuming it is allowed to truly become one with the sixth-overall pick being granted sufficient reps with the first team to make things interesting. Will Dave Gettleman opine again that maybe Jones could sit for three years? There should be plenty of daily and weekly fodder out of Big Blue as it sorts out its new huddle leader.

There has been plenty of handwringing and consternation from the moment the NFL owners voted to make pass interference reviewable, and with the league taking over matters itself in the final two minutes, when Hail Marys are fairly common. No one knows what this is going to look like and how it will be called, but I guarantee you it will be a heavy topic of conversation at least through the first half of the season. How consistently will it be called? Will this end up being a one-year trial run? What some are referring to as The Sean Payton Rule will be a big deal in 2019, for better or for worse.

The trend is all the rage, but the hunt for the next Sean McVay could come with a few casualties. It didn’t take long at all for Aaron Rodgers to let Matt LaFleur know, in typically passive-aggressive ways, who is really the boss in Green Bay. Kliff Kingsbury will be under a national microscope trying to win with first-overall pick Kyler Murray in Arizona in the aftermath of a one-and-done with Steve Wilks, and Zac Taylor steps in after Lewis’ long run in Cincy. Some will sink and some will swim.

The 2015 draft class should be cementing its place in the league by now, entering the fifth season when massive contracts should be the norm. It may be now or never for what looks like one of the more suspect first rounds in a long time. The top two picks – Jameis Winston and Marcus Mariota – are still playing for their next contracts. Todd Gurley got paid (he is the only 2015 first-rounder to sign a multi-year extension with the team that drafted him – crazy) but his knee is a major concern and much of the rest of the class has already changed teams or busted out of the league. Will others emerge before it’s too late? The second and third rounds have vastly out-performed this 2015 first-round to date.