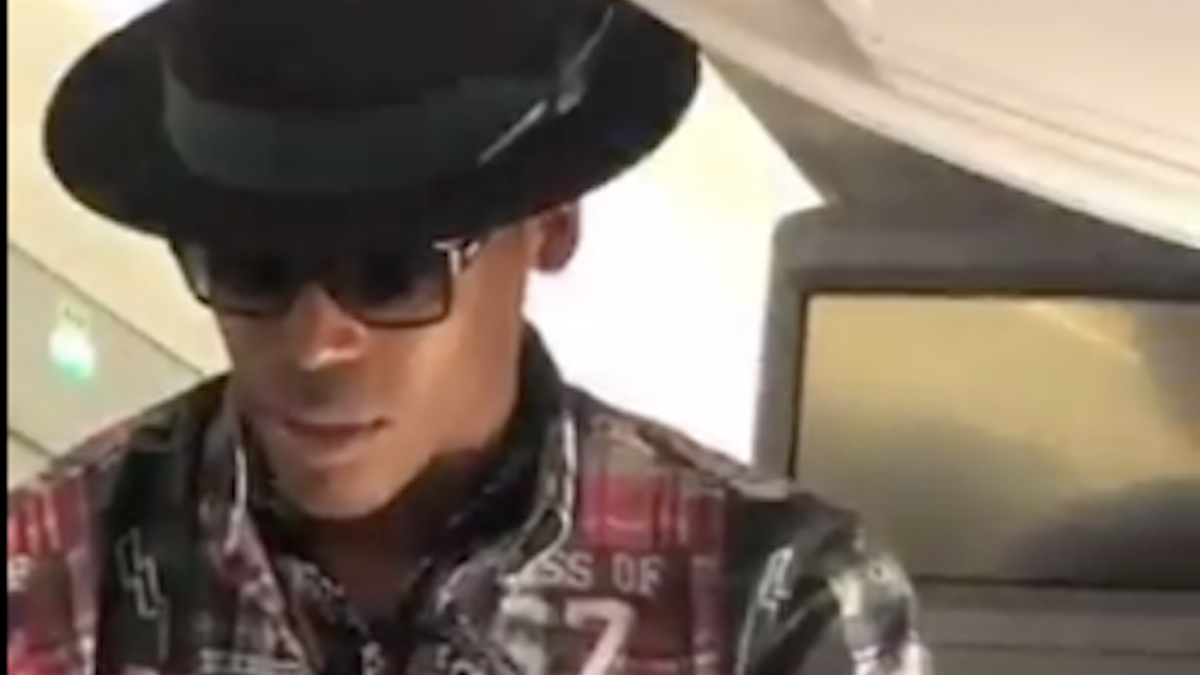 Cam Newton is like my five-year-old son in that he gets whatever he wants. My son gets it because he’s five and I lack a spine, Cam gets what he wants because he makes $20 million a year and is a famous NFL QB. But all the money in the world can’t buy you leg room in an airplane apparently — Newton was unable to secure the amount of leg room he wanted on a recent flight and video of him trying to do so ended up going viral thanks to a passenger with a phone spotting Newton on the plane.

Heading to France, Newton approached a man in what appeared to be one of the business class seats and offered him $1,500 to swap seats. The man declined!

Most people had the obvious question queued up — why on Earth was Cam Newton, super millionaire NFL quarterback, flying coach?? It’s a perfectly reasonable question, because Cam should never be flying coach given his size as a human being and the amount of money he is worth. Flying first class or business class just makes more sense when you’re that big.

Which is why Newton was willing to throw around some cold, hard cash in order to upgrade his seat.

As it turns out, Newton was stuck in coach because, according to a report from Andy Slater of IHeartRadio.com, he missed his direct flight from Charlotte to France (where he had business class) and was forced to fly through Dallas on a new flight, with the only available seat coming in the form of coach. There’s a big fashion show going on in France PLUS the World Cup, so there aren’t a ton of available seats on these flights.

Additionally, that answers why the guy was unwilling to move. This is a 10-hour flight we’re talking about; flying coach for 10 hours is sub-optimal. Many people can do it, but if you can avoid it, that’s the ideal situation.

Which begs the next question — how much would you need to swap seats with Cam Newton on a flight to France? I want to say I would do it for $500 — and DEFINITELY do it for $1,500 — but a) I’m pretty short so I could live with it, b) it would make for an awesome story that I could write about for work and c) I think there are ways to get creative with this that involves less cash.