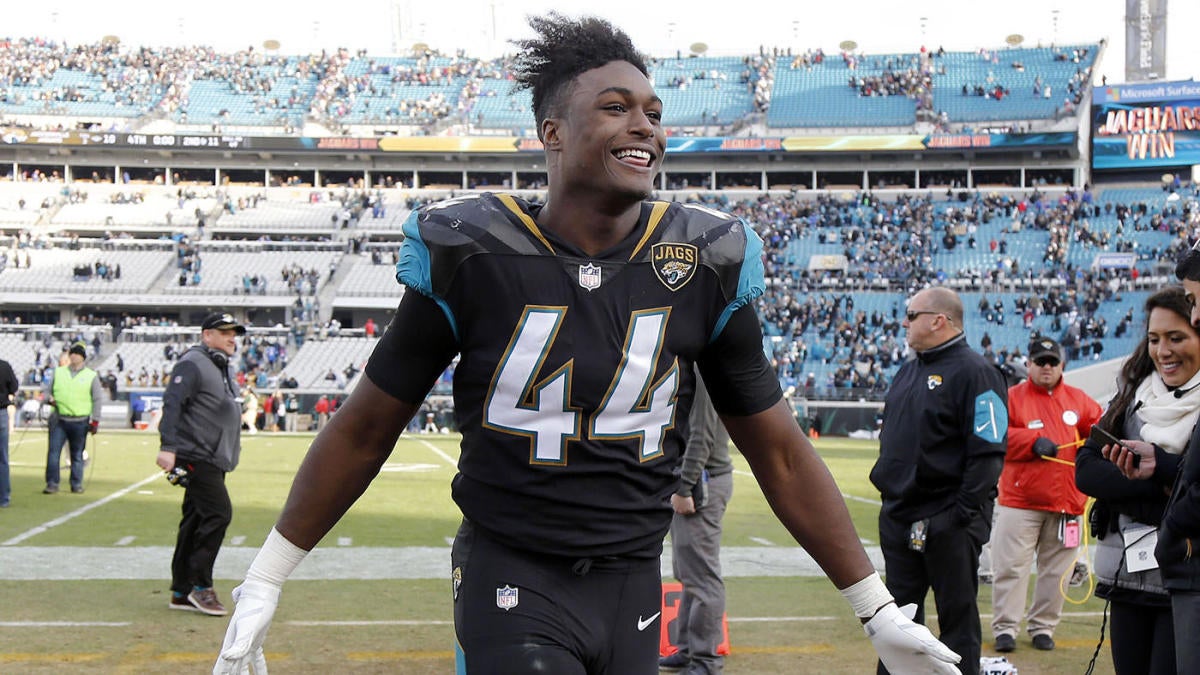 For the past two years, the Jacksonville Jaguars have had one of the best defenses in football. They’ve been led by Calais Campbell up front and Jalen Ramsey on the back end, but there were plenty of other playmakers in between.

This year, though, a few of those playmakers have moved on. Slot corner Aaron Colvin left last offseason. Safety Barry Church was cut last year. Safety Tashaun Gipson was cut this year to create room under the salary cap. So was defensive tackle Malik Jackson. And earlier this offseason, linebacker Telvin Smith announced that he would sit out the 2019 season for health and family reasons.

Smith’s absence means even more responsibility will fall on the shoulders of linebacker Myles Jack, who is headed into his fourth NFL season after being selected in the second round of the 2016 draft. Jack was considered a top prospect but fell to the second round because of concerns about his knees, but he has yet to miss a game in his three seasons.

Now, he’s looking to use Smith’s absence to put himself in position to cash in with his next contract.

“Obviously in my position, Telvin is gone, so that’s 120 tackles unaccounted for, and I want at least 50 of those so I can get 150 tackles to create some leverage for myself,” Jack said, per the Florida Times-Union. “My job is to play Mike (linebacker). … I’ve got to run the defense.”

Jack is a full-field playmaker who has proven himself extremely versatile over the past couple years, but Smith’s is a big absence to make up for. It will take more than just him making a bunch more tackles. It’ll take a group effort. Luckily, Jacksonville has a lot of talent remaining on defense.