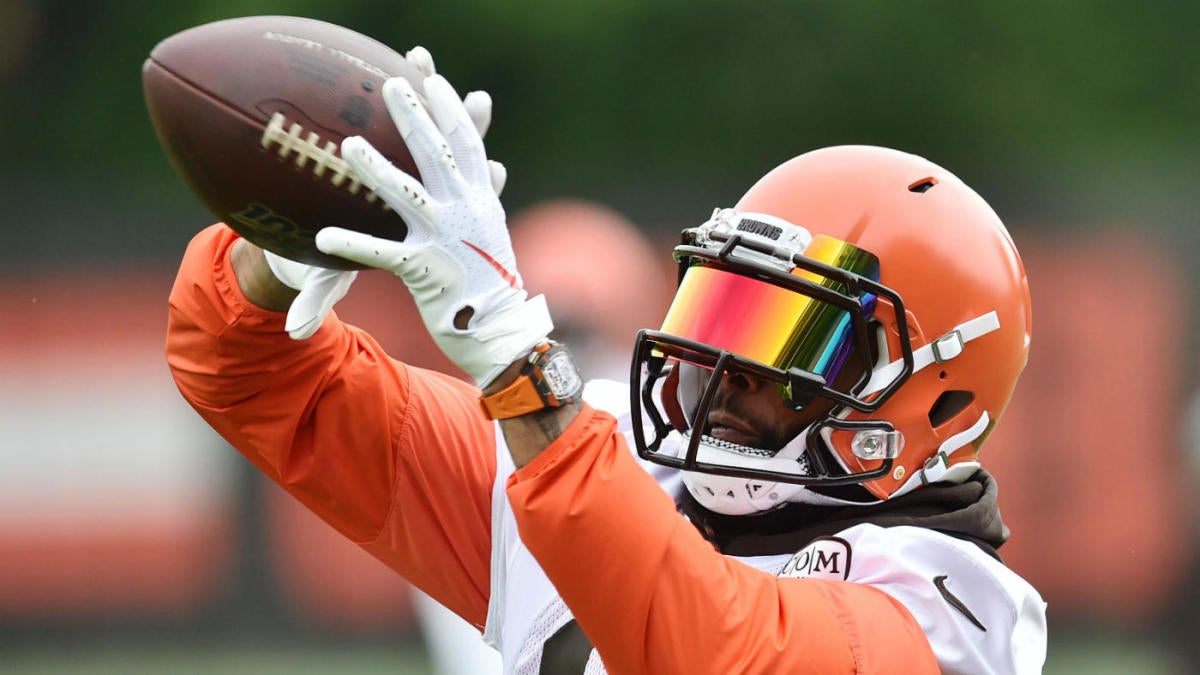 Aaron Donald sits atop Pete Prisco’s Top 100 NFL Players of 2019 list, but will he remain No. 1 in 2020? Will a quarterback return to the top of the list? Or maybe even someone a touch unexpected?

Jason La Canfora has no argument with the Donald selection (“You know I love to bust Prisco’s chops when I can, but I don’t think you can quibble with Aaron Donald. He’s Reggie White; might be better than Reggie White”). If there is a new No. 1 next year, though, JLC’s not predicting a quarterback.

“I think Odell Beckham is that special of a player,” La Canfora said as he joined Dave Richard on Friday’s edition of the Pick Six Podcast. “I think by about Week 6 of this year, people are going to remember what he can do, what he’s able to do with a QB where he’s not going to have to leave his feet, where not every five-yard bubble screen is an adventure in babysitting and maintaining my neck … hoping that, while I leave my feet to catch this ball that should’ve been three feet lower, nobody kills me.”

Beckham will no longer be in New York catching passes from Eli Manning this season. OBJ played 12 games last year and while he did go over 1,000 yards, he had just six TDs. The prior year he had three TDs while playing just four games due to injury, so some fans might’ve forgotten exactly how dominant he was during his first three NFL seasons, 2014-16, a stretch where Beckham caught 35 TDs and went for 4,122 yards.

This season, Beckham will be catching passes from Baker Mayfield after getting traded to the Browns in March for a first-round pick, a third-rounder and Jabrill Peppers.

“Very quickly, (Mayfield’s) going to see, you can throw it anywhere around this cat, and there’s a good chance he’s going to catch it,” La Canfora said. “This guy’s Batman and everybody else is trying to be Robin. I think he very much will be in that conversation (for the No. 1 player) next year.”

As for other players who could soon find themselves at No. 1 on the top-100 list, Richard mentioned Russell Wilson and Patrick Mahomes, and said, “I think you could even make the case for Andrew Luck.”

JLC agreed, but only when it comes to the Seahawks QB.

“Russell Wilson’s way up there for me,” he said. “Mahomes, it’s been one year. A sensational year, a historically significant year, more than anyone could’ve hoped for for a player that young, but let’s wait and see. I want to see that play out a little bit.”

You can listen to the entire discussion below, as the guys also break down the latest changes to the new pass interference rules, the mess with the Houston Texans, Todd Gurley’s workload and the “arthritic condition” in his knee, and much more. And be sure to subscribe/listen daily to get all the latest NFL news and notes.