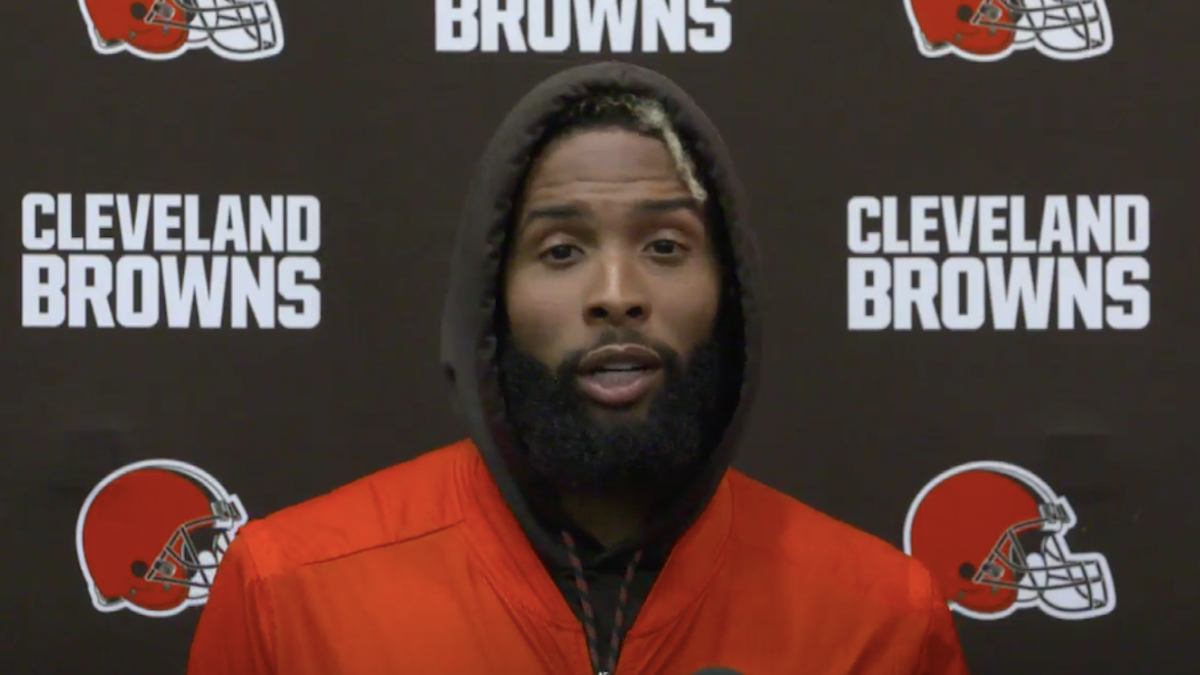 After spending the first five years of his career in New York, it sure sounds like Odell Beckham is glad that he’s not playing for the Giants anymore.

During an interview with Complex that took place this week, Beckham took a not-so-subtle shot at the Giants, with the receiver claiming that the team was holding him back and keeping him from reaching his full potential.

“I can’t wait to get going,” Beckham said of joining the Browns. “I just felt with the Giants I was just stuck at a place that wasn’t working for me anymore. I felt like I wasn’t going to be able to reach my full potential there; mentally, physically, spiritually, everything I felt capable of doing, I just couldn’t see it happening there.”

At one point last season, Beckham said he felt like a “caged animal” in New York, which is a feeling he definitely doesn’t seem to be experiencing in Cleveland.

“I think allowing me to be in an environment where I can be myself and give it a different approach, I feel like my football will benefit,” Beckham said.

Beckham, who was surprisingly traded to the Browns in March, also listed one other reason he’s glad to be out of New York: He was tired of dealing with “the politics” that came with playing for the Giants.

“I’m just excited about being able to play football again and not have to deal with all the other stuff and politics that came with my previous role,” Beckham said.

Although the Browns receiver hasn’t necessarily been bashing the Giants, he’s definitely taken a few subtle shots at the team this offseason. During his only interview of minicamp, Beckham casually pointed out that Eli Manning has nowhere near the arm strength that Baker Mayfield has.

“I have to get adjusted to the speed, because he’s got an arm,” Beckham said when asked about Mayfield. “He’s throwing that ball hard, so just catching him from the first day it was like, ‘Wow, this is different.'”

Of course, you probably shouldn’t expect to hear too much from Beckham over the next few weeks and that’s because the receiver has said that he’s going off the grid. Beckham was in London this week and isn’t expected to get back on the grid until July 1.