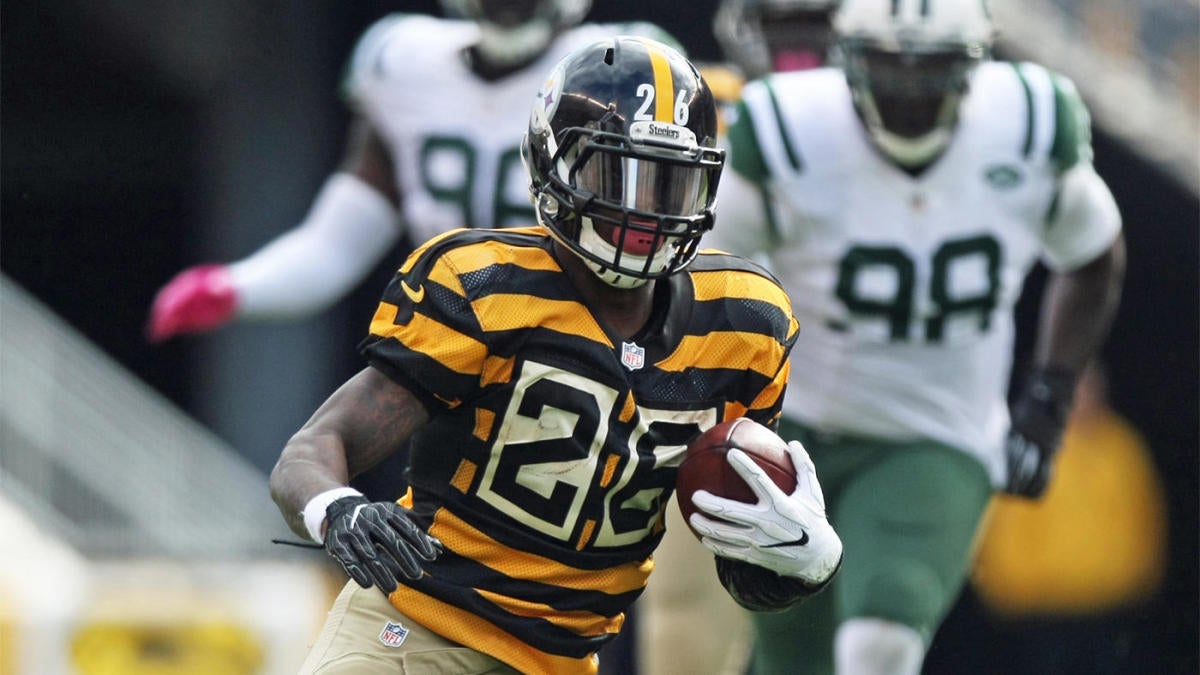 Le’Veon Bell recently told police in South Florida that two women known to him took more than $500,000 in jewelry from his home last month while he was at the gym on May 25.

TMZ has since obtained the 911 call Bell made to authorities and it offers some clarity on the situation, specifically why Bell struggled to identify what the women, described in the police reported as his “girlfriends,” were wearing when he left for his workout.

“Well, I had two girls in my house,” Bell said on the 911 call. “And I got up, and I did my normal routine to go to work out. So I left the workout for a couple hours. When I came back, they took my money, they took my watch, my jewelry, a couple more of my things of value out of my house. I don’t know where they’re at. I tried to call them before I called you guys. I tried to call them and they’re not answering me, and they’re ignoring me.”

So why couldn’t Bell describe what one of the women was wearing when he left the house?

“When I left, she was in the bed not wearing clothes … so I didn’t see her, when she [left the house].”

And the other woman?

Bell, who signed with the Jets in March and skipped voluntary workouts, did show up for mandatory minicamp, which began in early June.

It’s been a busy offseason for Bell; days before Bell called authorities, his new coach, Adam Gase, was answering questions about whether he planned on trading the running back months after signing him to a four-year, $52 million deal.

The impetus for the questions about Bell’s status?   The Jets fired general manager Mike Maccagnan days earlier and named Gase the acting GM. A short time later, a report surfaced that Maccagnan and Gase were at odds over signing Le’Veon Bell, to the aforementioned contract that included $27 million guaranteed.

Either way, Gase reiterated that he’s committed to Bell.

“We signed [Bell],” he said last month. “I’m excited we have him. I’ve been in constant communication with him. Discussions happen. To me, when you’re going through free agency — we signed a lot of guys — you’re trying to put together a big puzzle. You’re trying to figure out money, fit, locker room, all those things. There’s a lot of things go into all that stuff.

“Discussions are had and whether or not we disagreed on anything if it was financially, that’s a completely different story than the person or the player. That’s where a lot of this gets misconstrued. Le’Veon Bell is a great player. He’s a good person. He’s been in constant contact with me. I’ve enjoyed my interaction with him.”

It was also around this time that Jets defensive tackle Steve McLendon, who as Bell’s teammate in Pittsburgh, suggested to the running back that it would be in his best interest to attend the voluntary workouts.

“I talked to him and I told him, ‘You understand this place is different than Pittsburgh,'” McLendon explained. “I said, ‘You need to get back so you can understand the quarterback and the situation.’ … I told him, ‘The media is gonna get you if you don’t come back.’ That’s the truth. I did tell him that.”