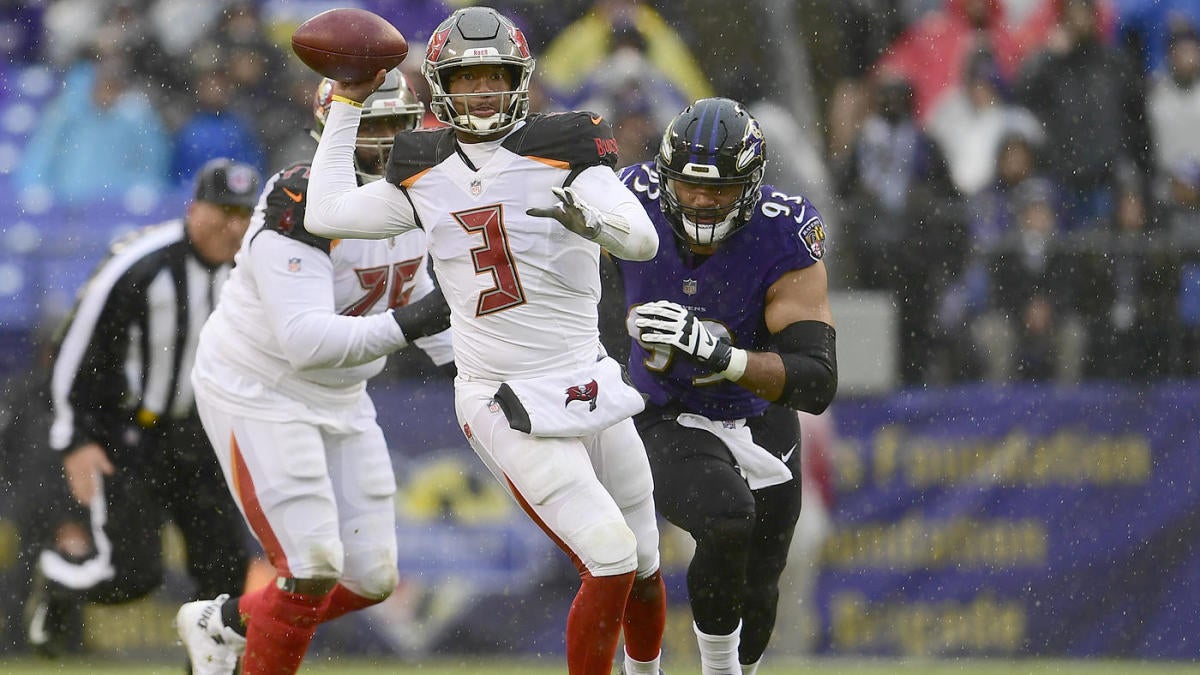 Byron Leftwich will be calling plays for the Buccaneers during the 2019 season. This is noteworthy because coach Bruce Arians, who spent nine years as an offensive coordinator in Cleveland, Pittsburgh and Indianapolis and is in his first year in Tampa Bay, isn’t one to pass along those duties to just anyone.

Leftwich, who played for Arians in Pittsburgh and joined his staff in Arizona in 2016, isn’t just anyone.

“I’ve been training guys for this job,” Arians said when he was hired by the Bucs in January, via ESPN.com’s Jenna Laine. “I always said I would never give up [playcalling] and look over anybody’s shoulder until I found one I knew could do it. I think he’s a rising star in this business.”

With the Cardinals, Leftwich went from intern to quarterbacks coach to offensive coordinator midway through last season when Mike McCoy was fired. (Arians retired after the 2017 season; Arizona hired Steve Wilks as his replacement and he was fired after a three-win campaign in 2018.)

“What [Leftwich] did with the interim title out there [in Arizona in 2018] — it wasn’t even his offense, it was Mike McCoy’s offense — and he did a heck of a job with some rookies. He’s more than ready,” Arians said.

Leftwich counts that stretch as one of the most important moments in his young coaching career.

“The greatest thing that ever happened to me last year [in Arizona] was the last two months of last year, just being in that situation,” Leftwich said. “Sometimes, we had seven or eight rookies in the huddle. I don’t think we had four draft picks. Those type of things, things that I learned that I was never able to experience in my early years of coaching, I got that opportunity to experience those things and I think I became a better coach from that.”

In Tampa, Leftwich’s job is getting the most out of Jameis Winston, who was benched for Ryan Fitzpatrick last season, though over the final seven games Winston threw 13 touchdowns against just 4 interceptions. Winston, who will make $20.9 million this season, is in the final year of his rookie deal.

“The first thing I told Jameis is, ‘I just need honesty,'” Leftwich explained. “‘I don’t care what the answer is, just give me honesty,’ because once I know how he’s winding and how he thinks, I can begin to call plays for him. It’s hard to really communicate and talk to people you don’t know. So, we’ve been building from the day I’ve been in here. Jameis and I are building a friendship also, like I’m doing with the rest of these players, we’re building friendships with these guys because that’s what you ultimately want. Family — everybody preaches family around the league, but this is what it means.”

Honesty is a recurring theme with this coaching staff. Here’s Arians said weeks after he was hired:

“I talked to Jameis this morning about it and said, ‘You and I are going to have hard conversations about our football team,”’ Arians told the Tampa Bay Times‘ Rick Stroud days before Super Bowl LIII. “‘You’re not a rookie. So when I come to you, I want honest answers.’ We had those conversations earlier today.”

The Bucs went 5-11 a season ago and it cost Dirk Koetter his job. The team finished 24th overall in team efficiency, according to Football Outsiders. And while they were 12th in offense, they were dead last in defense. Breaking it down even further, the passing offense ranked ninth and the running game was an abysmal 24th. It should come as no surprise then that the two areas Arians pointed to for improvement didn’t include the quarterback.

“Give him a running game,” the coach said of supporting Winston. “Give him a defense and see how good he can be. I think we can limit (turnovers). Never get rid of them. There’s nobody that ever does it. But you can limit turnovers. And you talk about it. You talk a bunch about it on the practice field. That’s when it gets ugly. ‘What the (expletive) was that?'”

Arians is sticking with Peyton Barber and Ronald Jones at running back — “I like our backfield, I think it’s [an] OK backfield. There’s not a David Johnson or a Todd Gurley, but you don’t need one,” the coach said last week. And the team used its first five draft picks to bolster the defense (and its sixth pick was a kicker).

Ultimately, Tampa Bay’s success will come down to Winston, who has done all the right things during the offseason.

“I think it’s very important, building that relationship with Byron,” Winston said. “He’s a very detail-oriented coach. He stays on us, day-in and day-out, and it’s just good to have.”