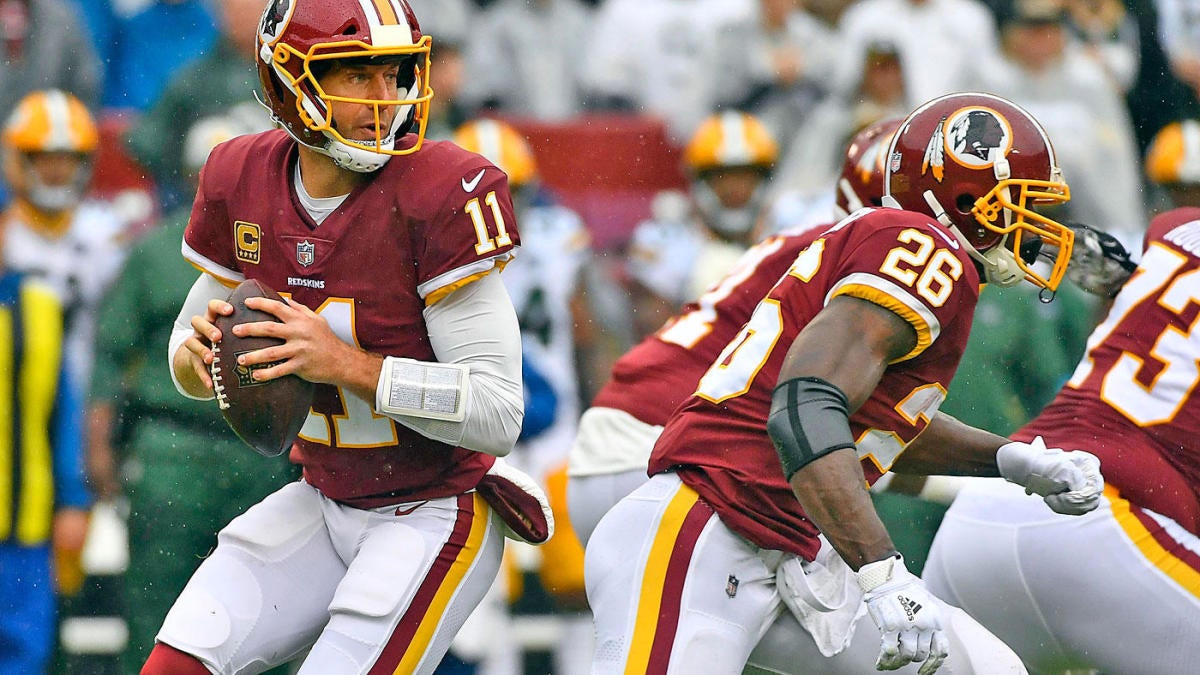 Alex Smith suffered a gruesome leg injury 10 games into the 2018 season, and it was serious enough to raise concerns about whether he would ever play again.

Last December, NFL.com’s Ian Rapoport reported that, “no one has been able to definitively say [Smith] is going to play football going forward.” And CBS Sports NFL Insider Jason La Canfora wrote this spring that the quarterback is “unlikely to ever play again” despite being due $54 million in guarantees.

But Smith isn’t giving up just yet. In an interview with Fox5 DC’s Angie Goff, the 35-year-old said this about returning to football: “That’s the plan. That’s the plan. Steps. I’ve got to conquer some more steps before I get there.”

So what do those steps include?

“Learn to run again, that’s a big one,” Smith continued. “I’m already throwing. I already feel like throwing is not a problem. I feel like I can throw. But dropping, moving around, all that kind of stuff, change of direction.”

Part of learning to walk again is removing the external fixator, which Smith can be seen wearing here:

Smith tells Goff that the fixator “is gonna save my leg and help me heal and allow me to walk again and hopefully play football again.” He says he has another 4-6 weeks before the fixator comes off.

This is all good news, according to orthopedic surgeon and former Chargers team doctor David Chao.

For now, the Redskins‘ contingency plans included trading for Case Keenum, using a first-round pick on Dwayne Haskins, and waiting for Colt McCoy, who broke his leg last season too, to get healthy.

“We would love for [Colt] to take some reps, but obviously his health is more important right now than anything, and that is the most important thing for him,” coach Jay Gruden said about McCoy on the first day of minicamp, via NBCSports.com. “When his time comes it will come quickly. He will be ready.”

Haskins has been opening eyes with his performance during offseason workouts, and Keenum has thrown for 40 touchdowns and 7,437 yards the last two seasons, but McCoy has something Haskins and Keenum don’t: an understanding of Gruden’s offense.

As Smith continues his recovery, the three other quarterbacks are in the mix for the starting job and the favorite may be Haskins, who started just one season at Ohio State.

“Oh, for sure,” Gruden said of Haskins’ earning the job. “I’d be silly not to. He’s put enough out there on tape to say he deserves a shot, without a doubt. I don’t know quite what he can do in the NFL in this system because it’s new to him, but his ability warrants the fact that, hey, let’s take a peek at this big son of a b—-.”