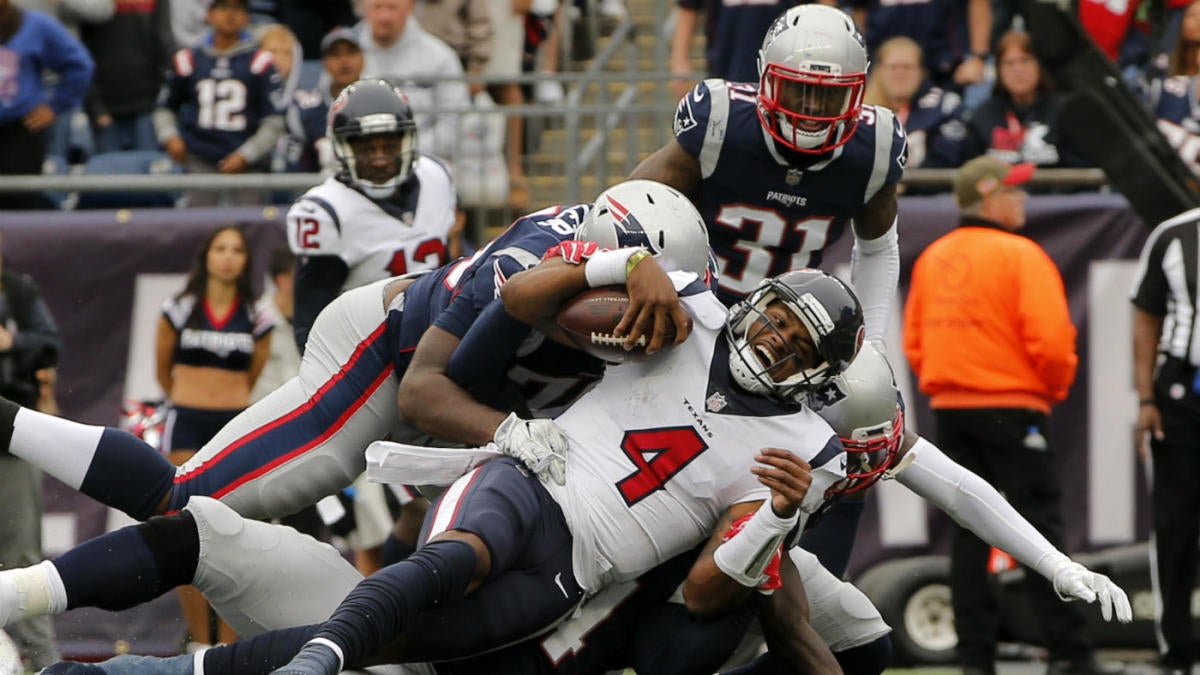 There’s never been much of a rivalry between the Patriots and the Texans, but at the rate things are going, there’s a chance that it will have turned into the most bitter rivalry in the NFL by the time the regular season starts.

Not only are the Patriots upset about the whole Nick Caserio situation, but it seems that New England is also kind of mad at one of their former employees, who took a job with the Texans this offseason. According to the Boston Sports Journal, the Patriots are “livid” with Jack Easterby, who spent six seasons with the Patriots before leaving the team this offseason to eventually take a job as Houston’s executive vice president of team development.

If you don’t know much about Easterby, here’s a quick synopsis: He was hired by the Patriots in the summer of 2013 to serve as the team’s team development director/character coach. After his hiring, Easterby quickly won over the locker room by fulfilling job duties that most other teams don’t really focus on.

“My role is to serve the players mentally, physically and help them as people,” Easterby said in February 2018, via The State. “Whatever way that might be. You want to pour yourself into people and what they do and what person they want to be.”

Even Tom Brady was a fan of the team’s character coach.

“He’s just a great person and friend,” Brady said. “You feel a special connection with him and with his genuine caring for all the people in his life.”

According to the Boston Sports Journal, Easterby basically went from Mr. Popular in New England to a mortal enemy due to two things that happened this offseason. The first one was Easterby’s decision to leave the team.

Easterby decided in late February that he was going to leave the team, and the timing wasn’t a coincidence. According to the Boston Globe, one of the reasons Easterby decided to jump ship is because of Robert Kraft’s arrest. Apparently, Kraft being charged with soliciting a prostitute didn’t “sit well” with Easterby, according to the Globe.

The fact that he left the team at such a vulnerable time really “pissed off” the Patriots, according to the Boston Sports Journal. One month after leaving his job with the Patriots, Easterby was hired by the Texans to serve as their executive vice president of team development.

During his short time in Houston, Easterby managed to upset the Patriots again, and that happened when he tried to recruit Caserio to the Texans. Yup, this story just came full circle. It was Easterby’s actions that led the Patriots to file tampering charges against the Texans during their pursuit of Caserio.

According to Pro Football Talk, the Patriots apparently had photos, videos, and “other proof” of interactions at the team’s Super Bowl ring ceremony between Caserio and Easterby. The Patriots eventually dropped their tampering charges against the Texans, but only after Houston agreed to stop pursuing Caserio.

If the Patriots are still upset, there’s a good chance they’re going to take out their anger out on the Texans, and the good news for us is that these two teams will be meeting in a nationally televised game this year. The Patriots and Texans are scheduled to meet in Week 13 for a Sunday night game that will take place in Houston.