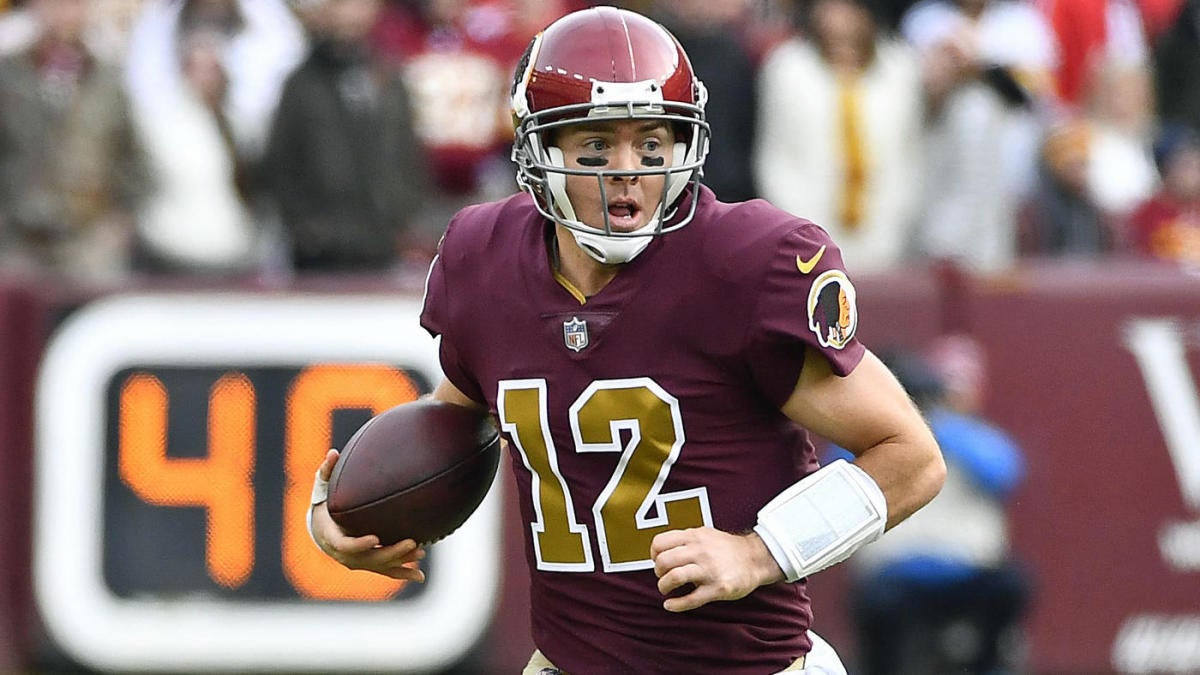 A year ago Alex Smith was the Redskins‘ unquestioned starting quarterback. Now, with training camp some six weeks away, Smith is still recovering from a broken leg suffered last season and so too is his backup, Colt McCoy. But while it’s highly unlikely that Smith sees the field in 2019, when McCoy is cleared to return he’ll find himself in the mix for the starting job.

“We would love for him to take some reps, but obviously his health is more important right now than anything, and that is the most important thing for him,” coach Jay Gruden said about McCoy on the first day of minicamp, via NBCSports.com. “When his time comes it will come quickly. He will be ready.”

McCoy will have stiff competition in first-round pick Dwayne Haskins and offseason acquisition Case Keenum. Haskins has been impressive during offseason workouts, showing off a rocket right arm. And Keenum, who arrived in Washington via trade after one season in Denver, has thrown for 40 touchdowns and 7,437 yards the last two seasons.

But McCoy has something Haskins and Keenum don’t: an understanding of Gruden’s offense.

“I view new offenses like learning new languages,” Keenum explained last week, via the team’s website. “Certain offenses are like English to Chinese. Certain offenses are like Portuguese to Spanish. I would say I’ve been in Spanish before and this is more Portuguese. There’s some carry-over, but some little tweak of the same word might mean something different in a different language. Part of it is trying to forget some of the old stuff and replace it with new stuff.”

When asked if he’s become proficient at learning new offenses during his eight-year career that has included six teams, Keenum added: “I think so. There’s no Rosetta Stone for the West Coast offense though.”

Meanwhile, Haskins has been opening eyes with his performance since Washington grabbed him with the 15th overall pick.

“You see the ‘wow’ plays and you’re like, ‘Jesus,'” Gruden said during minicamp last week, via ESPN.com. “When he’s on, there’s nobody you’d rather have than Dwayne. Really. It’s pretty. He stands tall; he has a cannon, and he can quicken up his release. He’s got great touch. Strong, powerful arm; strong, powerful body. But sometimes when he’s off, he’s abnormally off. It’s kind of weird.”

And while Haskins may not have Keenum’s mastery of the offense, he too will be in the mix for the starting job.

“Oh, for sure,” Gruden said. “I’d be silly not to. He’s put enough out there on tape to say he deserves a shot, without a doubt. I don’t know quite what he can do in the NFL in this system because it’s new to him, but his ability warrants the fact that, hey, let’s take a peek at this big son of a b—-.”

He also feels like he has something to prove after two other quarterbacks — Kyler Murray and Daniel Jones — were taken ahead of him.