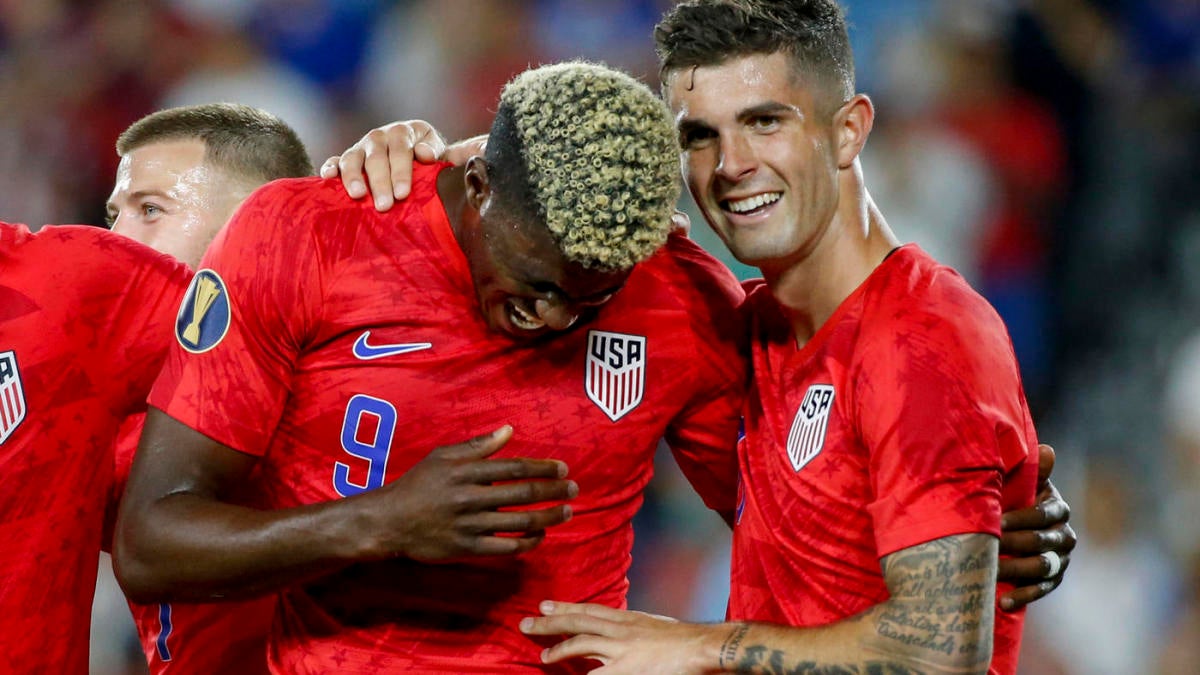 There was some good and some bad from the U.S. men’s national team in Tuesday night’s 2019 Gold Cup opener, with the Americans ultimately triumphing over Guyana, 4-0, thanks to a strong debut from Tyler Boyd. There was also some wackiness.

Gyasi Zardes, who plays for the Columbus Crew in MLS, finished the victory with one of the team’s four goals. In the box score, he extended the Americans’ lead to 3-0 with a deflection of teammate Paul Arriola’s laser of a shot. The only catch? He deflected it unknowingly with his face.

Arriola’s shot actually first struck the head of Guyana defender Terence Vancooten, then bounced immediately to Zardes’ head and into the net. (Is this what they meant by, “Keep your head in the game?”)

Zardes’ teammates soaked up the moment, celebrating the fluke score and, particularly, Zardes for enduring a screaming shot to the face. But moving forward, it remains to be seen just how much involvement Zardes himself will have in Gregg Berhalter’s plans. As CBS Sports’ Roger Gonzalez noted following Tuesday’s win, the forward was “not super involved and seems better suited as depth on the wing.”

You can watch the USMNT in the Gold Cup on fuboTV (try for free).