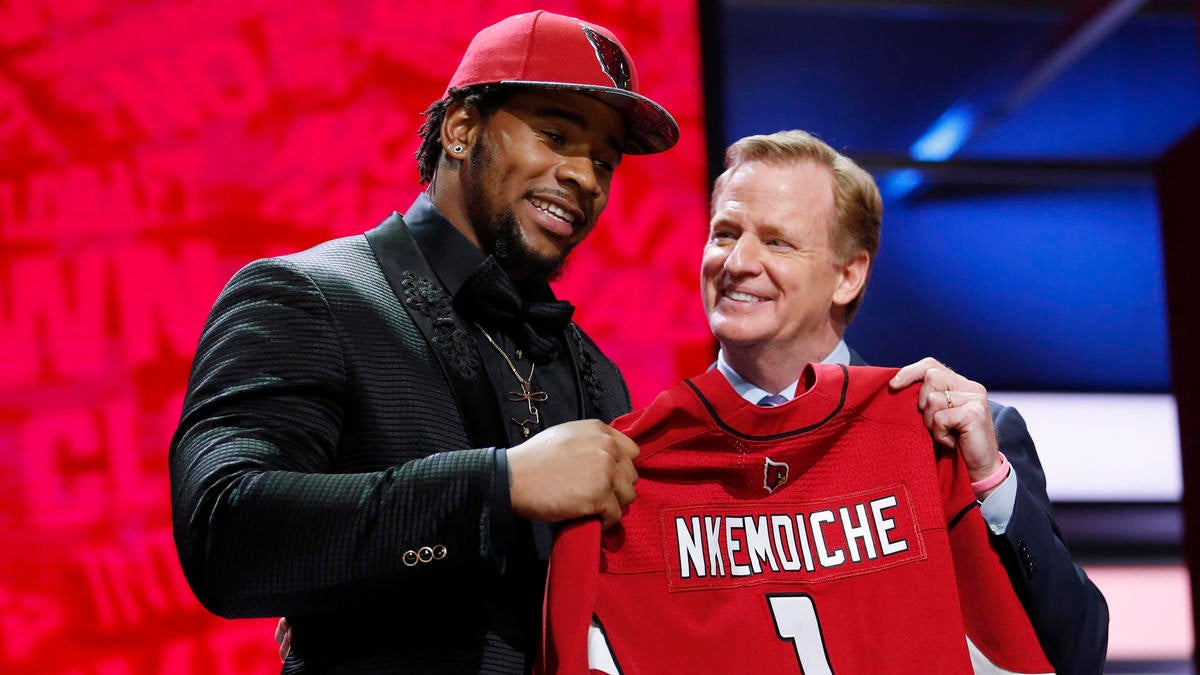 Cardinals defensive lineman Robert Nkemdiche is facing multiple charges in Arizona after being pulled over for a speeding ticket in early June.

According to police report obtained by ABC-15 in Phoenix, police pulled the defensive lineman over at 6:30 a.m. on June 6 after they clocked him going 75 mph in an area where the speed limit was 45 mph. Nkemdiche said he was speeding because he was trying to get to practice, which was scheduled to start at 7 a.m.

During the traffic stop, Nkemdiche was taken into custody after authorities realized that he had a warrant out for his arrest. The warrant was for driving on a suspended license and failing to appear for a court hearing.

Not only will Nkemdiche have to go to court for those two charges, but police tacked on another charge of excessive speeding since the 24-year-old was going more than 20 mph over the speed limit. During the arrest, police also noted that there was a white powdery substance in the car that was consistent with the appearance of cocaine. However, Nkemdiche wasn’t hit with any drug-related charges.

Although the public didn’t find out about the arrest until Wednesday, the Cardinals said they were already aware of the situation.

“We are aware of the June 6th incident involving Robert Nkemdiche,” the team said in a statement. “We have alerted the NFL office in accordance with the league’s personal conduct policy and will comment further when appropriate.”

Nkemdiche, who was taken with the 29th overall pick in the 2016 NFL Draft, hasn’t really lived up to the expectations that come with being a first round pick and there’s a good chance he won’t be be returning to Arizona after the 2019 season.

The defensive lineman is headed into the final year after the Cardinals decided not to exercise his fifth-year option, which would have kept him in Arizona through the 2020 season. Nkemdiche has battled multiple injuries during his career, which has caused him to miss 21 games over three seasons. One of Nkemdiche’s most serious injuries happened last season, when he tore his ACL during a Week 14 loss to the Lions.