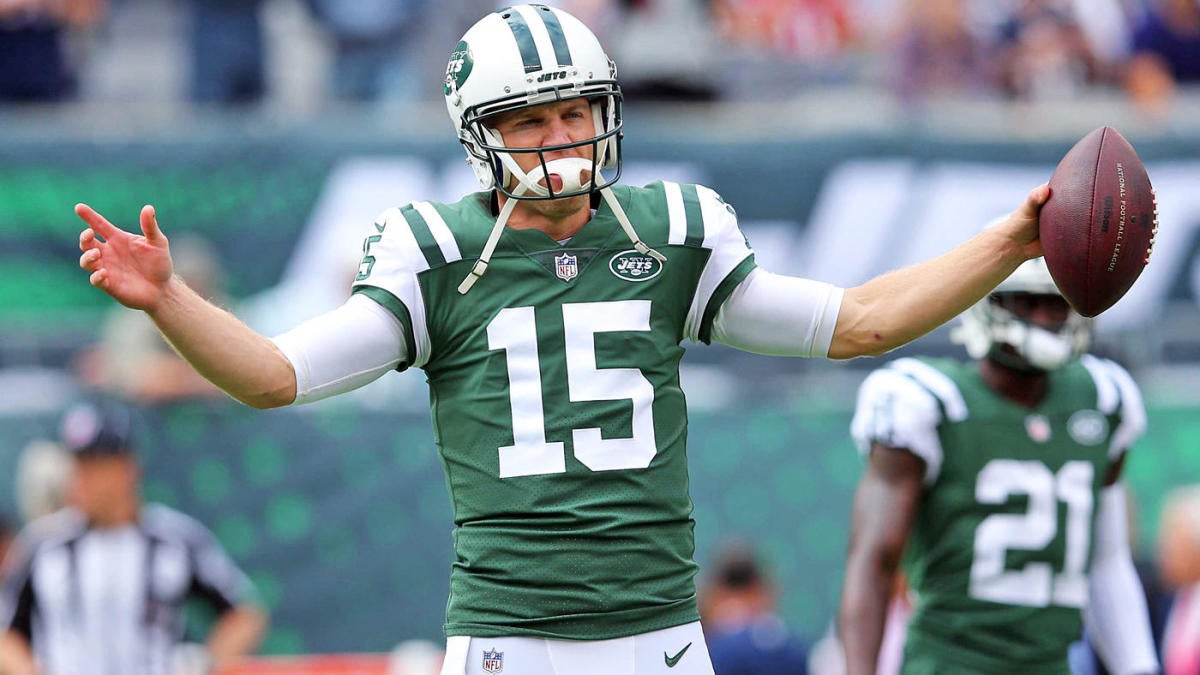 Josh McCown announced on Monday that he was retiring from the NFL after 17 seasons and 10 teams. He attempted 2,628 passes over his career with 98 touchdowns and 82 interceptions, but we’re here to talk about that one game during the 2006 season when the quarterback played wide receiver.

McCown had three unofficial receptions in the Week 13 matchup against the Patriots, though one was nullified because of offensive pass interference. You can judge for yourself below, but either way our biggest takeaway was this: McCown was a solid route-runner with the ability to separate and showed good hands on both short and deep routes.

That PI call can generally be described as ticky-tack. That’s a Pro Bowl-level route and sideline grab. Detroit led 18-13 at the time and that reception would have given them the ball at the Patriots’ 7-yard line. Despite the penalty, the Lions sustained the drive and settled for a field goal but two fourth-quarter Corey Dillon touchdown runs sealed the win for the New England.

So how did McCown, who didn’t attempt a pass during the ’02 season, find himself playing wide receiver? NFL Network’s Kimberly Jones explained back in 2017:

“Jon Kitna was the starting quarterback,” she said during an appearance on NFL GameDay Morning. “He threw an interception that was the receiver’s fault. ‘Get your gloves.’ He benched the receiver, and Josh McCown played out of the slot in the entire second half. He told me he had a blast. He had a couple catches. He said a third was nullified by a pass interference call that he still disputes.”

NFL.com’s Kevin Patra noted at the time that the play-by-play of the game showed that Jon Kitna’s first interception was intended for Corey Bradford, who had two targets and one catch for 12 yards that afternoon. For the 2002 season, his last in the NFL, Bradford was targeted 25 times and had 14 catches for 164 yards and no touchdowns.

By the way, don’t let the journeyman-backup-quarterback role disillusion you; McCown was a freak athlete. A third-round pick out of Sam Houston State, McCown ran a 4.64 40 at the ’02 combine and had a 3-cone time of 6.85, according to the website NFL Combine Results. For some perspective, that 40 was faster than Anquan Boldin’s and that 3-cone bested D.K. Metcalf by more than a half-second.

For now, the Josh McCown era has come to a close.

“At the end of the day, no matter what team I was on, I tried to serve it to the best of my ability, and I tried to influence my team in a positive manner. I hope I did that,” McCown wrote for The Players’ Tribune on Monday. “And I made sure that when my number was called, I was prepared, and I gave it everything I had, every time. I may not have turned out to be the franchise quarterback I set out to be back at Cardinals rookie camp, but I’m extremely proud of the career I had.

“So to everybody who’s been a part of it — Coach Turner, Natalie, my family, my teammates … everybody — thank you, from the bottom of my heart. It’s been one heck of a journey,” he wrote. “And I wouldn’t trade it for anything in the world.”