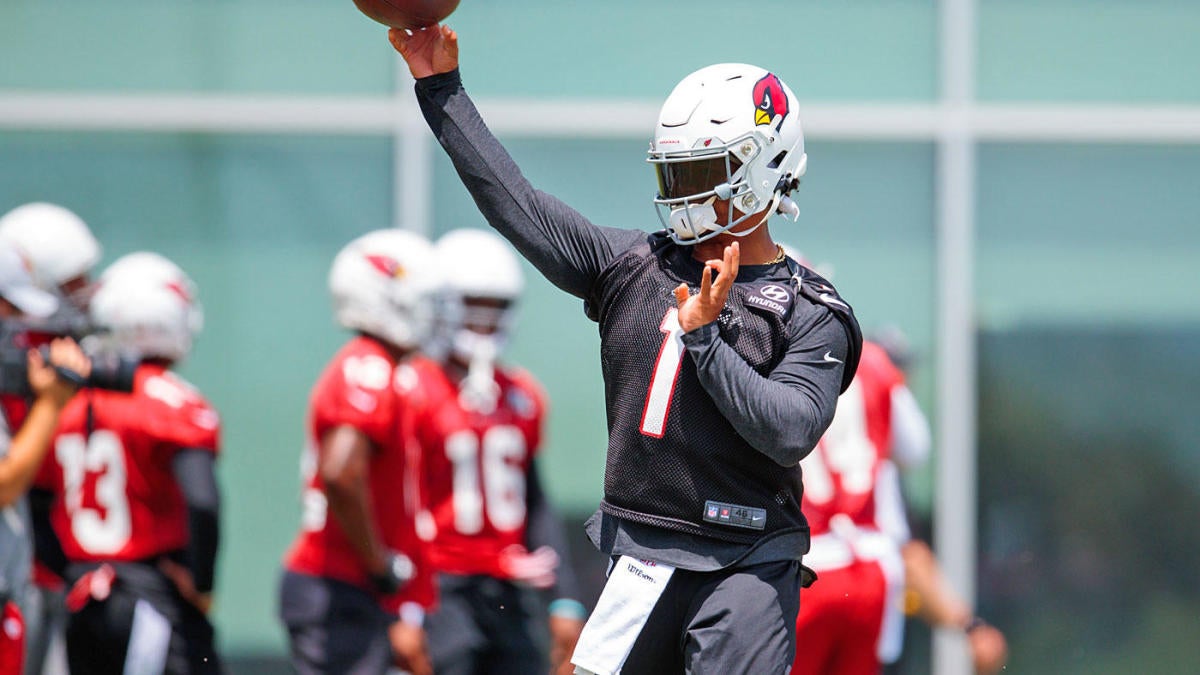 It’s safe to say that Kyler Murray’s first few weeks as a franchise quarterback have gone smoother than Daniel Jones‘ — fair or not. And with OTAs in the books for all 32 teams, we have a month and a half until the start of training camps and our first real glimpses at how these rookie quarterbacks will perform with starting jobs on the line.

Until then all we can go on is what we hear. And Murray, the No. 1 pick in the 2019 NFL Draft, has done nothing but impress. We know this because his teammates keep talking about it.

“First off, he’s faster and quicker than I thought when we got on the field,” running back David Johnson said, via ESPN.com’s Josh Weinfuss. “I think a lot of people underestimate how great he can throw. He throws a dart. Accurate dart. Even in quarterback drills, seeing him throw it at the net and seeing him hit it five in a row. I think a lot of people underestimate his throwing ability.”

Former Bears first-round pick Kevin White, who is in his first offseason with the Cards, added: “As soon as he came in, he looked just as good as he does now. I think now, he is more fluid where everyone’s on the same page, I would say, but he’s a special talent.”

Guard J.R. Sweezy, who also joined the team this spring after spending five of his first six NFL seasons with the Seattle, sees a lot of similarities between Murray and Russell Wilson.

This comes weeks after Murray was being compared to Patrick Mahomes.

“You could compare it to that (Murray and Mahomes’ arm strength). It’s very unique, for sure,” said wide receiver Christian Kirk, who played one year with Murray in college, via the Arizona Republic’s Bob McManaman. “I’ve talked about it before. Obviously, everyone knows what he can do with his legs, but what he’s able to do with his arm and just the way it comes off his hand. It’s never a duck; it’s always a spiral. It’s just so quick coming off his hands and the ball is usually never late and it’s usually never under-thrown.”

First-year coach Kliff Kingsbury, who coached Mahomes for three seasons at Texas Tech, didn’t seem surprised that Murray and Mahomes were mentioned in the same breath, in part because both are wildly athletic, but also because both have baseball backgrounds.

“It’s just a quick, efficient release,” Kingsbury said of Murray back in late May. “He can drop it down. Pat [Mahomes] was the same way and is the same way. They can drop it down and not lose accuracy, not lose touch. They’re so used to throwing from different platforms, different angles in baseball and it just translates over to football for them.”

“He’s shown nothing but great leadership and hard work and doing the right thing,” guard Justin Pugh told Weinfuss. “Once we get the pads on, we’ll get a lot more of a feel for each other, and I’m looking forward to that.”