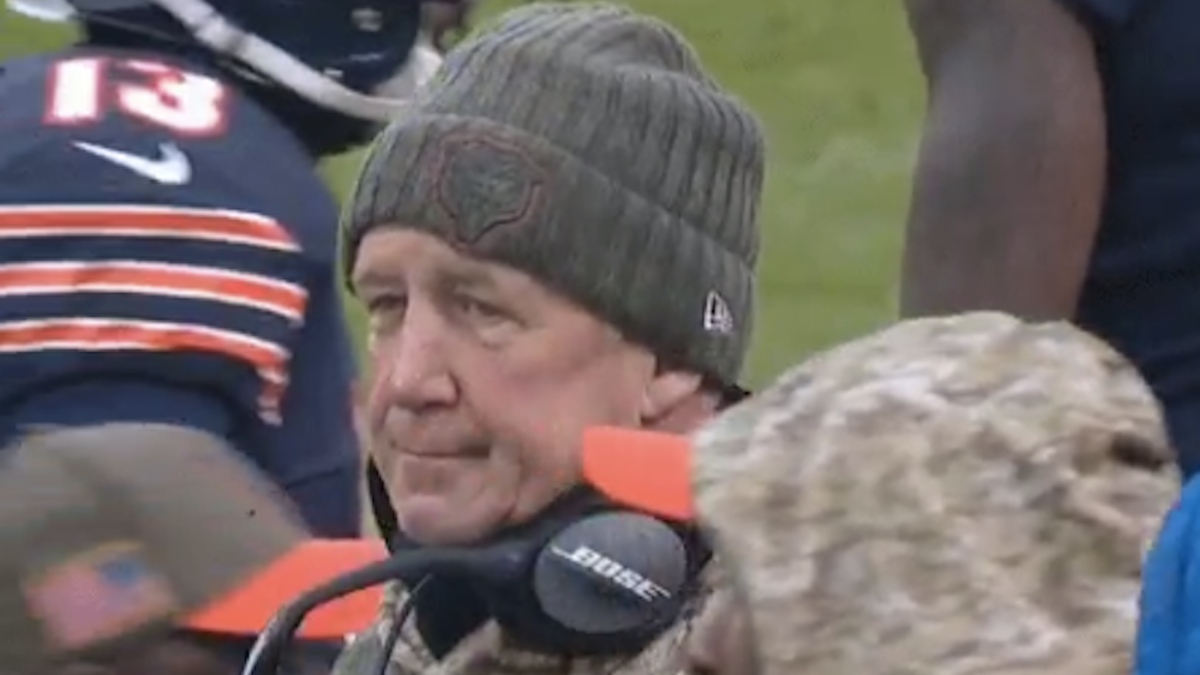 John Fox spent 2015-2017 in Chicago, where he coached the Bears to 14 total wins and never more than six in a season. Here’s how those teams finished each year, via Football Outsiders’ metrics:

We mention this because Matt Nagy, in his first season, led the Bears to 12 wins, the division title, and their first playoff appearance since 2010, back when Lovie Smith was the coach. In terms of advanced metrics, the ’18 squad ranked No. 5 overall, 20th in offense, No. 1 in defense and, perhaps most noteworthy, 26th in special teams.

When asked on Monday which NFL team had the worst offseason, Fox, who is now an NFL analyst for ESPN, pointed to the Bears. Specifically, the Bears’ issues with finding a competent, reliable kicker.

“I think when you’re going to play defense, you’re going to lean on takeaways to help a young offense, and you don’t have a kicker, a reliable kicker, that you’re going to need those points from after some of those turnovers,” Fox said on ESPN’s “NFL Live” via the Chicago Sun-Times. “I think the kicking question is really big right now in Chicago. And I think that might be a problem for them in the season.”

Of course, Fox was still employed by the Bears when the organization decided to part ways with Robbie Gould, who converted 85.4% of his field-goal attempts during his 11 seasons in Chicago. Gould sported a 100% conversion rate with the Giants in 2016 and in two years with the 49ers, Gould’s at 96%.

By comparison, the Gould replacements have been … less efficient. Connor Barth converted 78.3% in 2016; the combination of Barth, Mike Nugent and Cairo Santos managed just 72.7% in 2017; and Cody Parkey slightly improved on that number last season when he converted 76.7%.

And it’s gotten worse from there. The team traded for Raiders kicker Eddy Pineiro this offseason and he joined a competition that included Chris Blewitt and Elliott Fry. Things heated up last week.

On Tuesday (June 11), Bears coach Matt Nagy gave all three of his kickers a chance to make a field goal from 42 yards — one yard closer than the distance of Parkey’s miss in the playoffs that ended their season prematurely. Similar to how six of the Bears’ eight kickers at rookie minicamp failed to make their kicks from 43 yards away, all three of the Bears’ kickers missed 42-yard field goals in front of the entire team and roughly 25 Bears alumni who were watching minicamp, according to ESPN.

When it was over, Blewitt was out of a job and, for now, Fox ain’t wrong.

The good news is that the Bears’ defense was the league’s best a season ago and quarterback Mitchell Trubisky is entering his second year of playing in Nagy’s offense. There’s a lot to like about this team — assuming they can find even a replacement-level kicker.