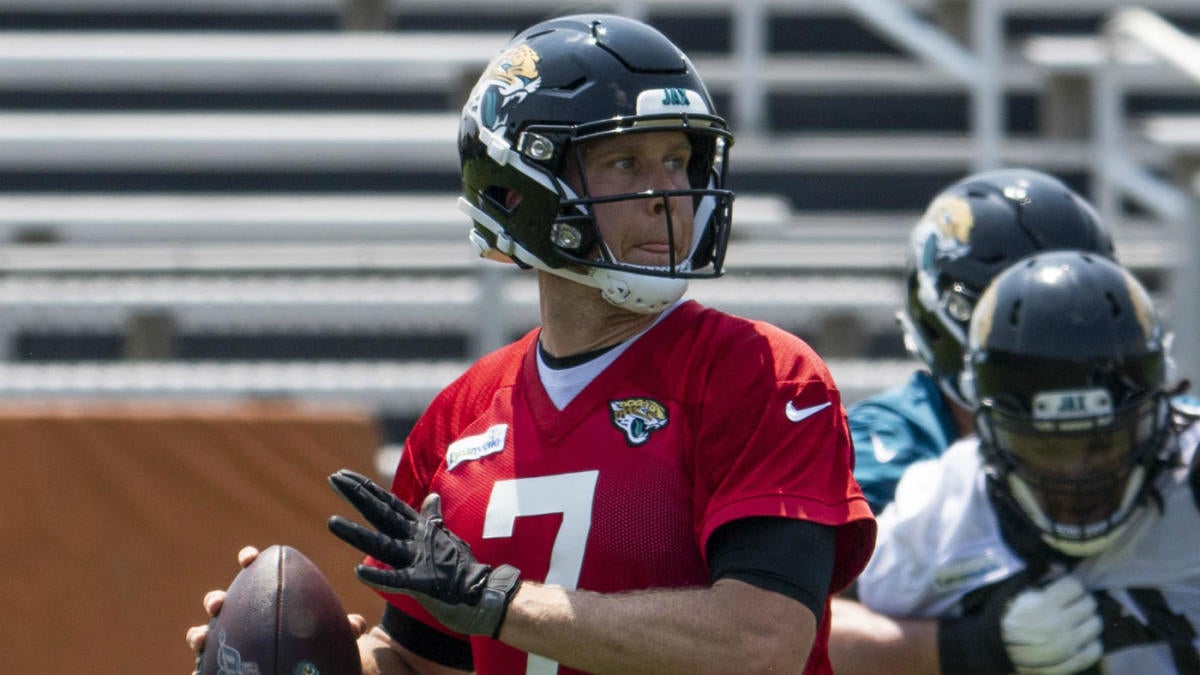 After a storied run with the Philadelphia Eagles, Nick Foles is preparing for his first starts with a different team in four years, and word on the street is that he has impressed early in his debut offseason with the Jacksonville Jaguars.

Tom Coughlin and Co. aren’t just paying Foles $88 million over four years to look good in shorts, however. After an overlong stint with Blake Bortles as their top guy under center, the Jags dug deep into their pockets this year to land one of the NFL‘s most inexplicable stories of his time — a star-turned-backup-turned-Super-Bowl-hero-turned-backup.

Will Foles, of all people, be the one to save the Jaguars after their plummet to 5-11 in 2018? Or will he once again falter outside of the friendly confines of his first football home, Philadelphia?

Let’s hit all sides and get down to the bottom of it.

Why Foles will save the Jaguars

For one thing, he’s an obvious upgrade on Bortles. That’s not saying much on its own, perhaps, but when you remember the Jags rode Bortles to within one game of a Super Bowl appearance not long ago (the same year Foles ended up there), all of a sudden mere competence sounds like something that could propel Jacksonville back into the playoff picture. Completion percentage and quarterback rating are by no means definitive indicators of QB hierarchies, but it’s amazing just how much better Foles has been at something as simple as completing passes over the last three years, albeit in a smaller sample size of starts:

Limited as his full-time starting resume may be, Foles has already accomplished far more than Bortles probably ever will when it comes to big-game performance, and if you don’t think that counts for something, try talking to the teams that have fallen victim to Foles’ magic — both in and outside of the playoffs — during the ex-Eagle’s career. Game-winning drives, for example, do not paint a full picture of a QB’s worth, but only Tim Tebow, of the Comeback Hall of Fame, has posted more clutch performances among QBs with a comparable ratio of starts and go-ahead scoring drives. Foles is a proven winner, whether you like it or not.

Writing off his historic Pro Bowl season back in 2013 is no longer that big of a knock on Foles, considering he’s fresh off back-to-back playoff runs and one of the most productive roads to the Super Bowl in NFL history. But even if you ignore all that, it’s impossible to overlook that leadership is a very real and very respected part of his persona. Culture often accentuates good performances more than it dictates them, but if we can at least agree that Foles is, overall, a relatively good QB, we should not ignore the fact that teammates — and teams — have consistently gone to bat for this man as if he’s a Hall of Famer.

Is that going to win the Jaguars football games? By itself, probably not. But it certainly does not hurt, and if a newfound belief that Jacksonville has a legitimate leader under center sparks even a fraction of the rest of the roster to pick its head up from 2018’s slog, that will go a long, long way in restoring the Jags as real contenders.

And speaking of the rest of the roster, there might not be a squad better suited for Foles in all of football, thanks to the defense. While his skill-position weapons are lacking (see: next section), he’s got a familiar friend in John DeFilippo running the offense and, even more importantly, the benefit of working with a “D” that almost everyone expects to be back in top form in 2019. On a team that can consistently keep the ball out of opponents’ hands, Foles shouldn’t be nearly as burdened. If he’s asked to be little more than a guy who doesn’t give away games, he’s more than capable of getting the job done.

Not that it matters a whole lot considering the varying circumstances, but history also tells us Foles is no slouch when it comes to playing against the AFC South. Take a gander at his career numbers vs. teams within his new division:

Why Foles won’t save the Jaguars

There are maybe three or four — five, if you want to stretch it — quarterbacks who are good enough to transcend their surroundings. Put Russell Wilson or Aaron Rodgers or Patrick Mahomes on any team, and you’re at least guaranteed a shot at the playoffs. The problem is that the majority of QBs — even some that are really good — require solid supporting casts to hit their ceilings. Heck, even Rodgers has proven more futile than Packers fans like to admit when Green Bay isn’t doing much around him.

All that to say: Foles is not Rodgers or Wilson or Mahomes. Even worse, it’s hard to gush over the weapons he has in Jacksonville.

The Jaguars have not had a wide receiver top 750 yards the last two years, and they’ve gone without a 1,000-yarder for three straight. That’s not because they’ve had some elite No. 1 target sidelined by injuries, either, unless you put Marqise Lee in that category — in which case you must be Marqise Lee’s agent. Dede Westbrook, Chris Conley, Keelan Cole and Terrelle Pryor are just not an inspiring bunch, even if Westbrook has flashed big plays and Conley is good friends with Foles.

Maybe Geoff Swaim is due for a breakout, and maybe DJ Chark will put his size to use, but how many casual NFL fans even know who those guys are? This isn’t meant to disparage under-the-radar prospects. It’s meant to remind us the Jaguars are just generally underwhelming at the skill positions, where a plodding and oft-injured Leonard Fournette is probably the best bet at a revival on the ground. With so many question marks (or, more so, “meh” options across the board), it’s fair to wonder whether the upgrade from Bortles to Foles is significant enough to keep Jacksonville rolling in the event the defense isn’t otherworldly dominant.

This doesn’t tell the whole story, obviously, but just consider what Foles’ offensive help looked like the last time he was on the field compared to what he’ll have when he opens 2019 with the Jags:

The fact that any reasonable NFL team would barely take any of the Jaguars’ starters over what Foles previously had isn’t the point. It’s how much of a drop-off there is between most of the lineup. We’ve seen Foles in extended action outside of Philadelphia just once, with the Rams, and while part of the QB’s incredible journey was overcoming his struggles there, that forgettable stint also gives us no choice but to hesitate when setting the bar for him alongside a so-so supporting cast.

So in the event Foles isn’t an exact replica of his 2013 or Super Bowl LII self, it’s hard to suggest he has what it takes to help the Jaguars go the distance — in large part because he simply doesn’t have the help he needs.

So what’s the verdict?

Great question. And to answer, we offer another one: What, exactly, does “saving” the Jaguars look like?

This writer’s opinion on Foles depends on how you answer that.

If “saving” Jacksonville means winning them a Super Bowl, then no, that doesn’t seem like a good bet. It’s not a good bet for any team, really, in a league with so much parity, but the Jaguars, as currently constructed, simply do not have the makings of a modern-day contender. The defense is promising, yes, and with a healthy O-line, refreshed Fournette and creative calls from DeFilippo, Foles and Co. could easily go for a run. But in a league where high-flying offense is the best recipe for sustained success, it takes a rainbow-lens magnifying glass to find much excitement in the lineup directly surrounding Foles.

Foles is no ordinary QB with no ordinary story, and his leadership should be welcomed in Jacksonville. But free agent QBs rarely work out in the long run, and coupled with the aforementioned concerns, it’s fair to say his best days are behind him.

If, however, “saving” the Jaguars simply means reverting the team to something like its 2017 form rather than repeating 2018, then yes, Foles will absolutely get the job done. He might not have weapons of the same caliber as his peak Eagles starts, but he’s got enough grit, experience and support from the staff, trenches and defense to thrust this team back above .500. A 9-7 or 10-6 finish sounds right up his alley, and considering how hard and far the Jags fell a year ago, maybe that constitutes true “saving,” after all.