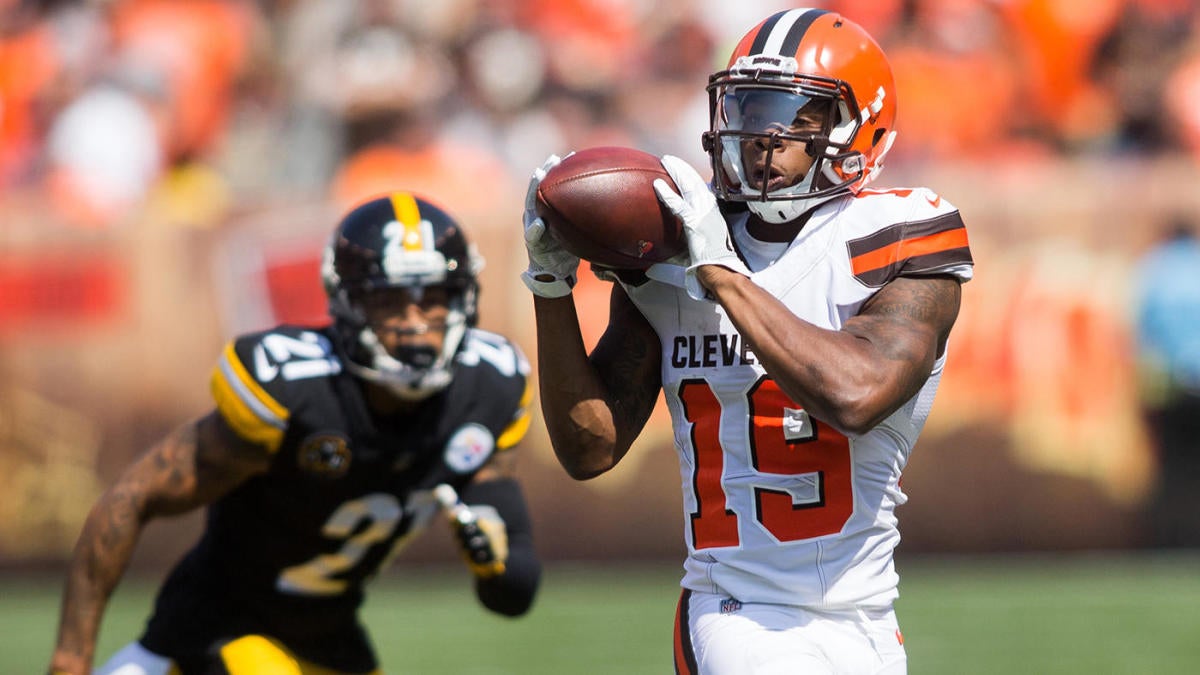 Joe Haden spent his first seven NFL seasons with the Browns, the team that selected him seventh overall in the 2010 NFL Draft. From 2010-2016, the team averaged 4.1 wins a season, the lowlight for Haden coming in 2016 when Cleveland went 1-15. The lowlight for the organization came a year later when they went 0-16, but Haden was cut before the season and promptly signed with the Steelers, where’s he’s been one of Pittsburgh’s best defensive players the last two seasons.

Haden was back in northeast Ohio to take part in Jarvis Landry’s celebrity softball game and he talked about the 2019 Browns, who are not only favorites to win the AFC North, but are looking at 16-to-1 odds to win the Super Bowl.

Specifically: Why did this team, which was so bad for so long, wait until Haden was gone to finally improve?

“If you want me to be honest, yes [I wondered about that],” Haden said on Saturday, via Cleveland.com’s Mary Kat Cabot. “Every year I was here, I always felt like ‘this is going to be the year.’ No matter who the quarterback was, we were like, ‘he’s good enough to be a professional quarterback, he can make it happen for us.’ I’m not in any way upset, but like I’m like ‘damn, if I was there, that sure would’ve been sweet.'”

The Steelers went 13-3 in 2017, but lost in the divisional round to the Jaguars. And last season, the team came apart down the stretch — after a 7-2-1 start, Pittsburgh finished 9-6-1 and missed the playoffs. And while Haden’s first year with his new team was also the first time he ever appeared in the postseason, he also knows that it takes more than just a stacked roster to have sustained success.

“Obviously with talent coming to the team, everybody understands how good they can be,” Haden said. “You all got to put it together, but with Baker being a young quarterback, Odell, Jarvis, bringing great defensive pieces, Myles (Garrett), it’s talent. It speaks for itself. On paper it looks amazing. So that’s the thing, just making sure that they stay together and work together as a team. That’s going to be one of the biggest things. But as far as outside looking in, it looks amazing for sure.”

But can the Browns win the AFC North, something they have never done?

“I would say they’re up there,” Haden said. “You could put their talent against anybody’s talent in the division and that’s what makes it good. At the end of the day, that’s not who wins it all the time. You’ve got to be a team. You’ve got to do it on special teams, offense and defense. Knowing that you have the athletes, now it’s just performing and taking coaching and just jelling together as a team.”

The Steelers, who won the division in ’17, spent the early months of this offseason trying to explain what went wrong in ’18. Coach Mike Tomlin drew criticism for his handling of Antonio Brown, who was traded to Oakland in March, as well as the team’s late-season slide. Weeks after Brown’s trade Haden came to Tomlin’s defense.

“He has complete control of the team,” he told NFL Network’s Stacey Dales. “You have two totally different situations with Le’Veon [Bell] and with Antonio. It is what is. It’s a business. You can’t blame coach T for that. He’s one of the best coaches I’ve ever played for. You can only ask for honesty. He keeps it real with you. He lets you know exactly where you stand. He lets you know exactly how he feels about you, if you’re productive, if you’re not. He treats everyone fairly, but I’m gonna say not everybody gets treated the same.”

On Saturday Haden reminded everyone that while the Browns have an impressive roster, the Steelers aren’t exactly slouches — even with the loss of Bell and Brown.

“At the end of the day, if you don’t have a quarterback, you don’t have a chance,” Haden explained. “And I feel like JuJu Smith-Schuster, he’s a great receiver. I feel like James Conner, he’s been doing his thing. We have one of the best offensive lines in the league. And we’ve got Ben [Roethlisberger], that’s been doing it for so long, won championships and won everything like that.

“I feel like we have great defensive players, bringing in [2019 first-round pick Devin] Bush, our D-line’s crazy. Offensive line, I feel like they’re the best in the league. So we just gotta put it all together too.”

The Browns host the Steelers in Week 11 and the two teams meet in Pittsburgh two weeks after that.