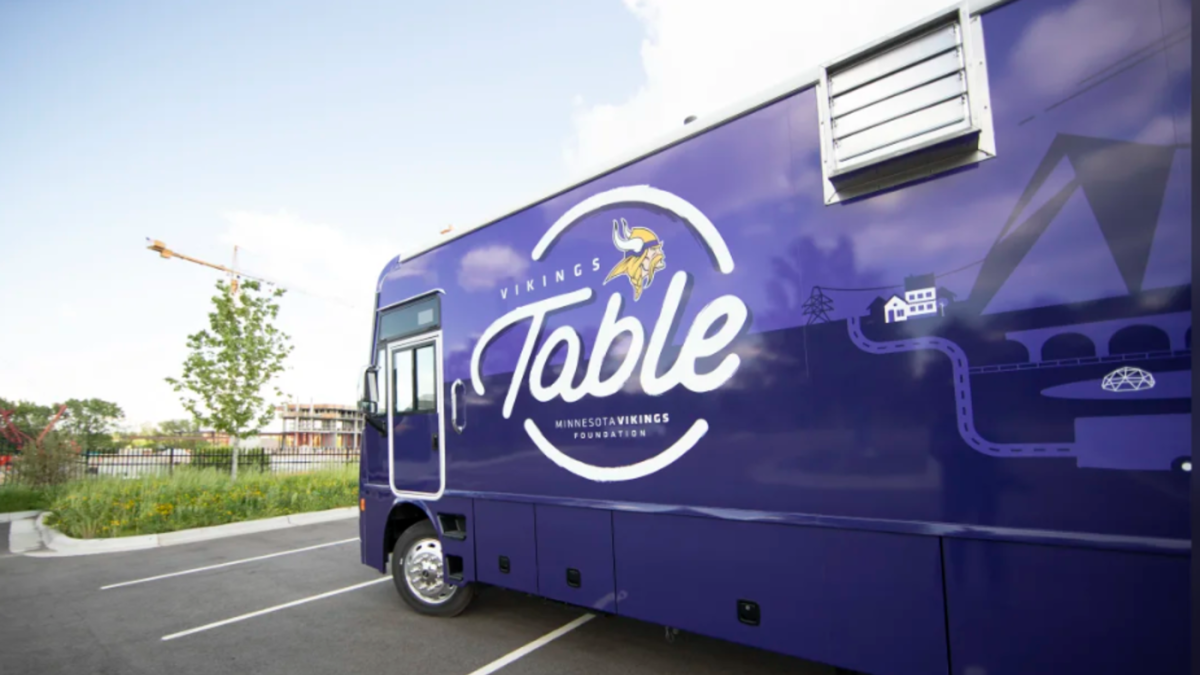 The 38-foot Vikings Table Winnebago, founded through a partnership between Xcel Energy and the Minnesota Vikings Foundation, will raise funds by serving traditional food truck fare — including Juicy Lucy burgers and apple slaw hot dogs — at year-round events in the area, from Vikings training camp and home games to downtown Minneapolis food festivals. All of those proceeds will then be used to provide free, biweekly meals where youth food insecurity is prevalent — at local schools, summer programs and enrichment centers.

“Approximately 250,000 children in Minnesota are missing meals during the summer months,” Vikings owner Mark Wilf said through a team release. “This initiative provides an opportunity for our foundation to work alongside other nonprofit organizations in the fight against youth food insecurity and use the Vikings platform in an effort to remove existing barriers facing traditional nonprofit work.”

Backed by a five-year, $1.275 million contribution commitment from Xcel Energy, Vikings Table will be maintained and operated by Tony and Haley Fritz, owners of the O’Cheeze and Dough Dough food trucks and shops in the Twin Cities area. It’s also already gotten support from Vikings players, with running back Dalvin Cook among those who helped serve some of the truck’s first free meals this week.