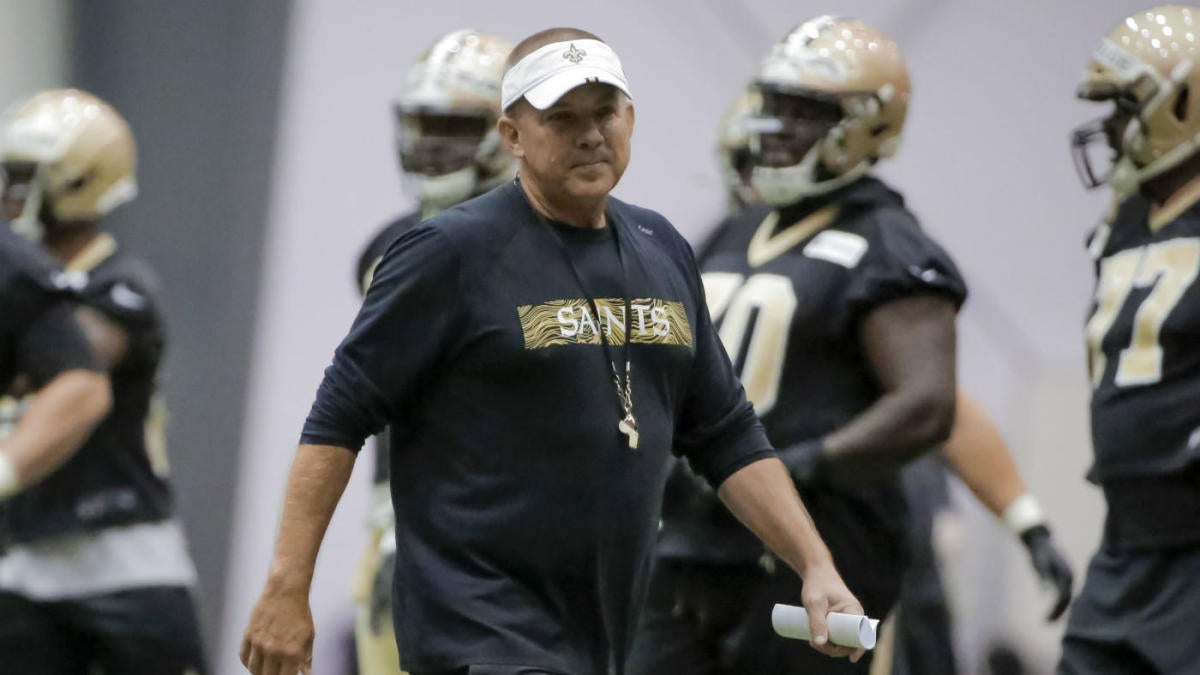 METAIRIE, La. — On the final day of mandatory minicamp, which means breaking for the summer and five weeks of rest and relaxation, the New Orleans Saints locker room was buzzing early Thursday afternoon.

In one area, players played Nintendo video games — yes, the old school games are back — and in other spots players were saying their goodbyes for a month or so, the next time they convene coming for training camp in late July.

If there was any sort of sign of lingering hurt from losing the NFC Championship Game to the Los Angeles Rams at home last January, doing so in large part to a blown non-call on what should have been a pass-interference penalty, it certainly wasn’t evident on this day.

That could be because the Saints say there isn’t any carryover from that heartbreak. They would know. They lived it all last season.

Heartbreak is nothing new to this group. Remember in the 2017 playoffs, in January 2018, they suffered another dagger-to-the-heart loss when the Minnesota Vikings beat them in the divisional round of the playoffs on the game’s last play when a botched play by safety Marcus Williams turned into the winning touchdown for the Vikings on a long pass play.

Two years in a row? How can they possibly handle that?

“It was tougher to handle this time last year,” Saints defensive end Cam Jordan said. “One freak play took us out of contention. We have the right core group to handle the situation better now. Now we know what to do because we did it last year. It’s about building on top. It’s not going to be a problem for us.”

That might be hard to believe, and I certainly had my doubts heading here, but after spending time watching them practice and handling thing in the locker room, I think it to be true.

Listening to coach Sean Payton, I firmly believe it to be true. He’s ready for round two of getting past the heartbreak.

“I don’t think you ever really get over something like that,” Payton said after practice. “In other words, when you are 78 years old, it will piss you off. You have the No. 1 seed at home and you’re a minute and forty seconds from playing in the next game, so I don’t know if you get over it. But I do know you get on with it. What I mean by that, you can’t control that game now. We haven’t one time brought up last season. I know I have the makeup here to get past it. I saw it the year before. You get on to the next one. We just saw ourselves do that last year. We know what to do.”

The Saints do feel like they were robbed of their chance to get to the Super Bowl. The situation was simply a missed penalty that would have given the Saints the ball at the Rams’ 13 with the score tied at 20 and three plays to run out the clock and kick a game-winning field goal. Instead, the Saints settled for a field goal, the Rams got one late, and then the Rams won it in overtime.

That led to a rules change on how interference and non-calls for interference will be officiated. Payton led the charge on that one, ultimately spearheading the owners to change it at the NFL meetings in March.

Back then, he seemed much angrier over the non-call than he did here Thursday. It seems time has helped heal the wounds.

Last year, former NBA star Isaiah Thomas spoke to the Saints about getting past adversity. He mentioned the playoff loss where Larry Bird stole the inbounds pass to beat Thomas and the Pistons. The Pistons would go on to win two titles after that.

“He said some teams might not be able to recover from that,” Payton said. “He talked of how they used that play to spring them to championships. If you have enough grit and enough fortitude, it’s going to serve you the rest of your life because you have to get over other things that are obstacles in your life. I really don’t think about that loss (to the Rams). The two weeks after are miserable.  Other than an occasional conversation like this, it doesn’t really cross my mind. This team has the right makeup to handle it.”

Jordan, who just signed a new contract last week and is one of the leaders of the team, agreed.

“They know how to take a deep breath when they get punched in the mouth and get to the next play or game,” he said. “It’s all about getting back to that winning mentality. Now we know what to do to get there.”

The Saints are loaded again. They still have Payton calling plays — and he’s the best in football at it — and Drew Brees is still the star passer at the age of 40. They have a top receiver in Michael Thomas and a star runner in Alvin Kamara.

The defense is young, but there is talent, led by Jordan, linebacker Demario Davis and corner Marshon Lattimore. They do need second-year pass rusher Marcus Davenport to take big strides opposite Jordan, and they will miss Sheldon Rankins for some time as he recovers from a torn Achilles tendon.

Jordan wouldn’t say if this team is better than a year ago. He’s too smart to fall into that trap.

“It’s all paper right now,” he said. “I’ve been on teams that looked phenomenal on paper and ended up 7-9. So I really can’t say how good we will be. If we find a way to get better, and we go one step further than we went last year, we will be exactly where we want to be.”

They certainly won’t be wallowing in self-pity. The Saints have clearly moved on from that soul-crushing loss to the Rams.

Payton, an expert in motivational gimmicks, once had a ceremonial burial on the team’s practice field of stuff from the previous season to help put it all behind. There will be none of that this year.

Maybe so, but this Saints train is moving forward with a hopeful final destination of Miami for the Super Bowl.