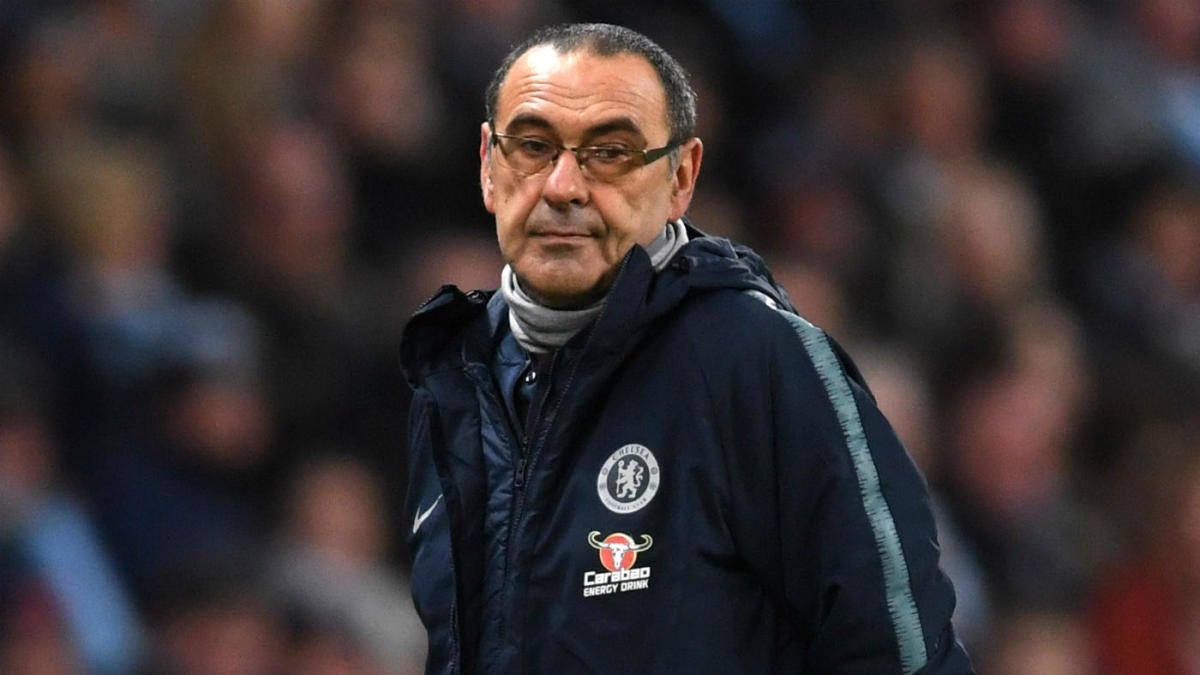 Chelsea has agreed to a deal in principle to send their embattled manager Maurizio Sarri to Juventus, winners of the last eight Serie A titles, according to BBC. An announcement on Sarri, who coached Napoli before joining Chelsea last season, is expected to be made over the weekend, per the report. Juventus is also reportedly expected to pay the Blues over $5 million in compensation in order to snatch up their manager who was under contract.

Sarri would replaces Massimiliano Allegri who stepped down at the end of the season after years of trying to win the Champions League but falling just short. Here’s what the move means for Juve, Chelsea and Sarri:

What Sarri will bring to Juventus

This is a change that makes plenty of sense for Juventus. They’re getting a bright soccer mind in Sarri who’s familiar with the aspects of the league. He surely turned heads when he lifted Napoli to new heights and pushing Juventus to the limit in Serie A races, especially in 2017-18 when Napoli finished with 91 points, just four less than the champs. Although he has a good eye for talent, his system is certainly one that takes quite a while to get used to. He is all about maintaining possession and demanding plenty out of his central midfielders, with lots of quick, short passes on the ground and off-the-ball movement. He will certainly look to improve the quality of ball-possessing midfielders currently on the roster, but expectations will be high early. Don’t be surprised if he tries to target guys he’s previously worked with, such as N’Golo Kante of Chelsea and Napoli defender Kalidou Koulibaly. And that’s all without mentioning the enticing chance to coach a superstar in Cristiano Ronaldo.

Does Chelsea go after Lampard?

Ideally, they would’ve love to have kept him and build on the foundation, but Eden Hazard’s departure to Real Madrid and the current transfer ban never made things easy. Chelsea finds itself in a position where it needs to find a new coach on the dime, because there’s plenty of work to do. With Christian Pulisic already in the fold, the Blues have logically been linked with former player Frank Lampard. The legendary midfielder nearly got Derby County promoted to the Premier League in his first season. The Guardian reports that the Blues are set to make a move for him, and finding someone who is loyal to the club is the perfect choice. That’s not to say Sarri wasn’t loyal, but with the transfer ban and all, the Blues can feel confident Lampard will be there for the long haul. On the positive side, Chelsea always has a ton of players out on loan around the world, which is probably the best way it can boost the squad during the ban. Seriously, there were 39 players on loan last season. Not all will be coming back, like Alvaro Morata who still has a year left on his 18-month loan deal at Atletico Madrid, but there are some guys they can really rely on. Two to watch are Belgian winger Charly Musonda (Vitesse) and French midfield Tiemoue Bakayoko (AC Milan).