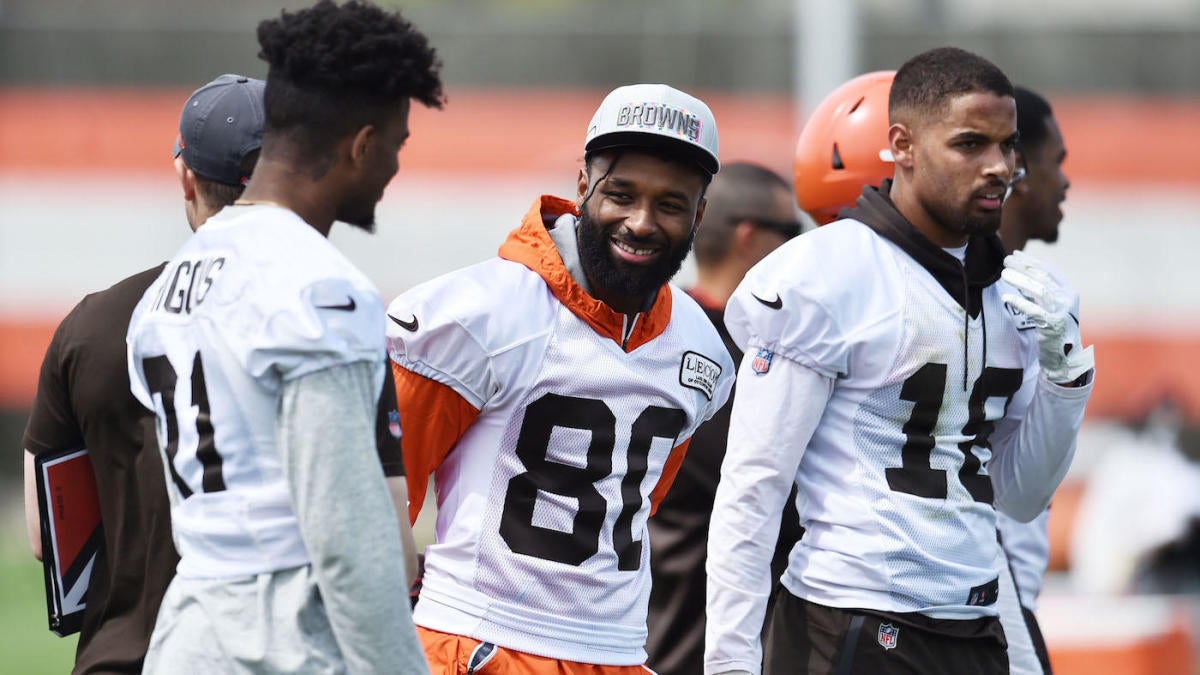 Earlier this offseason, Johnson requested a trade to escape the Browns’ crowded backfield. Last week, Mayfield responded harshly, telling reporters that “you’re either on this train or you’re not” and that the situation was “self-inflicted.” According to NFL.com’s Michael Silver, multiple teammates confronted Mayfield about his comments and voiced their “displeasure.”

Despite all the recent drama, Browns receiver Jarvis Landry pushed back against the idea that the situation has caused a schism within the team. On Friday, he called it a “non-issue” that’s been blown out of proportion.

“I don’t think it will be difficult at all,” Landry said. “Again, I say to you, it’s a non-issue. Again, it’s not one that we’re feeling any particular way about. It’s something that is blown up from your guys’ end more than it really is — no offense, I didn’t mean it like that.”

Of course, Landry was also the one who initially expressed support for Johnson when he was asked about his teammate’s trade demand.

Landry’s probably right. While all of this is newsworthy, it probably won’t impact the outcome of the Browns’ season. As NFL.com noted in its report, the players “hashed out their differences.”

It’s going to take more than a couple of critical remarks for the team to lose faith in Mayfield, an insanely talented, second-year, 24-year-old quarterback. He’s going to make mistakes, both as a football player and a leader. He and the team will probably be able to move past those kinds of mistakes.

What might be more concerning is the second aspect of NFL.com’s report.

Freddie Kitchens did a fantastic job as the Browns’ offensive coordinator last season, which made him a smart hire as the team’s coach, but he’s also a relatively inexperienced coach juggling head coaching duties for the first time with a larger-than-expected role in installing the offense. That could matter.

We’ve said all along that the Browns are talented enough to go all the way to the Super Bowl. The key is how they manage expectations, how Mayfield progresses in Year 2, and how Kitchens handles head coaching responsibilities for the first time in his career.

It’s only June. Now’s not the time to panic about anything. But all of this is worth monitoring as the season approaches.