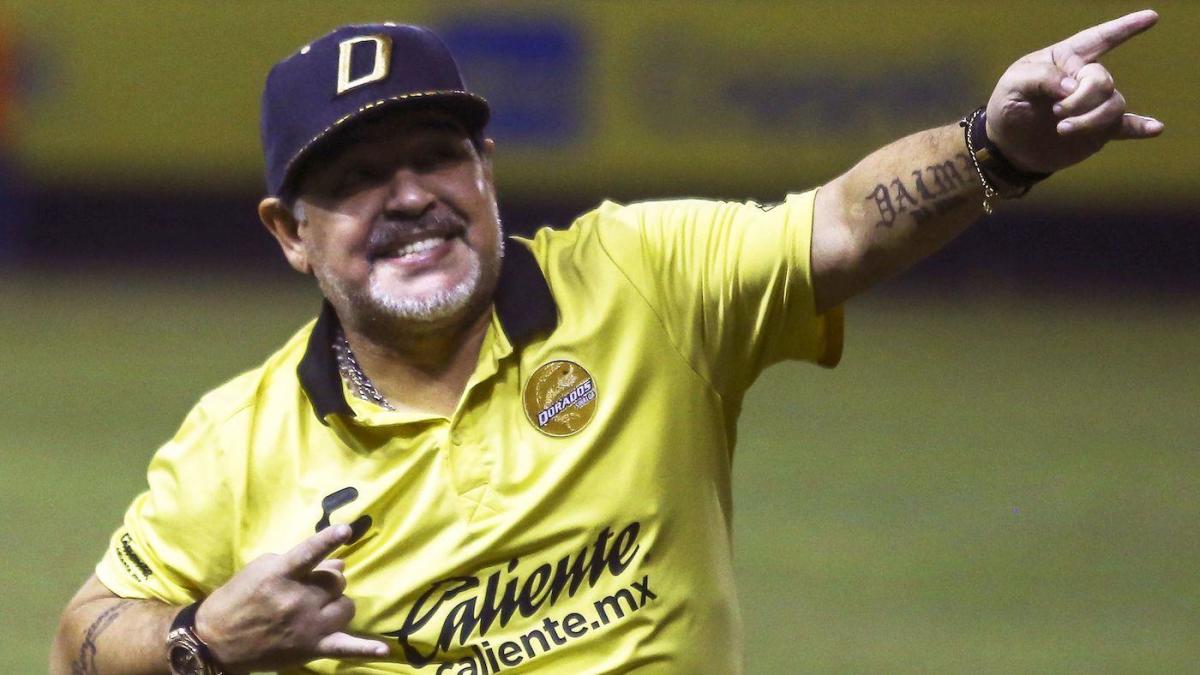 Soccer legend Diego Maradona has stepped down as coach of Mexican club Dorados, the club announced on Thursday. Maradona’s lawyer, Matias Morla, said on Twitter that the reason he is stepping down is due to health issues, and he’ll now dedicate his time to his health with two upcoming operations (shoulder and knee procedures). The 58-year-old Argentine has dealt with numerous health issues in recent years.

Considered one of the greatest players in the history sport, Maradona led Argentina to the 1986 World Cup title in Mexico and had a long and successful club career with six different teams, including Barcelona, Boca Juniors and Napoli. He started his career at Argentinos Juniors and coached Lionel Messi-led Argentina squad at the 2010 World Cup in South Africa. He joined Dorados in 2018 and went 9-2-4, nearly earning them promotion to the Mexican first division.

It remains to be seen if Maradona will ever coach again, but after leading Argentina, he’s had some interesting moves. He had two different coaching stints in the United Arab Emirates, and he was also the chairman of a club in Belarus. Maradona won nine major titles as a player and zero as a manager.