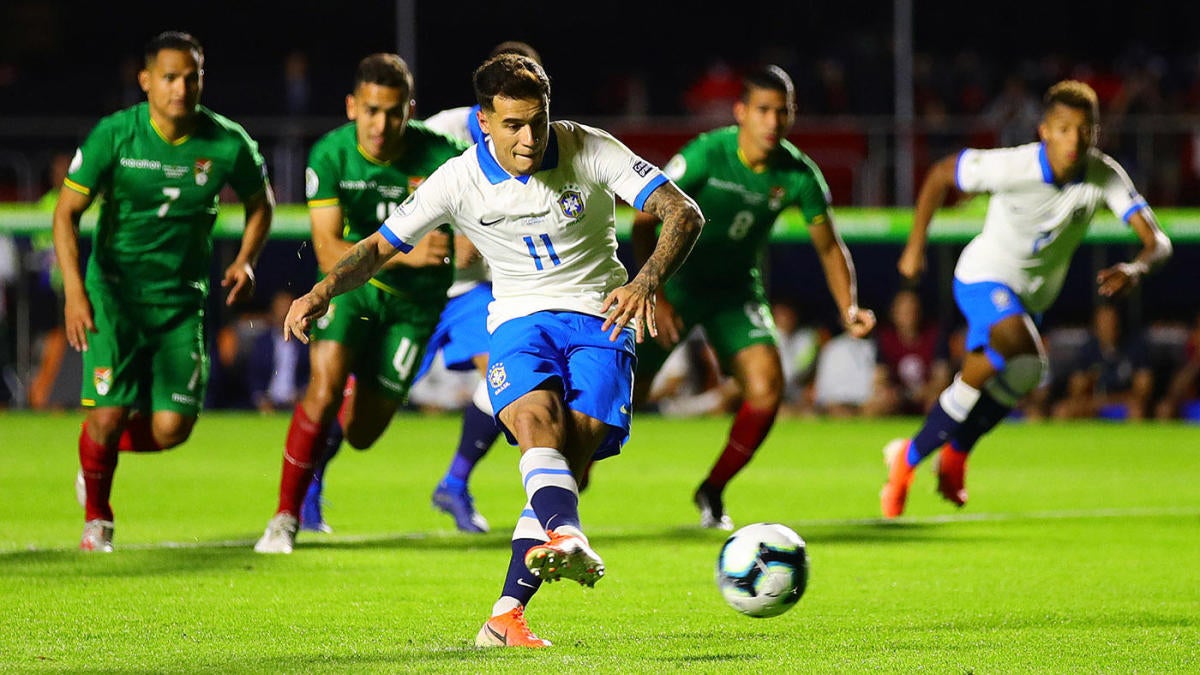 Two goals from Philippe Countinho lifted Brazil to victory in the Copa America opener on Friday night as the hosts downed Bolivia, 3-0, with all three goals coming after the break. A slow first half saw Brazil knock on the door for most of it, but the fans had to wait for the second half to see the ball enter the net. With Neymar out of the cup due to injury, Coutinho is now the creator in attack, and he didn’t disappoint, though the team was booed at half time.

After the video assistant referee confirmed a penalty kick early in the first half, Coutinho scored his first goal in the 50th minute, finishing with precision from the spot:

Then just three minutes later, a quality run of play for Brazil was capped by a Coutinho header to make it 2-0 and all but put it away:

The victory gives Brazil three points in Group A and a bit of momentum to start the cup, in which they are the favorites to win it. On Saturday, action continues with Day 2 as Venezuela plays Peru at 3 p.m. ET before the big one between Argentina and Colombia at 6 p.m. ET. Both games can be viewed on fuboTV (Try for free).