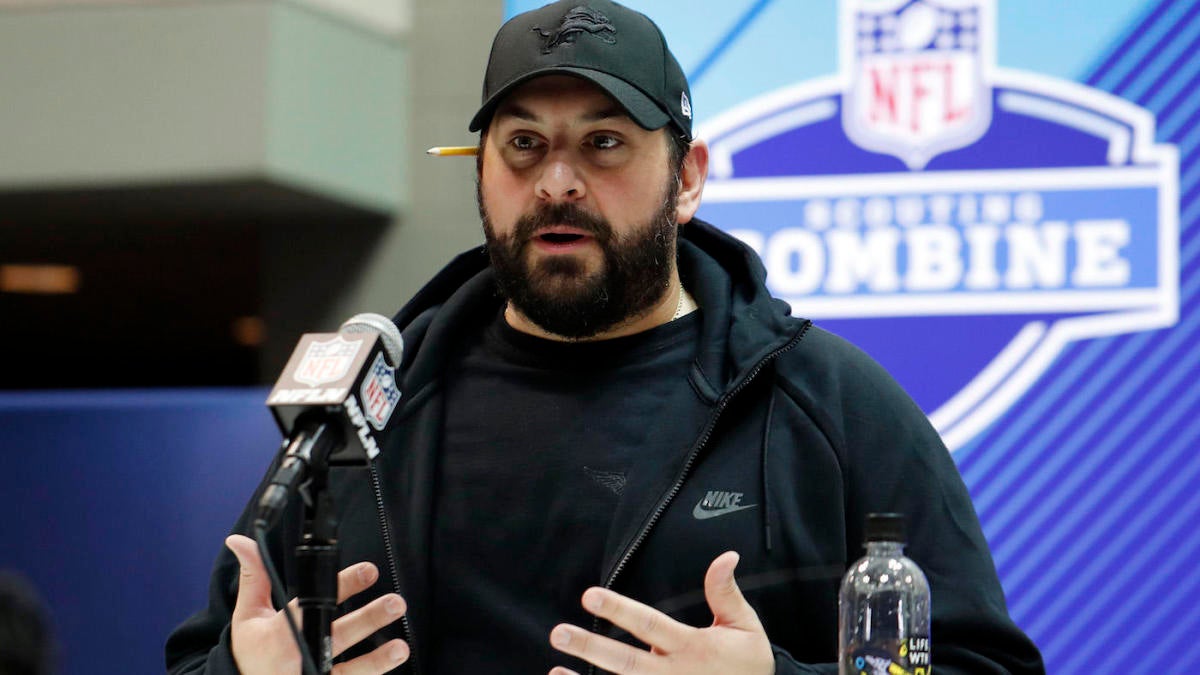 Can building an NFL offense around the run game — and staying dedicated to it — work well against smaller defensive fronts recently constructed to defend the pass?

The Detroit Lions want to find out.

Detroit has made its offensive priority abundantly clear this offseason, and they hired long-time Vikings and Seahawks offensive coordinator Darrell Bevell to steer the run-oriented ship in 2019.

Let’s examine whether or not this counter idea could actually be successful in Detroit this season.

Lions head coach Matt Patricia spent nearly two decades watching Tom Brady dice secondaries through the air, but even the casual football fan knows how rare Brady is as a quarterback. Can’t bank on Brady-type production in the passing game without Brady.

Patricia was also around for New England’s quietly awesome run game, an easy-to-overlook team strength the Patriots have been able to lean on, especially in the past 5-10 years and occasionally in the playoffs.

And Bevell, who was out of football in 2018, is the ideal coordinator to deploy an effective run-heavy offense. Let’s compare the ground-attack efficiency of the Seahawks under Bevell, the Patriots when Patricia was there, and the Lions, starting in 2011, Bevell’s first season as Seattle’s offensive coordinator, using Football Outsiders’ Run Offense DVOA Rank:

At the Seahawks’ peak, while not discussed nearly as much as the Legion of Boom, Seattle’s Beast Mode-led run game had quite an impressive stretch of its own from 2012 to 2015 as the team when 48-12 in the regular season, advanced to a pair of Super Bowls and won a title.

During that sparkling, four-year reign as an elite rushing unit, Seattle’s offensive line received a grand total of three Pro Bowl nods (Max Unger, 2012 and 2013, and Russell Okung, 2012) and one All-Pro distinction (Unger, 2012). So it’s not as if Marshawn Lynch and Co. ran behind a blocking unit loaded with tremendous talents.

As for the Patriots, well, I told you. Sure, the threat of Brady throwing the football likely helped New England’s run game, but Patricia saw an assortment of early picks, mid-round selections, and UDFA blockers come in and out of Foxboro over that span. Didn’t matter though. The Patriots always ran it well.

As for the Lions. Woof. Matthew Stafford pieced together a run of seven-consecutive 4,200-plus yard passing seasons from 2011 to 2017, which included a 5,000-yard, 40-plus touchdown campaign in 2011, but altogether, Detroit could not run the football. Over that span, the Lions went 57-55, made the playoffs three times but never won in the postseason.

You’re starting to see how this run-happy idea could’ve been sparked in the minds of Patricia and Bevell, right?

In simplest terms, running is not as efficient as passing; that is, unless your team has a horrendously inefficient quarterback and an outstanding running game. But in general, when it comes to gaining yards, passing gets the job done more efficiently, and that’s not up for argument.

Those are all important reminders before I go any further.

At a macro level, the Lions’ idea is foolish.

Then again, being a run-heavy doesn’t necessarily — nor is likely to — mean Detroit wants to or will pass more than it throws. Nor does it mean Patricia wants an offense than averages more yards per carry than Stafford’s net yards per pass attempt.

It’s just an offensive mindset, an identity, the core element of the 2019 Lions that Patricia probably wants to be able to rely on in any situation, in any stadium, at any time, in any weather, against any defense.

Even with a run-minded head coach and a coordinator with a rather impressive run-game resume, does Detroit have the horsepower (pun intended) to actually field the stellar rushing attack that’s eluded the team for a while?

Stafford’s NYPA was 5.91 last season. As a team, the Lions averaged 4.1 yards per rush, so they have a ways to go in terms of boosting their run-game efficiency.

Up front, the offensive line is set to feature four of the same five starters from the beginning of the 2018 campaign, so there will be continuity. Last year’s first-round pick Frank Ragnow moving to center, his collegiate position in which he was a human steamroller at Arkansas, will help the blocking efforts. Graham Glasgow emerged as a top-end road-grader last season on the interior. Both tackles, Taylor Decker and Ricky Wagner, are more known for their pass blocking, but certainly play with noticeable mean streaks and can consistently move people on running plays.

It seems like a middle-of-the-pack group that, when it perfect rhythm, and with Bevell’s guidance, could play as a top-third unit.

Kerryon Johnson is the bell cow. And a very talented one at that. Before getting drafted by the Lions in the second round of the 2018 Draft, I compared him to Carlos Hyde and wrote the following summary about his game:

The balance Johnson displayed during his brief time in the SEC was extremely impressive, and Hyde can stay on his feet while absorbing hits unlike the vast majority of the bigger backs in the NFL. Neither is a home-run hitter. Both get stronger as the game progresses as their strong-willed running style seems to wear down opposing defenses.

Johnson ran for nearly 1,400 yards at a 4.9 yards-per-carry clip in the SEC as a 20 year old in 2017 at Auburn and was averaging a hefty 5.4 yards per rush on 118 attempts last season for the Lions before a knee sprain ended his rookie year after 10 games.

He has the talent to be a legit star in the backfield, and the Lions clearly want to give him the football often. Probably a good value pick in fantasy drafts this summer, he just needs to prove he can stay healthy.

After Johnson, Detroit is surprisingly thin at running back position in terms of established contributors. Zach Zenner’s long been a fan favorite and after averaging under 4.0 yards per carry in each of his first three seasons in Motown, his average jumped to 4.8 in 2018. In May, I listed Ty Johnson, the Lions’ 2019 sixth-round selection, as a Day 3 pick who can be an instant impact player mostly due to his ridiculous acceleration and blistering long speed. He averaged 7.6 yards per carry on 348 career rushes at Maryland.

The largest splash the Lions made on offense in free agency was the acquisition of former Steelers tight end Jesse James, a reliable short-to-intermediate level receiver, who, at 6-7 and 260-ish pounds, can hold his own in-line as a blocker.

That signing didn’t stop Detroit from picking tight end T.J. Hockenson at No. 8 overall in the draft, someone I called a “destroyer of worlds” pre-draft because of his blocking prowess. He’s a gifted receiver thanks to a large catch radius and the ability to separate.

Dave Birkett of The Detroit Free Press noted some three tight end looks at minicamp, and even under the safe assumption that two tight end sets will be more frequent, the Lions have significantly more top-end talent at the position than they did in 2018.

Per Sports Info Solutions, the Lions carried the football 119 times for 359 yards (3.01 yards per) when in a two tight end set last season, the sixth-lowest average in the NFL.

Now, with Hockenson and James in the fold, the run-game efficiency from two tight end looks should improve. Given the receiving steadiness of James and the explosive skills of Hockenson, that formation has the makings of a versatile personnel grouping that keeps defenses guessing all season.

In theory, the Lions should focus on sharpening the passing game — Stafford’s 6.8 yards-per-attempt average in 2018 was his lowest since 2018.

However, with a solid offensive line, a young, skilled runner, two capable blockers at the tight end position, and Bevell as the offensive coordinator, this year’s iteration of the Lions has the makeup to run the football more effectively than they have in a long time.