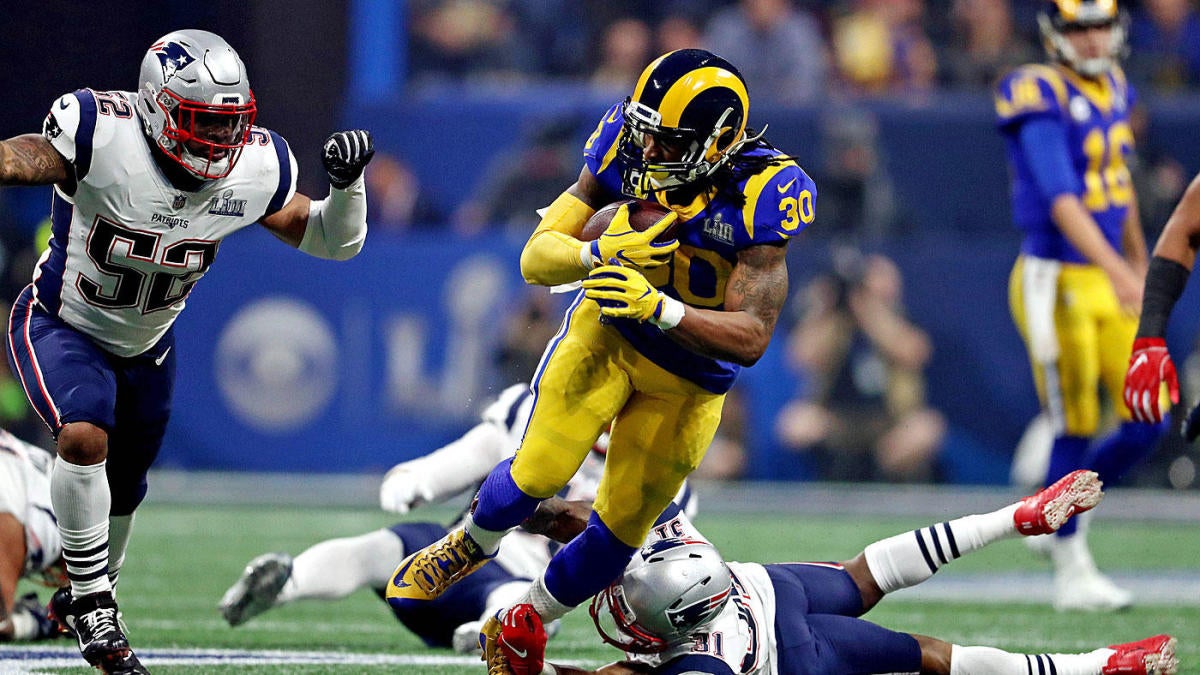 Eleven months ago, Todd Gurley signed a four-year, $57.5 million extension that made him the NFL‘s highest-paid running back — and rightly so. He rushed for 1,305 yards, added another 788 receiving yards and totaled 19 touchdowns in the 2017 season.

Gurley had a strong 2018 campaign, too, with 1,251 rushing yards, 581 receiving and 21 touchdowns. But a knee injury limited him during the postseason when he had just four carries in the conference championship game and 10 carries two weeks later in the Super Bowl. In both games, Gurley combined for 45 yards and one touchdown.

At the combine in March, CBSSports.com’s John Breech reported that there was so much concern over the knee that a stem cell procedure was being considered. That was in addition to a report that Gurley is dealing with arthritis.

Concern about Gurley’s health for the upcoming season would be understandable — except that Gurley doesn’t sound worried at all.

“I had bigger problems to worry about coming out of college,” he told reporters Tuesday at the start of Rams mandatory minicamp, via NFL.com. “This is small.”

Gurley continued: “I’ve be hearing stuff all my life. Just whatever growing up. Hearing comments or whatever that is. All of the stuff don’t really get to me. I feel like I do a great job, got a great supporting cast. … It’s football. It’s the game I’ve been playing my whole life, so it’s nothing new to me. I know what I’m capable of. I know what type of person I am. No big deal to me.”

And perhaps it’s not but the Rams did select Memphis running back Darrell Henderson in the third round, typically something a team with other needs (and no first-round pick) wouldn’t do with a depth chart that includes the league’s best back and a solid backup (in Malcolm Brown) behind him.

“I feel real good,” McVay told reporters. “Talking to Todd, he looks really good, and feels really good. I think the plan that we set out a few months back has been followed exactly the way that we wanted it to get done and now it’s about six more weeks till we really report back to camp.

“The intention is to get him back, ready to go. This was the intention, this was part of the long term plan to get him for the opener against the Panthers, but when we start camp that represents when he can get on the field and do some things and start to compete with his teammates.

“I don’t know if you’d wanna use the term recovery but he has a very good training program that he’s taken part in with Travelle Gaines and he’s done some things over here that we thought would be good from a maintenance standpoint. That was what all parties felt like was the best thing, and most importantly what Todd thought was best. Todd’s earned the right for us to listen to him, and take everything into consideration.”

Last week NFL.com’s Ian Rapoport reported that Gurley’s days as a “every-down bell cow are probably over just based on his knee, his age, the position, the amount of carries he’s had.”