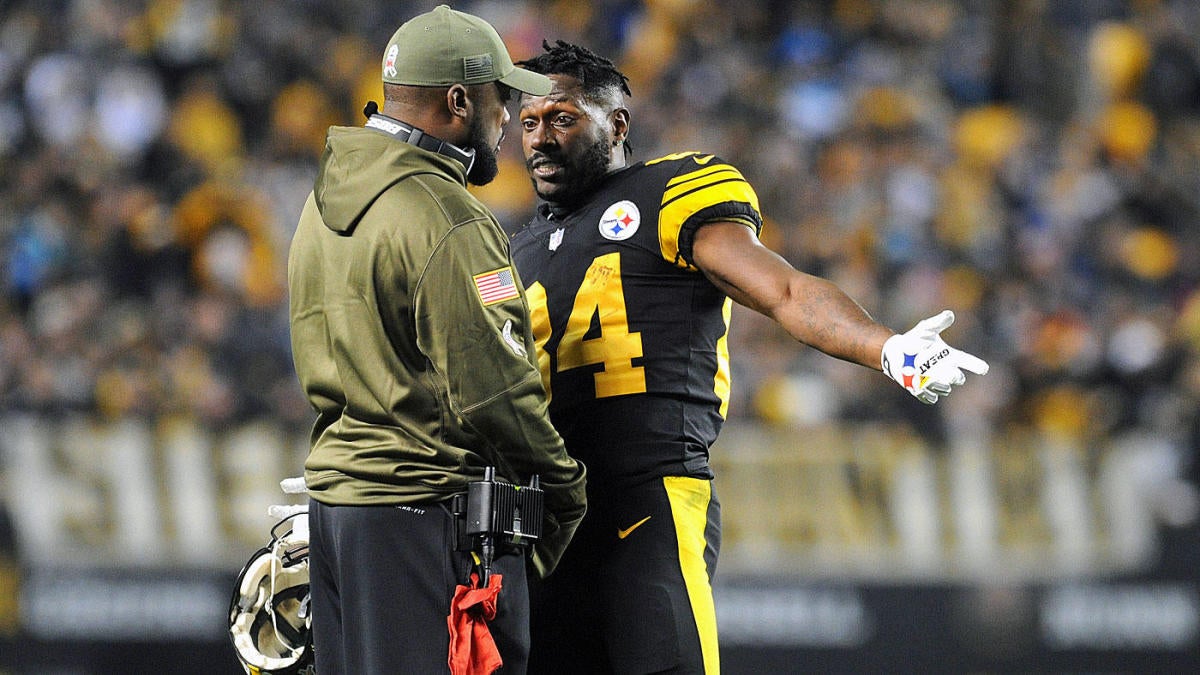 The Steelers were one of the league’s most explosive offenses a season ago. The unit ranked sixth in the league in efficiency, according to Football Outsiders’ metrics. Ben Roethlisberger was a top-five quarterback in part because he was throwing passes to Antonio Brown.

But Brown, who was unhappy in Pittsburgh and didn’t hide that fact, has since been traded to Oakland. Also gone: Two-time All Pro running back Le’Veon Bell, who sat out the entire 2018 season because of a contract dispute and signed with the Jets this spring. And just like that, two of the most dynamic playmakers in the NFL were off the Steelers’ roster. And perhaps more importantly, they were out of the Steelers’ locker room.

Unlike previous years, Pittsburgh appears drama-free, though it’s also June and perceptions could change once the season gets underway. For now, however, it’s all unicorns and rainbows.

“I think things have changed pretty well around here,” right guard David DeCastro said, via ESPN.com’s Jeremy Fowler. “Just coming back and seeing it, talking to people. I’m excited, I really am, just to play football. …. [E]veryone’s on the same page, team-oriented. That’s the biggest step.”

Wide receiver JuJu Smith-Schuster, who is now the No. 1 receiver, concurs.

“The chemistry is on point,” he said last week, via The Athletic‘s Mark Kaboly. “Everyone is on the same page. Everyone is communicating. There’s really no — how do you say? — drama in our locker room.”

Defensive end and team leader Cam Heyward pointed out what should be obvious: The warts only become an issue when the team isn’t winning. The Steelers were 7-2-1 before losing four of five and finishing 9-6-1 and out of the playoffs.

“A lot of things got misconstrued and a lot of things got blown out of proportion, but that only happens when you lose,” Heyward said, via Kaboly. “… Our job is to cultivate the culture and make sure we keep guys on a straight and narrow path. We’re talking about the few, not the many (who created drama last year). We have a great group of guys that are hard-nosed and just trying to get better.”

Meanwhile, Roethlisberger is enjoying the Steelers-as-underdogs, an unfamiliar place for a team that hasn’t had a losing season since Big Ben arrived in 2004.

“I’ve been here a long time. We’re still the Pittsburgh Steelers,” he said Tuesday. “We’re still going to go out and try to win every football game. It’s been a long time since we’ve been to the big one. But, if everyone puts forth the effort we all think we can, with the talent we have in this room, we feel pretty confident we can be pretty good. …

“It’s going to be fun if we can produce the way we think we can,” Roethlisberger continued. “Ultimately what we’re trying to do is win a championship. In order to do that, we’re all going to have to be at our best.”