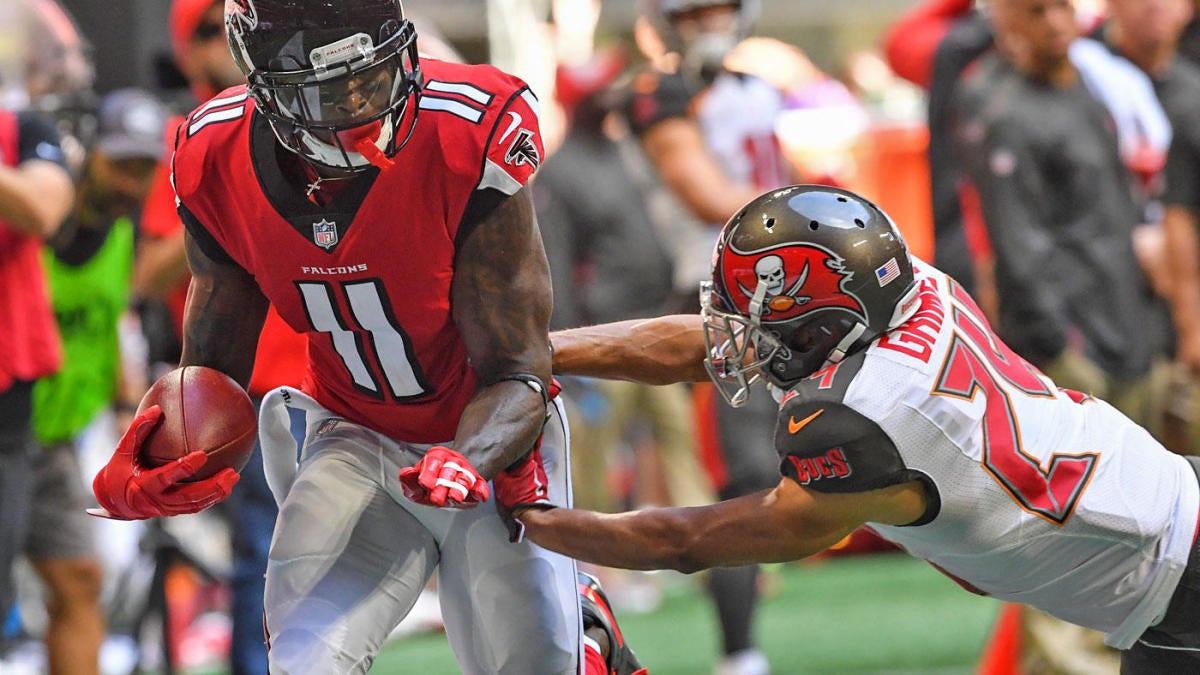 Julio Jones averages $14.2 million a season, which currently ranks 12th among all NFL wide receivers, just ahead of Allen Robinson. But that will change and Jones, one of the league’s best players, will be compensated as such. The only question is when. As it stands, he’s not worried about it.

“Nah, man, as far as the contract thing, (owner) Mr. (Arthur) Blank has spoken,” Jones said Tuesday, via the Atlanta Journal Constitution‘s D. Orlando Ledbetter. “At the end of the day, his word is gold. He said they are going to get something done between them and my agency. As far as me, I just hold up my end and stay ready.”

In March, Falcons owner Arthur Blank spoke about both Jones and defensive tackle Grady Jarrett, who was franchised earlier this offseason.

“They are both great players, both Grady and Julio,” Blank said at the time, via Ledbetter. “They both will be Falcons for life. I feel pretty good, comfortable and confident in saying that.”

Even if that means a substantial pay bump for Jones who, on average, makes $3.75 million less per season than Odell Beckham, currently the league’s highest-paid pass catcher.

“With Julio, we’ve been in touch with both Julio and his agent,” Blank said. “We are working on that. …

“These deals, the size of these deals today are becoming big. They’ve always been big, but are becoming bigger, now and you have to work them into a pattern that makes sense in terms of other players that you have coming up. So, there is a salary cap. It’s a hard salary cap. We don’t get the chance to spend whatever we want on these players. We have to balance not only what we need for today, but what are our needs for the next couple of years as well.”

Meanwhile, Jones has reported for mandatory workouts though he isn’t taking part in every drill.

Just maintenance,” he explained. “I just take it easy. I’m not out here to rush things. A lot of times guys get hurt coming back. You get MCL, ACL and Achilles, things like that. Especially when you come out here and you’re an explosive guy. I just want to take my time coming back into it. You just have to gradually get back into it.”

Entering his ninth season, Jones doesn’t feel he’ll be behind because he missed the voluntary sessions earlier this spring or isn’t a full participant in minicamp this week.

While the Falcons and his representatives worry about his contract, Jones is focused on training camp and the 2019 season.