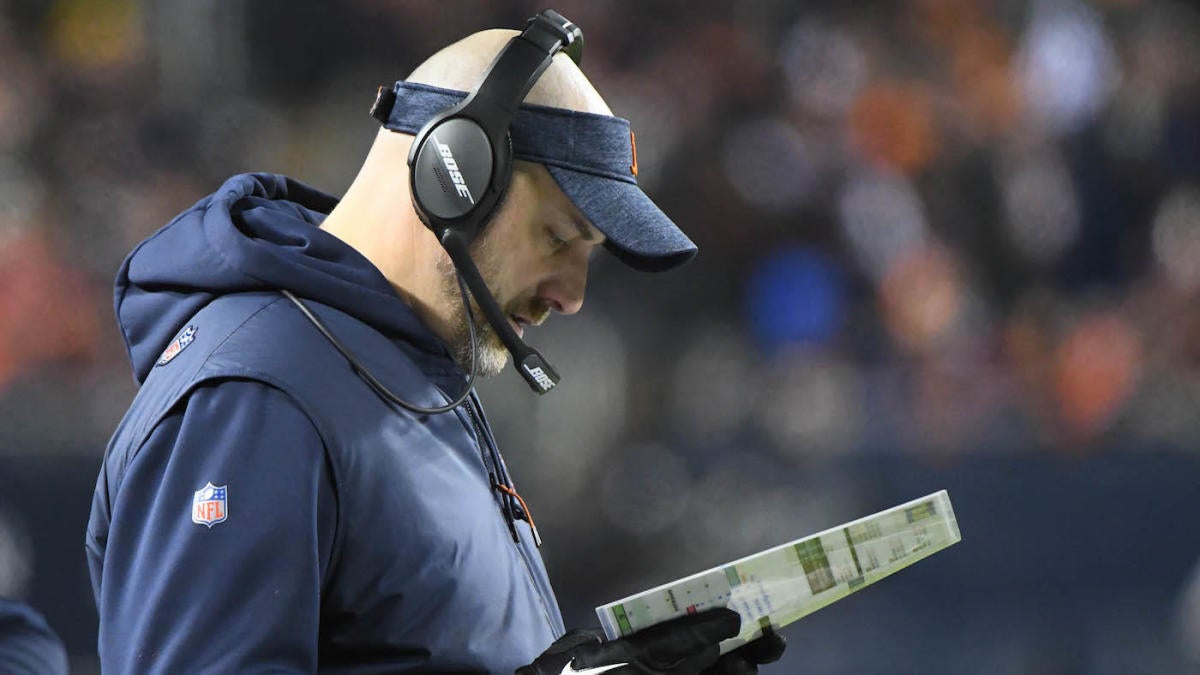 The last time we checked in on the Bears‘ kicking situation, they had just traded for a Raiders kicker named Eddy Pineiro, adding him to a kicking competition that also included Chris Blewitt and Elliott Fry. A month later, the competition has been trimmed from three bad kickers to two bad kickers after all three of the bad kickers failed during a slightly modified version of the Cody Parkey field goal challenge.

On Tuesday, Bears coach Matt Nagy gave all three of his kickers a chance to make a field goal from 42 yards — one yard closer than the distance of Parkey’s miss in the playoffs that ended their season prematurely. Similar to how six of the Bears’ eight kickers at rookie minicamp failed to make their kicks from 43 yards away, all three of the Bears’ kickers missed 42-yard field goals in front of the entire team and roughly 25 Bears alumni who were watching minicamp, according to ESPN.

“Um, whatever went through your mind went through my mind,” Nagy said, per ESPN. “Yeah, no, I mean, that’s about as real as it gets. They were 0-for-3 out there. For today, we can’t have that. We are going to figure this thing out but 0-for-3 today, no good.”

One day later, the Bears decided to cut one of their three kickers. Blewitt is out.

That leaves Fry and Pineiro as their only two kickers. Neither of them have attempted a kick in an NFL regular season game.

That seems problematic for a team that just saw its Super Bowl dreams crushed by a kicker who couldn’t make what should’ve been a game-winning 43-yard field goal. As NFL Research noted on Wednesday, the Bears have been the worst team at making clutch field goals since 2014.

The move backfired. Since leaving Chicago, Gould has made 96.5 percent of his field goals with the Giants and 49ers. In that span, the Bears’ kickers have combined to make 76 percent of their field goals.

The 49ers used the franchise tag on Gould this offseason, but Gould has since demanded a trade because he wants to be closer to his family, which resides in Chicago. Given his ties to Chicago (both the city and the team) and the Bears’ clear need at kicker, the Bears have emerged as the most likely trade destination.

It’s just not clear if the Bears are willing to part ways with valuable draft ammunition to acquire a 36-year-old kicker. On the one hand, draft picks matter more than an aging kicker. On the other hand, the Bears are in the middle of their Super Bowl window. An unreliable kicker already cost them one run at the Super Bowl. Are they willing to risk that happening again?

Although Gould did not report to mandatory minicamp this week, the 49ers aren’t behaving like a team that is feeling the pressure to trade him. It sounds like they’ll keep him even if he doesn’t report until the beginning of the season.

“I’d much rather Robbie be here and doing everything,” 49ers coach Kyle Shanahan said, per Pro Football Talk. “I love having him around. But I understand how he feels and what’s going on. If that’s the way he’d like to do it, no problem at all. All of us want it to be perfect the way we want it, but if he doesn’t want to show up until Week 1, it is what it is. I’ll take a very good kicker any time, whether it’s Week 1 or on third down just one play before we have to kick. Robbie’s a hell of a kicker and nothing’s changed on that. I just hope he shows up by the time we play Week 1.”

As for Nagy, he said the Bears will “have the right guy there” when “we get to the very end.” He said they’ll “talk it through” and “figure it out.”

Short of a trade for Gould, the Bears might be completely out of options. At the very least, their kicking competition should provide us with some much-needed entertainment during the long summer like one of Old Nan’s scary stories.