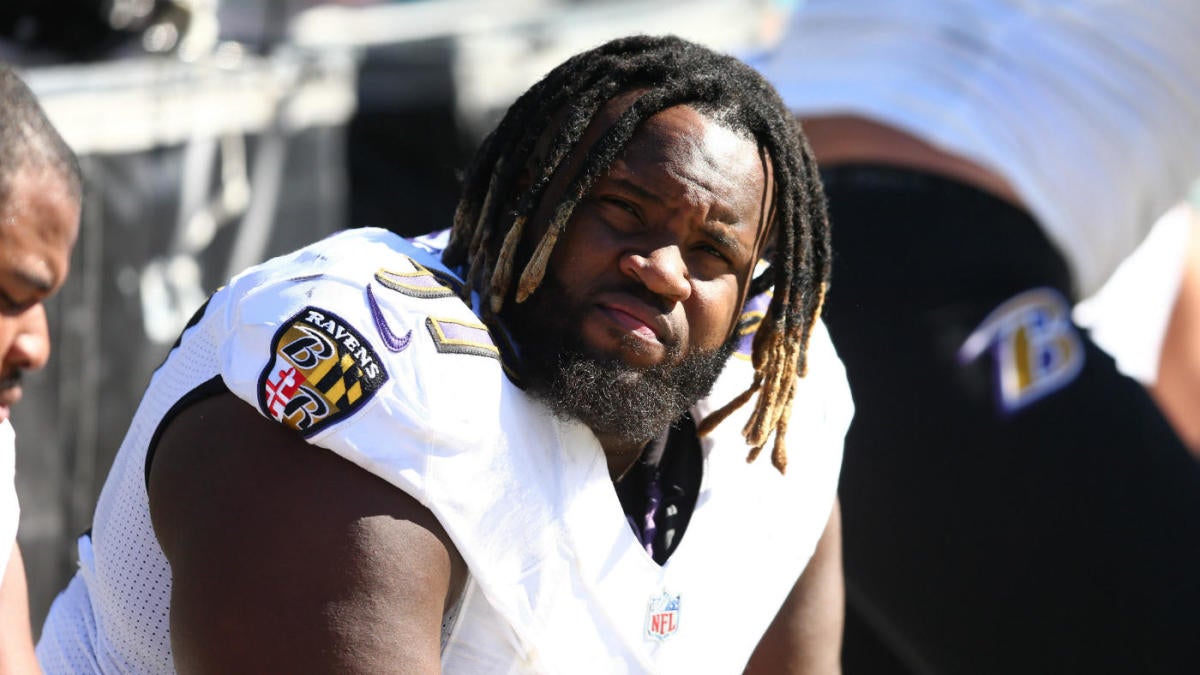 After skipping the voluntary portion of Baltimore’s offseason, defensive tackle Michael Pierce decided to show up for mandatory minicamp on Tuesday, but based on how things went, he probably should have skipped that, too.

Apparently, Pierce forgot to do any conditioning this offseason, because when he showed up for minicamp he was so out of shape that Ravens coach John Harbaugh almost immediately had to boot him from the field. According to ESPN.com, Pierce barely made it through the stretching portion of practice before Harbaugh decided to have a talk with him that ended with the defensive tackle leaving the field.

“He’s not ready to practice from a safety standpoint and for his own health,” Harbaugh said, via ESPN.com. “We recognize that and pulled him off.”

Harbaugh said it was pretty clear to everyone that Pierce wasn’t going to be able to make it through the first day of minicamp.

“He’s not ready for this practice yet,” Harbaugh said. “I think you could probably tell.”

During the 2018 season, Pierce’s playing weight was roughly 340 pounds. On Tuesday, ESPN.com noted that he looked “much heavier” than that. The Baltimore Sun caught a few pictures of Pierce (97) before he left the field.

As you can imagine, Harbaugh wasn’t thrilled to see one of his best defensive players forced to leave practice over a lack of conditioning.

“Oh sure, it’s a problem,” Harbaugh said, via the Baltimore Sun. “We want guys practicing. We want them ready to practice and physically able to practice. It’s very important.”

Pierce being out of shape probably came as a surprise to Harbaugh, and that’s because he was one of the best defensive players on the team last season. According to Pro Football Focus, not only was Pierce rated as the fifth-best interior defensive linemen in the league last season, but he also had the highest overall grade of any defensive player on the Ravens’ roster for the 2019 season.

The fact that Pierce showed up out of shape was also surprising because he’s heading into a pivotal year. Pierce will be a free agent after the 2019 season, and if he has a big year, he’ll almost certainly be getting a monstrous contract when he hits free agency in March 2020.

The 26-year-old has been in Baltimore since 2016, when he basically fell into the Ravens’ lap. Pierce signed as an undrafted free agent and then immediately proceeded to play in all 16 games during his rookie year. Pierce then jumped into the starting rotation and started a total of 13 games in 2017. Last season, Pierce played in 14 games and started in two.

Since it’s unlikely he’ll be in shape by the end of minicamp on Thursday, Pierce will likely start focusing on getting into shape for training camp, which begins in late July. Of course, he won’t really have a choice, and that’s because Harbaugh has said that he’ll have to pass a conditioning test before he’s allowed to practice.