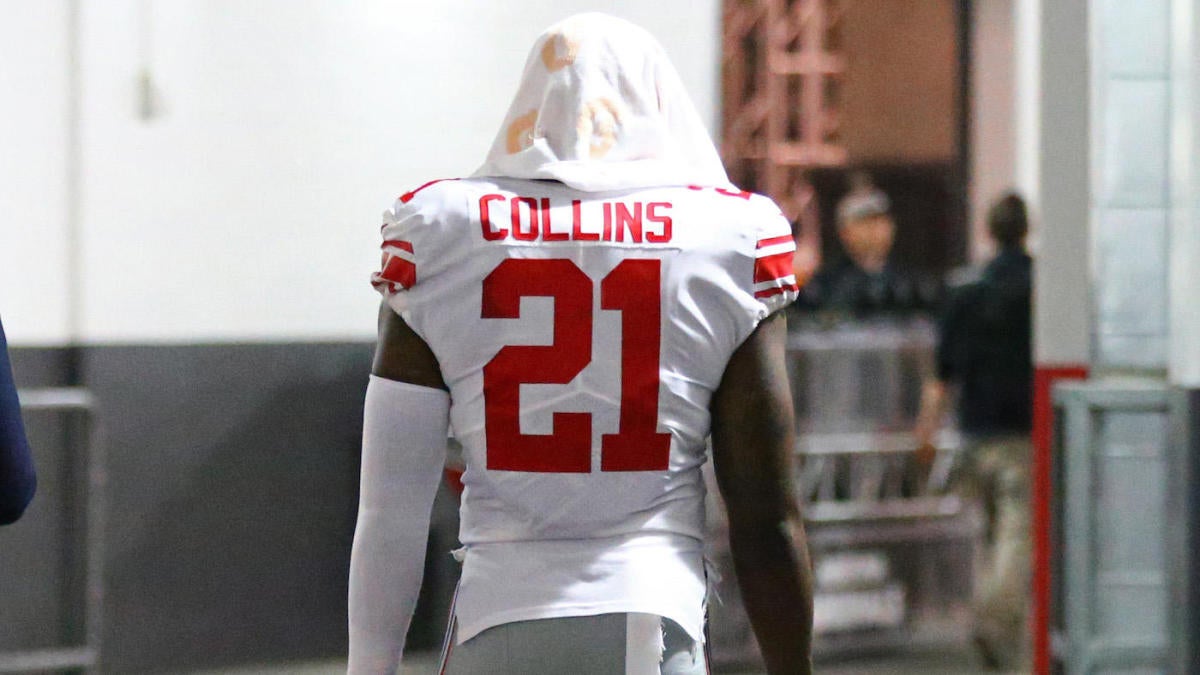 Landon Collins was a 2015 second-round pick who spent his first four NFL seasons with the Giants. But New York had no plans on giving him a new deal so this offseason he signed a six-year contract with the division-rival Redskins. As you might expect, Collins won’t soon forget the slight.

The teams have faced off eight times since ’15 … and have split the series with four wins each. Collins aims to change that in his new home.

“We’ll see this upcoming year,” he said of a rivalry that hasn’t been particularly exciting in recent years, via ESPN.com’s Jordan Raanan. “It’s going to be special.”

“You’ve got guys [the Giants] let go and they didn’t draft a guy that everyone wanted them to draft and stuff like that,” Collins said Saturday from his charity softball game. “It happens. They felt their way was a different way and the best way for them. More power to them.”

The charity event took place in Pomona, New York, and Giants No. 6 pick and future franchise quarterback Daniel Jones showed his support making an appearance. The gesture didn’t go unnoticed by Collins, though it did nothing to change his opinion about his new quarterback in Washington.

“As I’ve said from the get-go, and I appreciate Daniel Jones coming out [to the softball game], but I still think we got the best quarterback in the draft.”

That, of course, would be Dwayne Haskins, whom the Redskins selected 15th overall, nine picks after Jones, though he was generally considered the second-best quarterback in this draft class after Kyler Murray. Like Collins, he’s motivated to prove those who passed on him wrong.

“To be honest, I’m more motivated now than ever,” Haskins told ESPN after he was drafted by Washington. “There is a bigger chip on my shoulder. The league done messed up.”

In Collins’ mind, the Redskins’ gain is the Giants’ loss.

“[Haskins] looks awesome,” Collins said of what he’s seen of the rookie passer during offseason workouts. “Honestly. We all know every quarterback is going to make their rookie mistakes during OTAs. He’s going against veteran guys that know the game. So there are going to be mistakes. But arm power, trusting his arm and trusting throwing to receivers that he doesn’t trust yet and trying to fit it in there. He’s doing all those things. That’s what we need. He’s pushing the ball downfield.”

The Giants’ decision to take Jones wasn’t nearly as popular, at least in the days after the draft, and general manager Dave Gettlemen was the target of many fans’ ire.

“In three years, we’ll find out how crazy I am,” Gettleman told NBC Sports’ Peter King in the days following the draft. … “The bottom line is, I have confidence in what I do and who I am. I’ve been a part of organizations that had pretty good quarterbacks — Jim Kelly, John Elway, Kerry Collins, Eli Manning, Cam Newton. I’ve led a charmed life with the quarterbacks on the teams I’ve worked for. I know what good ones look like. The other thing is, résumés matter.

“Every once in a while, I wish the people taking the shots would take a minute to look at my résumé. I’ve been a part of teams that went to seven Super Bowls. I had a hand in some of them. But today, there’s no patience. And there’s no room for civil discourse in our society, which I find sad.”

The good news is that Jones has looked good during offseason workouts, and at times much better than 38-year-old Eli Manning. Ultimately, all that matters are regular-season wins and losses and for Jones, Collins and the rest, that reality is still more than two months away. And if you’re wondering, the Giants host the Redskins in Week 4 and the rematch takes place in Week 16.