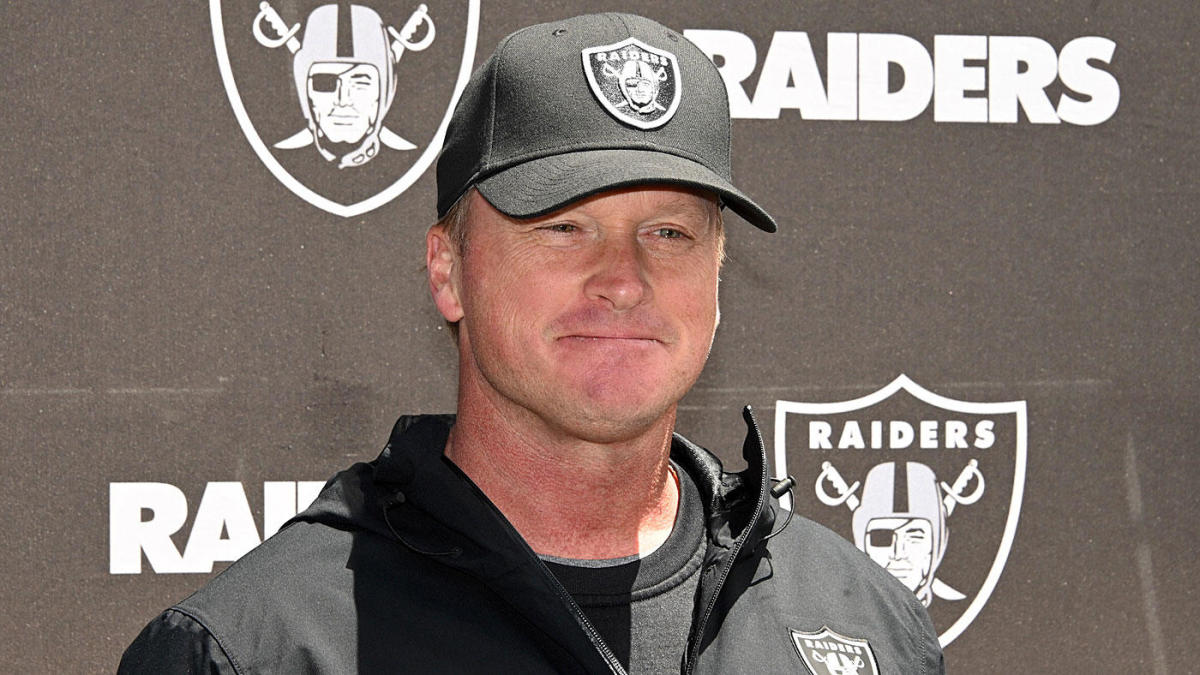 In what very well could end up being the craziest season of the show ever, HBO cameras will be following around Jon Gruden and a Raiders team that has made nonstop headlines all offseason. Not only did the Raiders trade for Antonio Brown, but they added multiple controversial players in Vontaze Burfict and Richie Incognito.

The HBO cameras will be following those three players, along with everyone else on the team, starting in July, when the Raiders head to training camp in Napa, California.

The NFL‘s decision to put the Raiders on “Hard Knocks” happened even though owner Mark Davis made it pretty clear this offseason that he wanted no part of the show.

“It would be disruptive,” Davis said in March. “We’ve got a lot of business to take care of, get ready for the season. I appreciate that they might think we’d be great TV, but we got something to accomplish.”

Davis slightly changed his tuned on Tuesday when the official announcement was made.

“Everybody wants to be a Raider. Now they’ll find out what it takes to become one,” Davis said in a statement.

Although Davis might not be thrilled that cameras will be following his team around during training camp, everyone at HBO Sports is pretty excited, including executive vice president Peter Nelson.

“If you’re a fan of football or great storytelling, ‘Hard Knocks’ with the Oakland Raiders is going to be must-see television,” Nelson in a statement. “We are so grateful to this storied franchise for opening up its doors and allowing HBO and NFL Films to spend the summer with the Raiders in what promises to be a compelling and engaging training camp.”

The footage used on the HBO show is all filmed by employees of NFL Films, and everyone at the league’s production company is looking forward to featuring the Raiders.

“Since the AFL-NFL merger, the Raiders have been a part of some of the most iconic moments in league history,” NFL Films senior executive Ross Ketover said. “We at NFL Films have been thrilled and honored to showcase the mythology of the Raiders from the Holy Roller, Sea of Hands, Ghost to the Post all the way to today with Coach Gruden and this unbelievable cast of players and coaches. Needless to say, we’re very much looking forward to this season of ‘Hard Knocks.'”

Although the announcement was made on Tuesday, Antonio Brown actually let the cat out of the bag one day earlier when he revealed on his Instagram page that the Raiders would be doing “Hard Knocks.”

The news that the Raiders will be featured on “Hard Knocks” will come as a relief to the four other teams being considered, and that’s because none of them wanted to be on it.

The 49ers, Lions, Giants and Redskins were the other teams that could have been picked. Back in May, the 49ers basically ruled themselves out. The Redskins and Lions then kind of teamed up and both voted for the Raiders to appear on the show, which is exactly the thing that’s now happening.