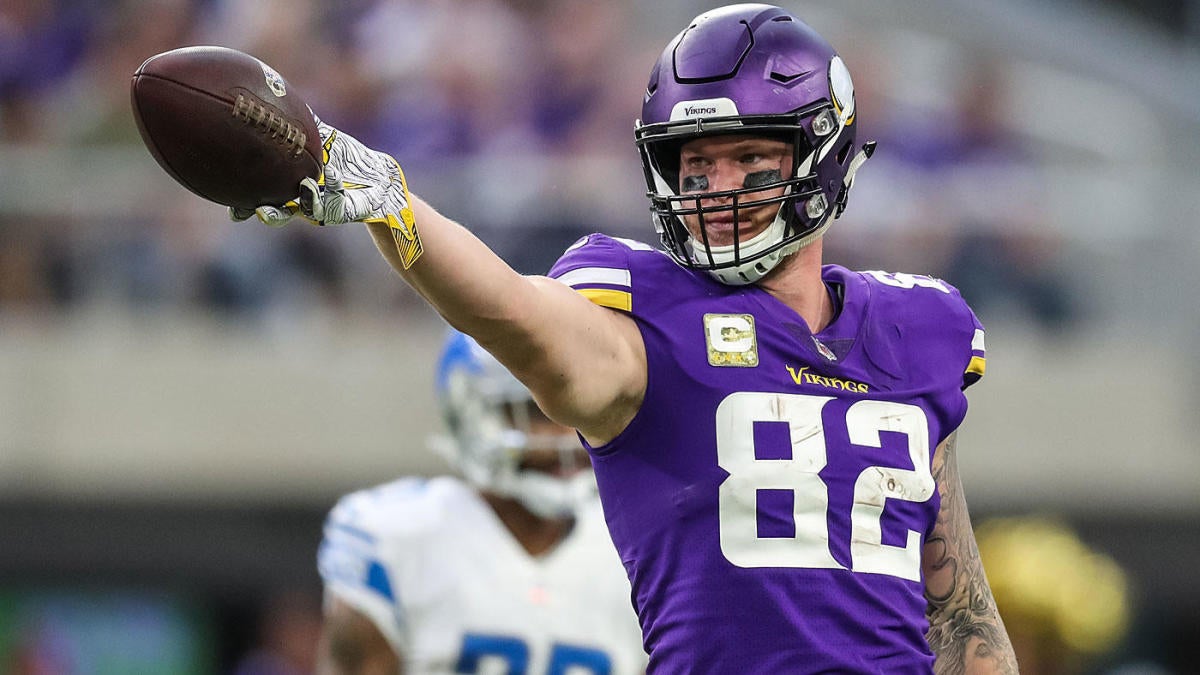 The Vikings won’t be trading away tight end Kyle Rudolph after all.

On Monday night, the Vikings agreed to a contract extension with Rudolph that should keep him in Minnesota for the foreseeable future. According to ESPN’s Adam Schefter, it’s a four-year, $36 million extension. According to ESPN’s Courtney Cronin, Rudolph will officially put pen to paper on Tuesday morning.

That might sound like a lot of money, but the important thing is that it should lower his cap number this year.

Rudolph, who had been set to become a free agent next year, was actually the first to break the news that he’s remaining with the Vikings.

“Just under a decade ago, I received a phone call that would change my life. On that day, all I knew is that I would be playing in the NFL, realizing my childhood dream. What I didn’t know was the role the state of Minnesota would play in my life,” Rudolph wrote on Twitter. “Marrying my wife and established our home…in Minnesota. Starting a journey to better the lives of children dealing with a disease that doesn’t discriminate…in Minnesota. Giving everything I can possibly give, professionally and personally, to the greatest sports franchise and its fans…in Minnesota. And I am honored beyond words to say that my home, our home, will always be…in Minnesota! #UnfinishedBusiness”

And with that, the endless trade speculation that has been buzzing this offseason is over. The saga began when the cap-strapped Vikings shopped Rudolph before and during the draft. The rumors intensified after the Vikings drafted tight end Irv Smith Jr. in the second round. On his part, Rudolph said he wanted to remain in Minnesota, but he also admitted he wouldn’t take a pay cut to stay with the team.

For very obvious reasons, the Patriots were always seen as a likely landing spot. Rob Gronkowski retired, and the Patriots didn’t really find a way to replace him in the draft or free agency — not that there’s really a way to replace Gronk. In late May, Benjamin Watson was suspended by the NFL for four games. Just last week, the Patriots cut offseason signing Austin Seferian-Jenkins while Gronk made it sound like he’s not going to come out of retirement. That made the Patriots the top candidate to acquire Rudolph, one of the league’s more consistent tight ends.

Since he entered the NFL back in 2011, Rudolph ranks 10th in receptions, 12th in receiving yards, and fourth in touchdown catches among all tight ends. He also hasn’t missed a game during the past four seasons.

Keeping him is huge for the Vikings, whose expectations have been the Super Bowl ever since they won the Kirk Cousins sweepstakes last year. With both Smith and Rudolph around, the Vikings can now use two-tight-end sets. They can also rely on Rudolph to be their top tight end while Smith makes the difficult transition to the pros. Smith will also be making that transition with an experienced veteran around to help him.

Meanwhile, the Patriots will have to look elsewhere if they want to fix their hole at tight end by bringing in some outside help.