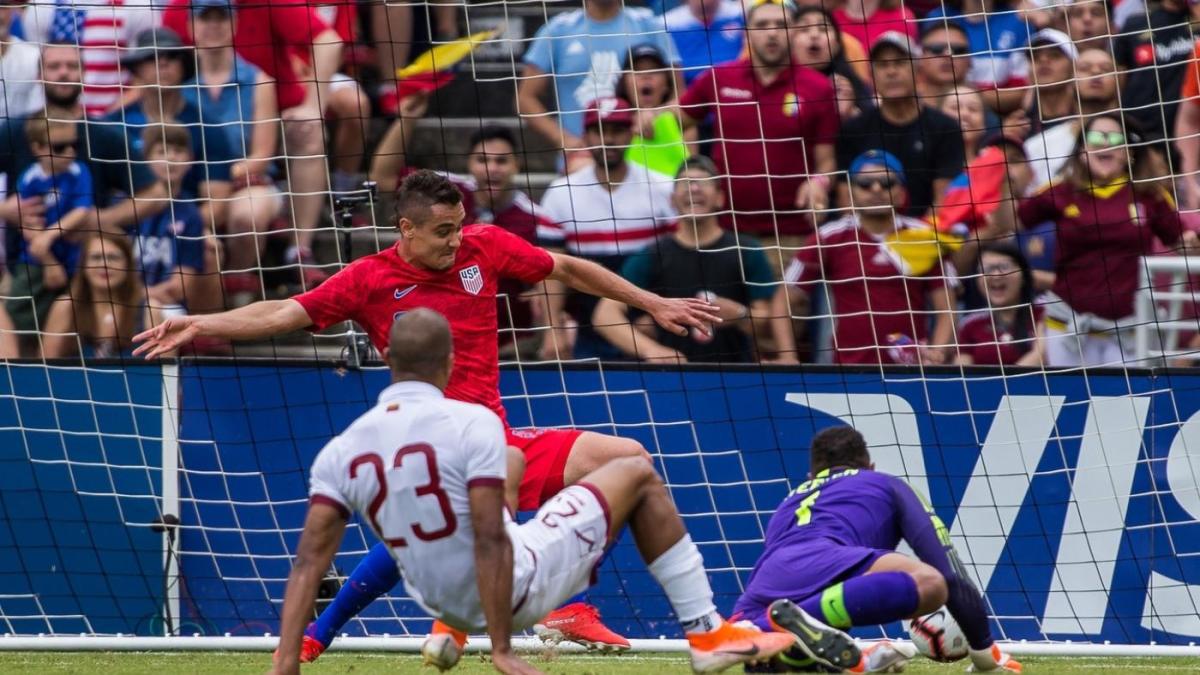 The United States men’s national team looked rough last week in the 1-0 loss to Jamaica in a Gold Cup tune-up. Things got worse Sunday. In the team’s final friendly before the tournament begins next week, the U.S. got smoked 3-0 by Venezuela in Cincinnati. Again playing without some of its best players, the U.S. failed to impressed, lacked ideas in attack and were simply careless. That has raised some doubts, infuriated the fan base and has rightfully raised the question — can this team really win the Gold Cup?

It’s time to worry a bit

Look, the USMNT fan base is extreme. One second, the sky is falling, the next all is fine and dandy. The truth rests somewhere in the middle, but it might be time to panic after Sunday’s loss, and not just because of the display.

Sure, the U.S. looked horrible. There was no identity, and coach Gregg Berhalter has done a bit too much tinkering with the lineup. If this is the last game before the Gold Cup starts, why not play more starters and build a little bit of momentum? Venezuela has some talented players but the team is a long way from becoming a threat to qualify for the World Cup. After losing 1-0 to Jamaica on Wednesday, it seemed only natural for the U.S. to take a step forward. Instead, Berhalter’s group took 10 steps back.

No Christian Pulisic, no Tyler Adams and no Michael Bradley make a difference, but the clumsy play defensively is concerning.

The mistakes are fixable

The issues really came in defense. I’m not going to judge the attack that much because Pulisic didn’t play and Jozy Altidore was limited. They are two key players for this team in the final third, but what was witnessed at the back has to be mentioned. Take a look at this first goal:

The second and third goals were just poor man-marking and lousy closing. These are all fixable mistakes, but it’s going to take film review, the will to improve and much better communication.

While he won’t feel any pressure from the federation — after all, his brother is the Chief Commercial Officer — the fans are coming with pitchforks online. Some already want him out, are questioning his decisions and more. That’s a bit silly considering he hasn’t even been on the job for a year. To his credit, he has called up some players to give them a chance, and he has never really fielded a starting lineup that would reflect the quality of one used at a major competition. He deserves the chance to show what he can do with this team at a major competition, and I think he’ll do fine. But the vibes from these last two friendlies have raised some doubts.

So, sit back, and let’s give this team a chance at the Gold Cup with Pulisic, McKennie, Adams, Bradley and Altidore leading the way. If they don’t make the final, then it is time to panic.

You can watch the entire Gold Cup on fuboTV (Try for free).