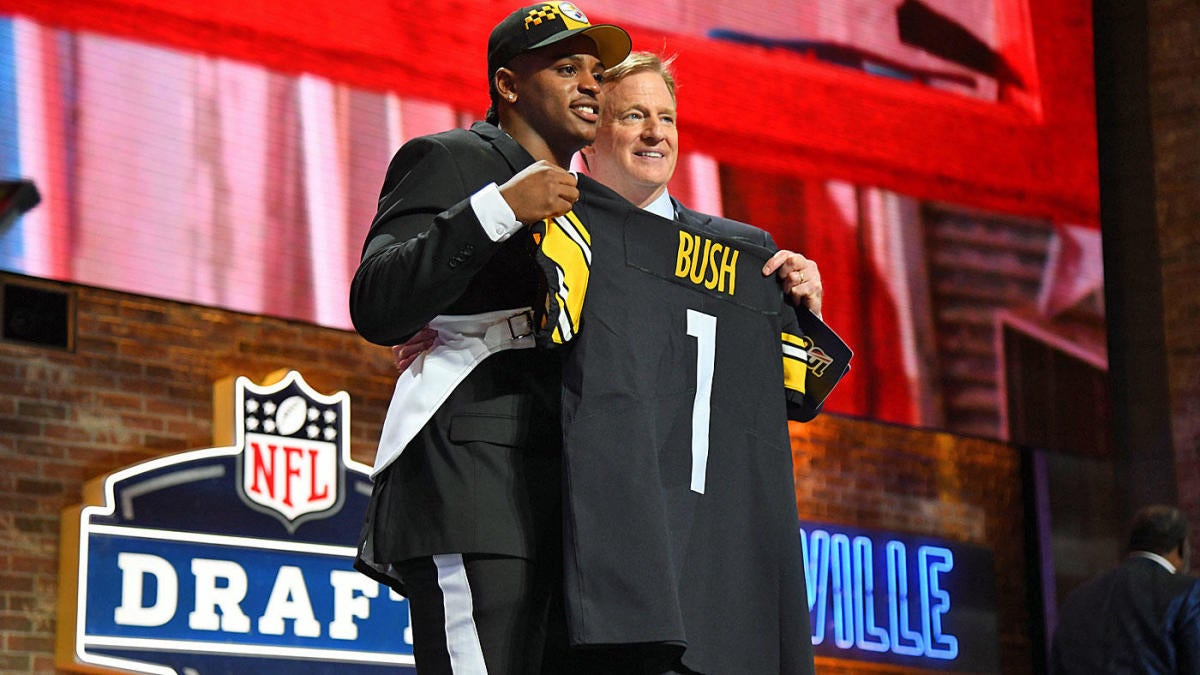 The Steelers have had a huge hole in the middle of their defense since losing Ryan Shazier to a spinal cord injury in December 2017. Sean Spence and Jon Bostic were replacement level at best as Shazier’s replacement over the next 20 regular-season games.

But in an effort to finally solidify a defense that has struggled at times in recent years, the Steelers traded up to No. 10 in the 2019 NFL Draft to select Michigan linebacker Devin Bush, who at 5-foot-11 and 234 pounds is two inches shorter and four pounds heavier than Shazier. Bush blazed a 4.44 40 at the combine (Shazier had an unofficial 4.36 at his Ohio State pro day), which makes him a sideline-to-sideline, three-down thumper.

And unlike previous years, when rookies often learned Pittsburgh’s complex defense while watching from the sidelines, the expectation is that Bush will be on the field early. Some six weeks after the draft, the returns are more than encouraging.

“He’s not the biggest guy, but he definitely walks with a presence, walks with a purpose,” outside linebacker and former first-rounder T.J. Watt said, via ESPN.com’s Jeremy Fowler. “He’s taken on a good role in knowing all the plays and being able to call some plays for us.”

There’s also this: “He’s quicker than snot,” Watt added. “He’s been flying around and making a lot of good plays.”

It’s that quicker-than-snot athleticism which has been missing from the Steelers’ D.

“He showed really quickly he’s going to be able to fit in well with the defense with that group of guys,” tight end Vance McDonald said. “When you look at him, you don’t expect him to be as quick or as agile as he is. There’s a couple of things he needs to work on: being more vocal, because of the role Coach Tomlin wants him to fit into quickly, and the expectation of him doing that. But that’s still such a young thing. You never want to overstep, especially when the pressure is on. I think that will come, especially in Latrobe as he gets the pads on.”

“We identified Devin even going back into last year, watching him (as a sophomore at Michigan),” Colbert told reporters the night Bush was drafted, via the Detroit Free Press. “We scouted him extensively. We had four different people go in, myself included. We saw him play live games. We visited him at the combine. We visited with him the night before his pro day. Attended his pro day. This is a quality, quality young man and an excellent football player.”

Tomlin added: “He’s an all-situation linebacker. We’re equally as fired up about his intangibles. He comes from a football family, he’s a football guy. Everyone speaks very highly of him as a player and a person. We interviewed a lot of Michigan players during the draft process and it was unanimous of who their unquestioned leader was. The position he plays is like a defensive quarterback, that’s something that comes very natural to him.”

While the Steelers lost Antonio Brown and Le’Veon Bell in the offseason, the offense should still be one of the most high-powered units in the league. It’s the defense — starting with Bush — that will determine how far this team will go in 2019.